Australia’s economy is sizzling by most measures: The monthly jobless rate is nearing a record low, inflation is accelerating, and business confidence is soaring. After a rare recession induced by COVID-19, the government reckons growth will be well in excess of the global average this year.

Reads like a textbook case for an interest-rate hike. But will politics get in the way?

Pretty much anything that happens right now is viewed through the lens of the election on May 21. While the Reserve Bank sets borrowing costs independently of Canberra, it hates getting dragged into partisanship. And nudging up the benchmark rate from near zero on May 3 would do just that. 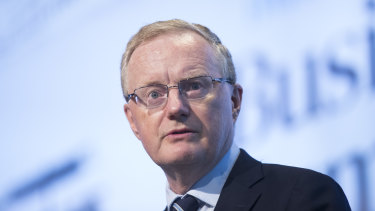 The last time the bank tightened during a campaign was in 2007, when then-prime minister John Howard counted on a strong economy to hold off Kevin Rudd. Howard lost, and his team admonished the central bank. There was a lot more going on at the time — Howard’s support for the war in Iraq was deeply unpopular — but higher rates became part of the autopsy.

RBA Governor Philip Lowe would probably prefer not to go there — and many economists doubt he will. They also say the case for a hike soon is strong. By waiting until June, Lowe may even need to lift the main rate by more than a quarter point, a bigger first step than analysts anticipated a few months ago. He’ll have the advantage of scrutinising the Federal Open Market Committee’s May 4 decision, which may result in a half-point climb.

But does declining to act on the data test the very autonomy the RBA seeks to preserve? Like every central bank, the RBA operates within parameters set, ultimately, by the political class. Lest we forget, the bank doesn’t deliberate in complete isolation from the government, either; the top bureaucrat at Treasury, Steven Kennedy, sits on the RBA’s board.

While the Reserve Bank sets borrowing costs independently of Canberra, it hates getting dragged into partisanship. And nudging up the benchmark rate from near zero on May 3 would do just that.

Neither Prime Minister Scott Morrison nor Labor leader Anthony Albanese have hinted that the RBA’s independence might in jeopardy. That said, both parties have pledged a review of the central bank after the election, the first in decades, even if they have been vague about the details. Some change is coming, no matter the victor. It’s understandable Lowe might not want to kick a hornet’s nest.

For his part, Morrison considers the thriving economy to be his best chance of a come-from-behind win. He has trailed in polls for much of the past year, partly because of COVID fatigue and in-fighting among his party. Morrison’s term got off to a poor start with bushfires ravaging the east coast while he was on holiday in Hawaii. During the pandemic, Morrison struggled to get his way with state leaders wanting to pursue their own strategy. Hammering Labor on the economy is Morrison’s best, and perhaps last, hope.

The current backdrop may be too hot even for the prime minister. The RBA said in minutes of its April meeting, released on Tuesday, that inflation will probably breach its 2 to 3 per cent target in the first quarter. A worse-than-anticipated outcome could be a setback. Labor would have an opening to attack him on the cost of living and the inevitability of rising home loan payments. It might raise the prospect that Lowe can’t wait until June.

Albanese hasn’t done himself any favours, having been unable to recall the unemployment rate in the campaign’s opening week. He also didn’t know the RBA’s main rate. The ridicule that followed was deserved.

If one of Albanese’s handlers is reading this column, write a Post-It note for the boss: CPI. 11:30 am Wednesday. Morrison probably has his lines already worked out. Here’s a second date: Tuesday, May 3. The RBA monthly policy statement that afternoon ought to be a must-read rather than a placeholder.