SpaceX was seconds away from sending dozens of satellites into orbit aboard its Falcon 9 rocket on Tuesday when the launch was called off because an airplane entered its launch zone.

The launch's 24-hour delay earned the ire of SpaceX CEO Elon Musk, who tweeted that the rocket's "keep out zone" is "unreasonably gigantic."

"There is simply no way that humanity can become a spacefaring civilization without major regulatory reform," Musk tweeted minutes after the delay. "The current regulatory system is broken."

It's the latest in a long-running feud between Musk and regulators. In December, the Federal Aviation Administration says that SpaceX ignored several warnings from the agency when it launched its Starship SN8, which it hopes will one day take humans to Mars.

The FAA told FOX Business earlier this month that SpaceX sought a waiver to "exceed the maximum public risk allowed by federal safety regulations," but was denied the request. 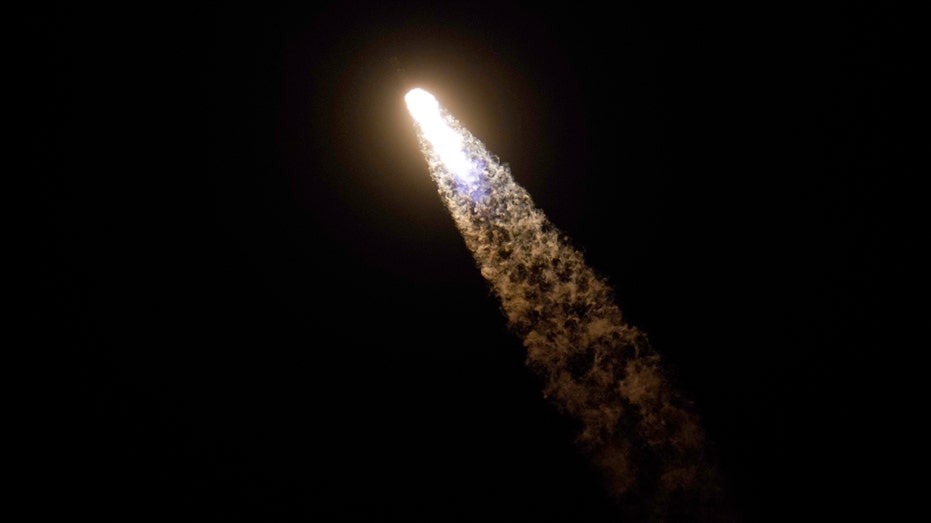 A SpaceX Falcon 9 rocket with the Crew Dragon space capsule leaves a trail of smoke as it lifts off from pad 39A at the Kennedy Space Center in Cape Canaveral, Fla., Friday, April 23, 2021. (AP Photo/John Raoux)

Musk said in January that the "FAA space division has a fundamentally broken regulatory structure."

"Their rules are meant for a handful of expendable launches per year from a few government facilities," Musk tweeted on Jan. 28. "Under those rules, humanity will never get to Mars."

It's not just the FAA that Musk has gotten into testy exchanges with. He hung up on the head of the National Transportation Safety Board in 2018 during a phone call about a fatal car crash involving a Tesla Model X, Bloomberg reported. And he infamously got into hot water with the Securities and Exchange Commission that same year when he tweeted about taking Tesla private.

Despite the run-ins with regulators, Musk tweeted in April that he agrees with them "99.9% of the time."

"On rare occasions, we disagree," Musk tweeted on April 27. "This is almost always due to new technologies that past regulations didn’t anticipate."

After the delay, SpaceX is planning to launch the Falcon 9 rocket Wednesday afternoon from Cape Canaveral Space Force Station in Florida.

The rocket will take 88 satellites into space for a mix of private companies and government entities, including three satellites for Starlink, which the company hopes will provide high-speed internet to the world.