A day after Disney said it would delay reopening its California theme parks, the union representing actors at Walt Disney World said Thursday that the company should also postpone welcoming back guests at its Florida parks, which are scheduled to reopen next month after being closed since March because of the coronavirus pandemic.

The Actors' Equity Association said that it was unclear how Disney World could "responsibly" reopen as coronavirus cases continue to soar in the Sunshine State. Florida reported having more than 114,000 confirmed cases on Thursday, a jump of about 5,000 cases over the previous day. The state has had at least 3,327 coronavirus-related deaths.

The actors' union said it was concerned that not enough testing was planned for the parks' actors who are unable to use face masks when doing their jobs — performing — unlike other park workers. The union represents about 600 actors at Disney World, out of a total workforce of 77,000 employees at the theme park resort.

"For weeks, we have made it clear to Disney that testing is a fundamental part of maintaining a safe and healthy environment for everyone, from the guests to the cast," Mary McColl, executive director of Actors' Equity Association, said in a statement. "It is deeply disturbing that while coronavirus cases in Florida surge, Disney is refusing to provide regular testing to one of the few groups of workers in the park who by the very nature of their jobs, cannot use personal protective equipment."

In California, Disney had hoped to reopen Disneyland and Disney California Adventure in Anaheim on July 17 after a four-month closure due to the coronavirus. But the state has indicated it won't issue guidelines until after July 4, causing the company to delay reopening those parks.

Florida has had a less severe outbreak than most other states in deaths so far, but its new cases are surging at rates in the past two weeks that make it the fifth-highest per capita. The spike reflects both expanded testing availability and renewed community spread over the past month. Adherence to distancing and hygiene guidelines has eased, especially when people socialize, since the state entered its phased reopening of the economy, state and hospital officials have said.

Hospitalizations for COVID-19 also are ticking upward statewide — though not quite as dramatically as cases — reaching levels of new admissions approaching those in April and May. Over the past week, new admissions have been about 150-170 per day, according to figures compiled by covidtracking.com. 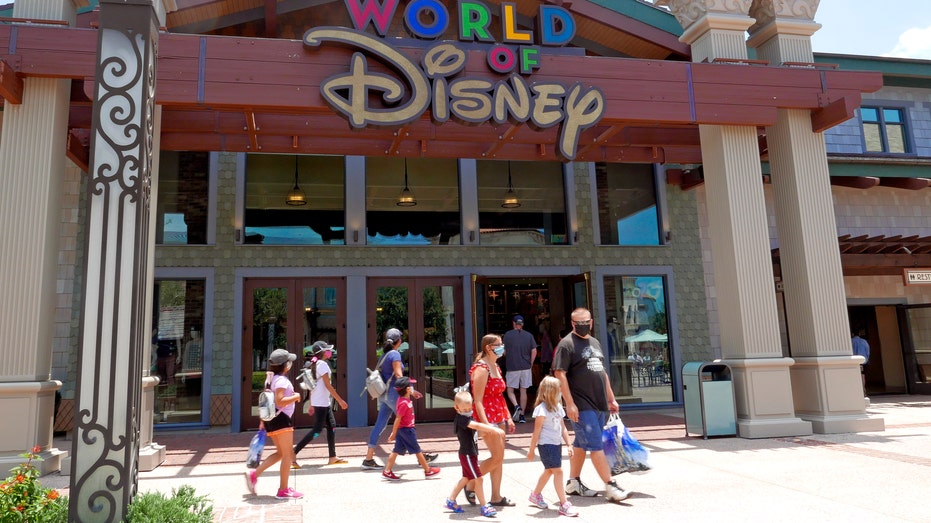 Still, there are concerns that could change in the weeks ahead, with older and more vulnerable populations becoming infected and suffering more acute illness.

DeSantis and hospital officials have said recent cases are generally not as acute as during peak periods in April. Also, recent hospitalization numbers include people entering for other reasons but who test positive in what are now routine COVID-19 tests. Officials have attributed the lesser severity of cases to the patients skewing younger.