‘The government could not even ensure the payment of wages by the private sector during the lockdown.’
‘We have experienced all kinds of exploitation during the pandemic.’

The Bharatiya Mazdoor Sangh, the trade union affiliated to the Rashtriya Swayamsevak Sangh, is angry.

“The government may think capitalists are the drivers of the economy, but we are of the opinion that India should be a mixed economy,” Sinha tells Rediff.com‘s Shobha Warrier.

The concluding segment of a two-part interview:

But the political class has to meet the people and ask for votes, and not the bureaucracy. And, if people are disgruntled, they will not elect them again…

That may be the truth. But if you look at those who hold the top positions in the PSUs, you will see that they are the well-wishers of the political leaders.

You will see that incompetent officers are posted as top officials in all the PSUs just because of their closeness to some political masters.

That’s the reason why the PSUs are becoming loss- making institutions.

Ours is a mixed economy. We don’t want any sector to have a dominant role, whether it is the government sector or the PSUs or the private sector.

There should be a balance where all the three should have equal importance.

The government may think capitalists are the drivers of the economy, but we are of the opinion that India should be a mixed economy.

The private sector may be providing more employment opportunities than the public sector, but we are worried about the working conditions and the security of the workers.

Do you feel workers are being exploited by the private sector?

Yes. This is our major worry. Didn’t you see what happened during the pandemic? The wages of the workers were reduced, senior workers were retrenched, new workers were taken on lower wages… The government could not even ensure the payment of wages by the private sector during the lockdown.

We have experienced all kinds of exploitation during the pandemic.

Do you know, even though it is not visible, workers are migrating even today? The situation they are in, is very bad.

This is the reason why we are opposing the government’s economic policies.

We wish the government discussed these issues with all the stakeholders.

We are not saying only workers should dominate; we are asking for tripartite discussions involving the government, the employers and the workers’ unions.

You said the other day that the government was in no mood to listen to the workers of the country. Why did you get that feeling? Was it because the government refused to meet you people?

This is like a labour parliament where the labour representatives can express the views of the workers to the prime minister.

Do you know for the last seven years, there has been no Indian Labour Conference?

This government has constituted a group of ministers to deal with the trade unions.

But since 2015, no discussion has been held with any of the central trade unions.

What should we conclude from this? That the government wants to ignore all the trade unions? It is a fact that we feel ignored. 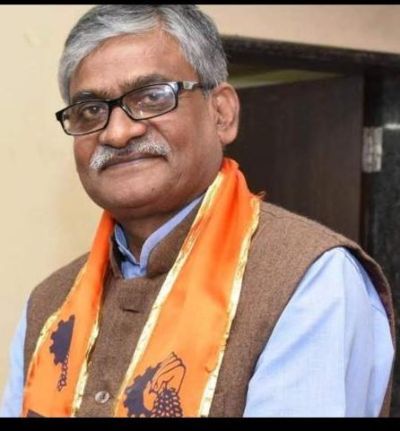 The BMS is affiliated to the RSS which supports the BJP government. If you could not approach the government, what about the other trade unions?

I think the media is confused that we are closer to the government.

The BMS is an independent trade union.

The similarity is that we belong to the RSS, and the BJP is also close to the RSS.

But the Modi government doesn’t belong to the RSS, or close to the RSS or the BMS.