Kerala, Punjab, Telangana and Andhra Pradesh are among the major agriculturally important states that have banned the use of glyphosate citing its adverse impact on human health. 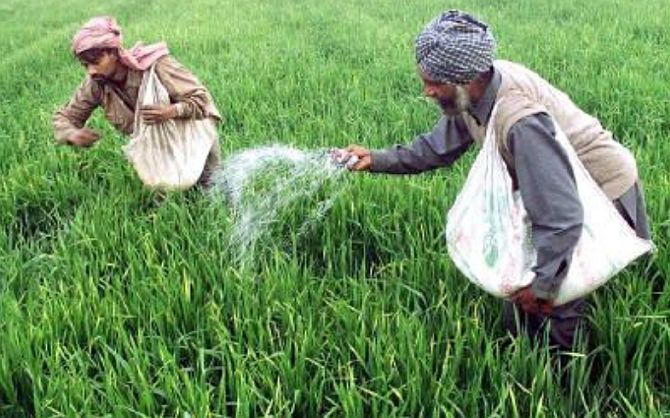 In a sudden move, the Central government has issued a draft notification that seeks to restrict the use of controversial plant chemical glyphosate only through pest control operators.

This, according to some experts, also means that the widely used plant chemical might not be widely available for direct use by farmers, though the draft notification does not explicitly say so.

The draft notification said the decision to restrict the use of glyphosate only through pest control operators has been framed after receiving a report from the Kerala government that asked for prohibiting the distribution, sale and use of the chemical and its derivatives.

Kerala, Punjab, Telangana and Andhra Pradesh are among the major agriculturally important states that have banned the use of glyphosate citing its adverse impact on human health.

The Central government, though, has not banned the substance so far.

Glyphosate and its adverse effects came into the limelight after the Word Health Organization’s International Agency for Research on Cancer published a study in 2015 that said the chemical is “probably carcinogenic to humans”.

Thereafter, several countries moved to curtail its use. In India, the plant chemical has been in use in tea and rice for quite some time.

Trade sources said it is one of the most widely-used herbicides for weed management both, in agricultural and non-agricultural situations such as along the side of irrigation channels, railway rights-of-way and around buildings.

It is also used in farms, orchards, vineyards and agro-forestry for non-selective vegetation control to maintain bare ground on non-crop areas.

Though it has been in use for a long time, the demand for banning the plant chemical gathered pace in India after HTBt cotton started being planted in a big way across the country despite not having full approval.

When Glyphosate is sprayed on HTBt cotton, it apparently kills the weeds but does not affect the crop, which saves labour cost for the farmer.

Meanwhile, the draft notification also said that all those holding certificates of registration granted for glyphosate and its derivatives shall return the certificates to the Registration Committee.

This is to enable the incorporation of the advisory that the plant chemicals can be used only through pest control operators boldly in all labels and leaflets promoting its use.

It also proposes to penalise those who don’t return their certificates within three months.

Comments and suggestions on the draft notification could be sent within 30 days.

The draft notification has rattled a section of the plant chemical industry, which says the sudden move is detrimental to the country’s food security.

“The Agriculture Department could have discussed with industry bodies and other stakeholders before coming out with this draft notification.

“If this decision were to be implemented, it would adversely affect agriculture production, as the herbicidal use of glyphosate would drastically be reduced.

However, Kavitha Kuruganti of Alliance for Sustainable and Holistic agriculture termed the draft order ‘pretty useless’.

“It does not address anything related to the sale of glyphosate.

“In the absence of regulatory oversight over who is selling, who is buying and who is using on the ground, what is the point of saying that use is restricted to only by Pest Control Operators?

“It appears that the government has not yet grasped the full set of repercussions with glyphosate.

“The government needs to go to the next logical step of banning the chemical,” Kuruganti said.

Centre issues draft notification limiting the use of glyphosate only through pest control operators.

This is to enable them to incorporate the advisory that the herbicide can be used only through pest control operators in their labels.

Comments on the draft notification can be sent within the next 30 days.