The RBI governor is focused on growth, and keeping rupee slightly depreciated is part of that ‘Atmanirbhar Bharat’ strategy. 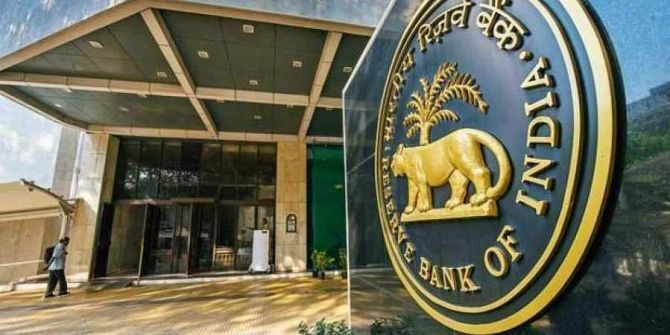 A deluge of foreign fund inflow in India’s equity markets is getting mopped up by the Reserve Bank of India (RBI), swelling its reserves and preventing rupee from appreciating.

The intervention is leading to two outcomes: It is not letting the rupee to appreciate and adding liquidity in the banking system to help the government borrow a record Rs 12 trillion from the market.

So far, the strategy has worked well. But now the excess liquidity and cheap rates could be causing some systemic problem for the future, experts have started to warn.

RBI Governor Shaktikanta Das is mindful of that.

He, however, has ruled out premature withdrawal of liquidity as that would hurt the incipient recovery in the economy.

And so, it is likely that the rupee would be allowed to remain weak for some more time, even as peers in the region gains sharply.

According to Bloomberg, most currencies in the region have appreciated, but the rupee is down 3 per cent this year.

“The RBI governor is focused on growth, and keeping rupee slightly depreciated is part of that ‘Atmanirbhar Bharat’ strategy. But eventually the RBI will have to let the rupee appreciate,” said Ritesh Bhansali, vice-president, Mecklai Financial.

So far this year, on a net basis, the flows into equity has been about $19 billion.

Besides, there has been foreign direct investment (FDI) and mergers and acquisition flow of another $30 billion, says Bloomberg data.

At the same time, the foreign reserves in this calendar year have risen by $122 billion to $579 billion.

This suggests that the central bank absorbed all the flows and prevented appreciation, while letting the rupee depreciate whenever there was an outflow, instead of trying to arrest a fall.

There could be a good reason for that.

“A stronger rupee doesn’t help when the economy is so weak,” said Indranil Sen Gupta, chief economist of Bank of America Securities.

There is a limit to how much a country can buy reserves.

In the case of India, that limit could be $550 billion, but the central bank continues to accumulate reserves and flush the system with liquidity.

It will likely continue with this strategy in the coming days as well.

“We continue to expect the RBI to buy FX when USD weakens and let INR depreciate when it strengthens.

“It is unlikely to let its guard down when there are so many global uncertainties,” Sen Gupta said.

Rupee’s real effective exchange rate (REER), which measures the currency’s strength against its 36 trade partners, is overvalued to quite an extent.

So, on a REER basis too, rupee’s strength is not in the interest of the country.

As far as the excess liquidity is concerned, Deputy Governor Michael Patra said in the latest policy press conference that it was a “function of the stance of monetary policy,” which was accommodative for as long as necessary to revive growth.

While the RBI is aware of excess liquidity potentially pushing up inflation, the low rates are a result of asymmetric distribution of liquidity.

“We do not want to intervene in market processes,” Patra said, adding the effort was rather to create the symmetry in liquidity distribution.

Currency dealers say if rupee would have to appreciate, no matter how much the flows, it won’t be beyond 72.50-72.80, considering the preference of the central bank to keep rupee weak, despite its stated policy of managing volatility not protecting a level.