Sandeep Vaheesan is legal director at the Open Markets Institute, an antimonopoly research and advocacy group. He previously served as a regulations counsel at the Consumer Financial Protection Bureau. The opinions expressed in this commentary are his own.

For months now, physicians, nurses and other frontline health care workers have put their lives at risk to treat Covid-19 patients and prevent the further spread of the virus. Despite this sacrifice, hospitals have allegedly dismissed health professionals who spoke out against conditions and practices harmful to staff and patients and disciplined workers who refused to work without adequate personal protective equipment. Hospitals have also furloughed workers they purportedly can’t afford to pay. Even though there is demand for these workers, some health professionals could face extended unemployment.

Because many US-based health care professionals are bound by non-compete clauses, getting fired or furloughed could mean they are unable to work for a prolonged period in their own community. If Congress doesn’t outlaw these coercive contracts, America’s entire health care system could suffer.

Through non-competes, employers restrict what workers can do and where they can work after leaving their jobs or, in some states, losing them — either temporarily or permanently. Workers under a non-compete cannot accept a “competitive” position, which can mean another job in the same occupation or even industry, in their city, state or the entire United States for a period of up to two years after leaving their current employer. They are similarly restrained from starting their own competitive business. 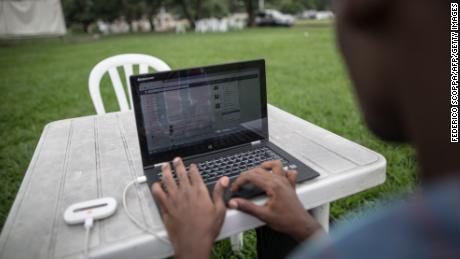 Non-competes have become common in medicine. According to one multistate survey from 2018, approximately 45% of primary care doctors are bound by non-compete clauses. Research has found that employers have also imposed non-compete clauses on nurses. Health care employers see non-competes as an important and valuable tool that binds workers to their present position. For example, in May, one hospital in Grand Rapids, Michigan, citing financial troubles, allegedly gave its more than 1,000 doctors an ultimatum: Sign a non-compete or face up to a 25% pay cut.
Non-compete clauses can have lasting consequences on doctors and the communities they serve. Depending on the language, a non-compete can turn termination into lengthy involuntary unemployment. A physician’s non-compete, for instance, may prevent them from working at any rival hospital or clinic in their community, state or region for one or two years after dismissal. Accepting a new job when subject to this contract can invite cease-and-desist letters and threats of litigation from their previous employer. Not only does this hurt their ability to make a living, but this forced unemployment can sever physician-patient relationships that have been developed over many years and create a community-wide shortage of desperately needed doctors. In one Midwestern community, for instance, non-compete agreements locked a group of colorectal surgeons out of their specialty and meant that 700,000 people were served by just one colorectal surgeon. The result was longer wait times for patients with serious conditions such as colon cancer.

Health care workers bound by non-competes may opt to remain quiet instead of speaking up about unsafe conditions. Multiple physicians have expressed reluctance to voice concerns on the job on account of their non-compete clauses. Non-competes deter doctors from fulfilling their ethical obligations on the job. Speaking out about the lack of personal protective equipment or poor testing processes can mean unemployment or forced relocation. Through the weapon of non-competes, health care employers have imposed a code of silence among doctors. As a result, their colleagues and patients may suffer from the indifference and recklessness of their employers and other public health actors.
Employers generally do not even have to go to court to wield non-competes as a coercive instrument. Non-competes rarely reach court, and employers know that their mere existence can scare workers into staying in place. An employer’s threat to enforce a non-compete through litigation, or a firm reminder of a worker’s non-compete, can be enough to deter workers from looking for a new job. And with student debt, rent or mortgage payments, and other financial obligations, waiting out a non-compete through extended unemployment is not an option many — even those making six figures annually — can endure.

The harms of non-competes are not confined to the most serious phase of the present crisis nor to the medical profession. As many as 60 million workers (nearly half the US private-sector workforce) are bound by a non-compete clause, and more than 40 million Americans have filed for unemployment insurance over the past several months. When job seekers will outnumber openings by a wide margin, most employers will have the privilege of being highly selective. With a flood of applications, they will look to screen candidates quickly, and many might decline to consider applicants restrained by a non-compete clause due to the risk of litigation with the person’s former employer. For many job candidates, their non-compete clause could mean being on an effective blacklist and result in protracted unemployment despite a desire to work.
Non-compete clauses could also hurt the most vulnerable Americans by preventing doctors, nurses and other health professionals from speaking out and publicizing shortcomings in their employer’s approach to Covid-19. And tens of millions are, or soon will be, looking for work. They face many obstacles, including, for some, a non-compete that restricts their right to work. Congress should guarantee that all workers can perform their professional duties and look for jobs without these oppressive contracts hanging over their heads.
Source: Read Full Article