Fai­l­ure to increase domestic production and rising local dem­and has made Modi’s targets impossible to achieve. 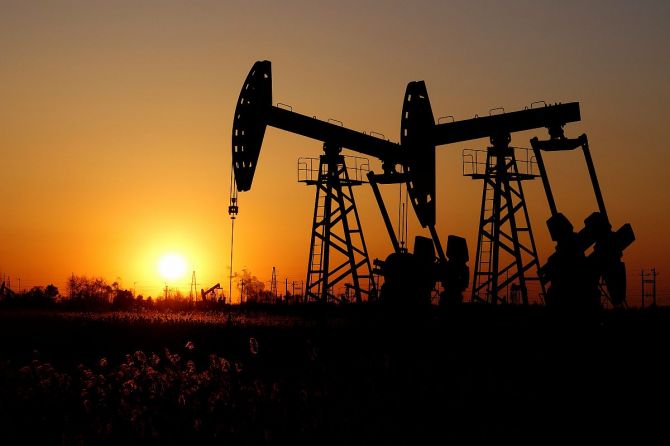 India’s dependence on impo­rted crude oil to meet dom­estic demand has been a matter of concern for years.

Delivering the inaugural add­ress at the global energy summit — Urja Sangam — in 2015, Prime Minister Narendra Modi had called for enhancing dom­estic oil and gas production to cut the import burden.

He aimed at lowering it by at least 10 per cent by 2022 — to coincide with the platinum jubilee of India’s independence.

But this target is far from be­ing achieved and the count­ry’s import reliance has only risen.

“India is dependent on im­ports to meet 77 per cent of our energy requirements from the oil, gas and petroleum sector.

“This lowering of import will be by hiking domestic production by 10 per cent.

Instead of cutting imports by 10 per cent, its proportion has continued to rise from 2015.

Annual domestic crude oil output has fallen to below 30 mill­ion tonnes (mt) and total imp­o­rt has risen to 226 mt.

The fai­l­ure to increase domestic production and rising local dem­and has made Modi’s targets impossible to achieve.

Offering some relief, domestic demand for fuel had tempered a bit during the Covid-19 lockdowns in 2020 and for a part of 2021 (see “Slipping up on oil”).

But fuel demand is expected to return to pre-Covid levels by the end of 2021.

Dom­estic production of crude oil, however, might not keep pace.

The slowdown in crude oil production was partly on account of the lockdown; ageing fields that form the mainstay of domestic output are also drying up fast.

These fields were awarded by the earlier governments under various fiscal regimes.

The ministry of petroleum and natural gas has made atte­mpts to offer more acreages for oil and gas exploration, and pro­d­uction, but these exercises have not helped much.

The slow pace of approvals coupled with crude oil price volatility has made monetising existing and fresh discoveries difficult.

These new batches of oil and gas assets were given out under a liberal­i­sed fiscal regime with a focus on maximising production.

But participants in the Open Acre­age Licensing Policy (OALP) and the Discovered Small Field (DSF) bid rounds, both conducted by the Modi government, are struggling to start production.

Making things worse for Ind­ia, the price of Brent, the most popular marker for crude oil, is now around $75 a barrel from an average $64 a barrel in 2019.

This puts significant pressure on India that has to rely more on imports for meeting its needs.

The Indian Basket of cru­de oil, the price at which Indian refineries buy crude oil, stood at $73.59 a barrel on June 29.

“Dependence on imports of crude oil was 86 per cent for domestic consumption in 2020-2021.

“Import dependence is likely to remain at 86-87 per cent for financial year 2021-2022 as well,” said Prashant Vasisht, vice-president and co-head, corporate ratings, ICRA.

This reliance on imports puts Indian fuel prices at the mercy of global cues.

Coupled with the state and central taxes, petrol and diesel prices in the country have risen to record levels, hurting consumers across sectors.

High diesel prices, which have crossed Rs 100 a litre in some states, are jacking up inflation due to more expensive transport costs.

Higher crude oil prices will continue to directly impact fuel prices, which are at their peak, in the absence of any steps taken to reduce taxes, said Bhanu Patni, senior analyst at India Ratings and Research.

“A 10 per cent increase in diesel prices will result in a 31 basis point increase in wholesale inflation directly,” making all commodities dearer.

During his 2015 address, PM Modi had also said, “If we need to achieve global benchmarks, then we need to be self-sufficient in the energy sector.

“There can be new sources of en­ergy that can emerge, even those that we are not aware of right now.”

This seems to be the directi­on in which India is moving.

“It’s quite clear now that Ind­ia’s crude oil and liquefied natural gas import dependency can­n­ot be brought down by ra­m­p­ing up domestic explor­ation and production.

“It can only happen through a massive push for biofuels and electrification of energy consumption, and sourcing that electricity from renewable energy, particu­l­­arly solar,” said Debasish Mis­hra, leader (energy, resources and industrials), Deloitte in India.

“With storage technologies, hydrogen fuel cells, among others, becoming commercially viable in the next couple of years, India may realistically be able to reduce its fossil fuel imp­ort dependency,” Mishra added.

India is also betting on etha­nol to trim import requirem­e­nts.

In this direction, targets for blending ethanol with petrol have been advanced.

There is also a sliver of hope from natural gas, where India meets just half its domestic demand from imp­orts.

Experts say that domestic gas production would rise by ar­o­und 25 per cent in 2022, allowing leg room to trim imports there.

But these moves will impact crude oil imports by a small fraction and Modi will face much disappointment about his 2022 goal.