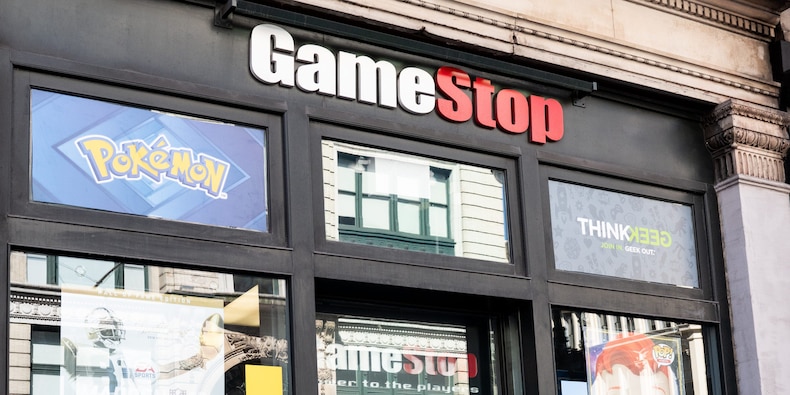 GameStop shares will plunge to around $10-$20 a share by the second quarter of 2021, according to Dan Ushman, founder and chief executive officer of TrendSpider, a trading-software company.

Ushman said he believes the price of GameStop will fall by 85%, returning “to where it was before the insanity began.” TrendSpider is known for providing comprehensive charting software that features automated technical analysis.

“I believe this was a carefully orchestrated pump by a large hedge fund,” Ushman told Insider. “I do not believe that the people on Reddit have a sufficiently large amount of capital (collectively) to cause the price of a multi-billion-dollar company to shift to those extremes.”

Read more: Bank of America says buy these 17 under-owned stocks that are set to benefit from a faster economic recovery and improved COVID response

The executive also speculated that a large fund most likely “piggy-backed off the shenanigans of [GameStop] in order to avoid public scrutiny and the wrath of the other hedge funds they hurt in the process.”

Prior to the Reddit-fueled trading frenzy, shares of the video game retailer hovered around $20 apiece. Ushman said that he will not be surprised if the shares slip even lower.

Ushman, an avid trader since 2008, said it is normal for markets to be “inefficient” for a short period of time. Historically, the CEO said the selling pressure will inevitably “crash it back to earth.”

While his forecast sounds dire, it isn’t too far off from Wall Street’s view, albeit over a different time period. The consensus 12-month price target on GameStop stock is currently $13.44, or roughly 79% below current levels, according to Bloomberg data.

Ushman is short GameStop, and his short position consists of put contracts that will start to pay out if GameStop stock falls below $39 by expiration in April.

“The spike in GME’s price was a 7-sigma event, and very few institutions, and certainly not a bunch of people on Reddit, have the capital and ability to continue to prop the stock price up forever,” Ushman said.

The GameStop frenzy dominated market headlines for weeks, as the stock skyrocketed from around $40 to intraday highs of over $450.

Read more: ‘Everything’s turned completely upside down’: A 41-year market vet breaks down why we’re hurtling toward a 40% crash as rampant speculation reaches dangerous heights – and says the market is due for 5-10 years of negative returns