(CNN Business)Before the coronavirus pandemic hit, India and China were positioning themselves as global climate leaders.

While virus lockdowns have provided temporary blue skies from Delhi to Beijing, and beyond, as China and India prepare to resuscitate their economies experts warn doing so without environmental regard could wind back their previous good work on climate.
That could have devastating effects on the health on billions of people. Air pollution already kills 7 million of us every year, damages our children’s health and development, causes serious breathing and lung problems, and even affects babies in the womb. 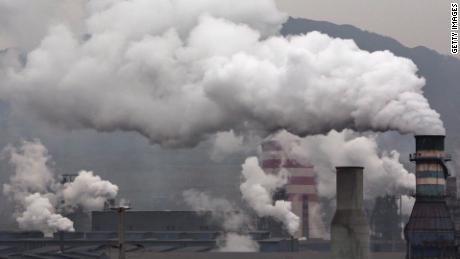 Now climate experts are demanding countries use this recovery period to enact policies that reduce emissions and invest in renewable energy and climate-resilient infrastructure. That, they say, will create jobs, be better for the economy in the long term and, crucially, save lives.
Bailing out fossil fuel companies and funding high-carbon industries, by contrast, will set back the planet’s chances of limiting global temperatures to within levels needed to stave off the worst of the climate catastrophe.

For Pulitzer Prize-winner Joseph Stiglitz, and a group of leading economists, this is a make or break moment.
“The recovery packages can either kill these two birds with one stone — setting the global economy on a pathway towards net-zero emissions — or lock us into a fossil system from which it will be nearly impossible to escape,” they wrote earlier this month in the Oxford Review of Economic Policy.

Before the virus hit, India had clear targets on climate change.
It had committed to having 40% of its power generation supplied by non-fossil fuels by 2030, and had increased its target for renewable energy capacity to 450 gigawatts by then, too.
Demand for coal — which generates about 75% of India’s electricity — was down, as renewable energy became much cheaper, and on the world stage India had taken a lead in climate negotiations.
“Before pandemic hit the predictions were that India would surpass its targets,” said Aparna Roy, associate fellow and co-lead on climate change and energy at the Centre for New Economic Diplomacy (CNED).
But the coronavirus lockdowns have wreaked huge economic disruption on India’s economy. More than 120 million people lost their jobs in April, mostly informal laborers and small traders, according to the Centre for Monitoring the Indian Economy (CMIE).
To ease the economic pain, the Indian government last week unveiled $266 billion economic package aimed at building a “self-reliant India,” according to Prime Minister Narendra Modi, and will help micro, small and medium-sized enterprises.
The details of that package are still being rolled out, but government support for energy efficiency upgrades for businesses and targets for decarbonizing as conditions on funds could go a long way, experts say.
“Fossil fuel industries, facing extraordinarily low oil prices, are likely to request future tax breaks or bailouts,” the economists write in the Oxford University study. “While there may be good reasons for such support, such bailouts should be conditional on these industries developing a measurable plan of action to transition towards a net-zero emissions future.”
Subsidies for fossil fuels in India were already over seven times larger than those for alternative energy, according to a report from two environmental think tanks found in April, highlighting an area where India has to do better.
The disruption from the virus could also impact whether India meets its renewable energy targets.
The country wants to be a leader in solar power and is aiming for 175 gigawatts of renewable energy by 2022, with the majority of that to come from solar. But construction on solar projects was halted during lockdown as the majority of the components needed for these installations come from China, where factories shut during the pandemic.
India also depends on international finance to help reach its climate goals — a pot that could dry up as developed nations struggle with their own economic hardships.
“Most developed countries that are already regressing from their commitments, this is an opportunity to not commit the further finance that is urgently required for developing countries to make their transition,” Roy said. 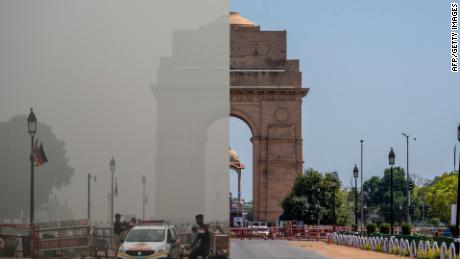 India’s long-term coronavirus recovery strategy could also determine how the country progresses not only with its clean energy transition but the health and development of its people.
India’s ability to provide enough food and energy for its growing population hinges on building infrastructure that will withstand the impacts from the climate crisis, having a sustainable agriculture sector, and transitioning to renewable energy.
“The Covid pandemic has actually highlighted how important three things are: food security; sustainable, reliable and affordable energy access; and the third is critical infrastructure,” Roy said. “Poverty alleviation will require India to have energy and food security, at the same time its energy and food security are very vulnerable to climate impact.”
Those climate impacts are already being felt. Deadly heatwaves with temperatures above 50 degrees Celsius (122 Fahrenheit) are now the norm during summer. Erratic monsoon rains bring annual flooding that grind entire cities to a standstill, and disrupt the region’s vital crop production. Pollution from factories, exhausts and crop burning choke India’s cities every year, damaging the health of millions.
Adding to the urgency is that this nation of 1.3 billion people is the world’s third-largest emitter of carbon dioxide. And those energy needs are expected to double over the next decade due to its rapidly growing population and economy.
Construction of roads, buildings and other infrastructure such as transport links will need to expand to keep up with the millions of people moving to cities.
And millions more still have no or poor access to electricity and use polluting fuels such as wood or kerosene for cooking and lighting. The challenge over the next decade will be how to rapidly expand energy access, and sustainably develop the agriculture sector — which hundreds of millions of people in India depend on for their livelihoods — while not increasing emissions and pollution.
Having a coronavirus recovery strategy that builds green infrastructure, reduces emissions and ramps up renewable energy capacity and production is therefore a huge opportunity for India.
“How India meets its development trajectory and meets the energy transition is very important. India has the opportunity to create the kind of a model that it can export to other developing nations,” Roy said. 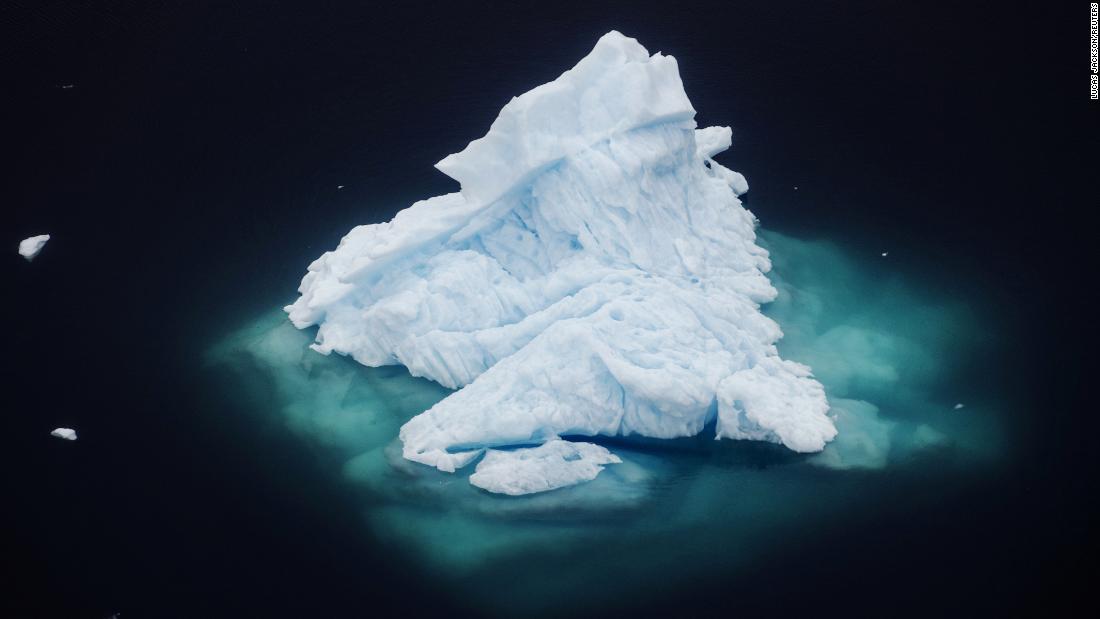 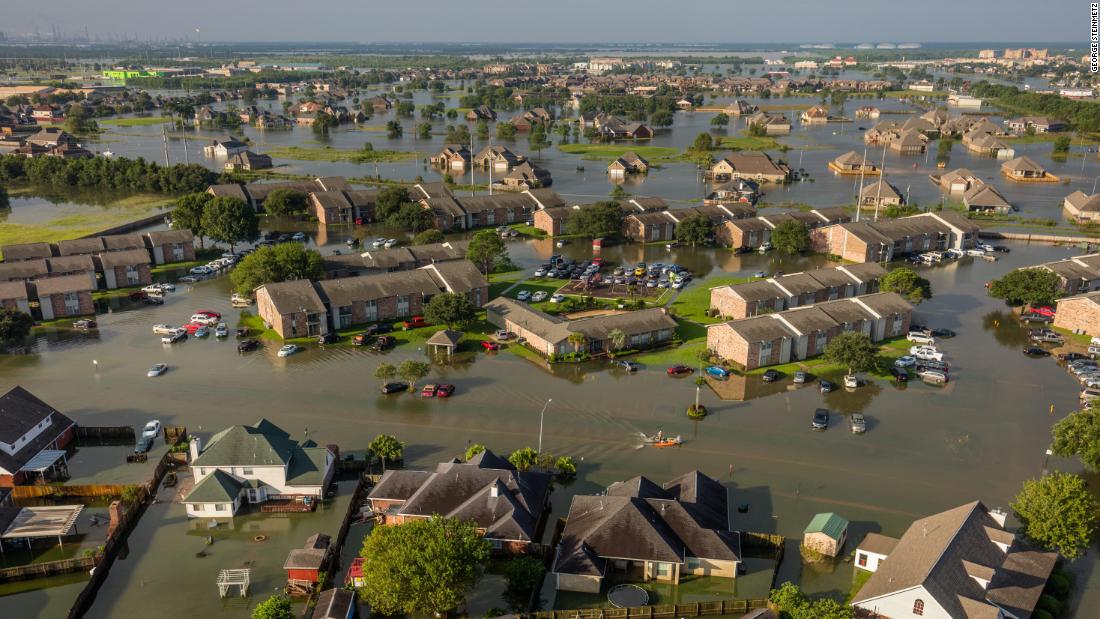 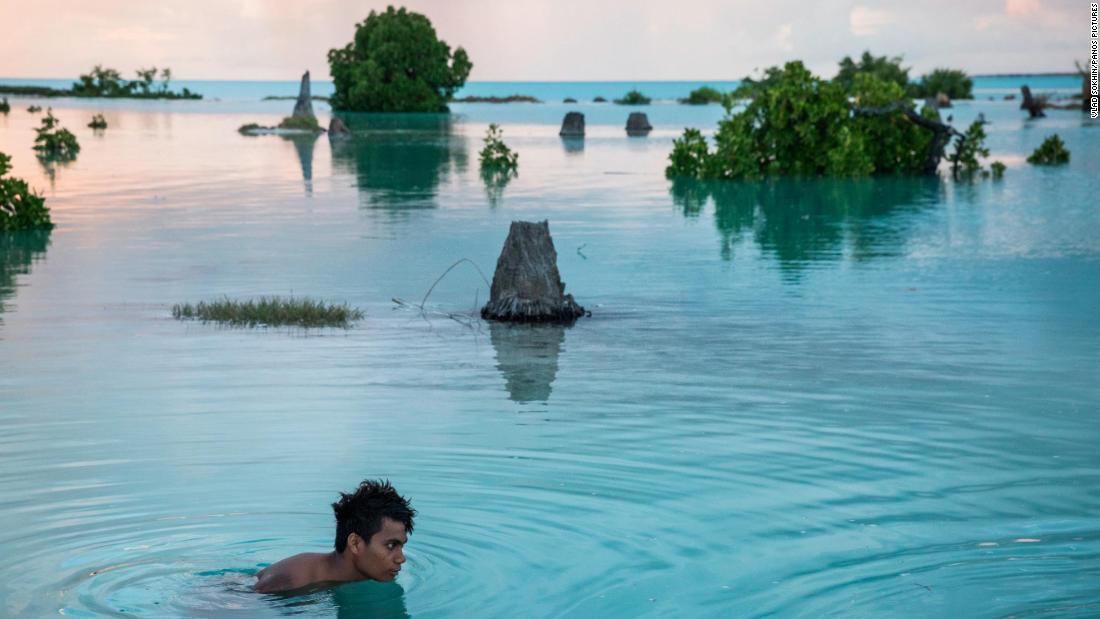 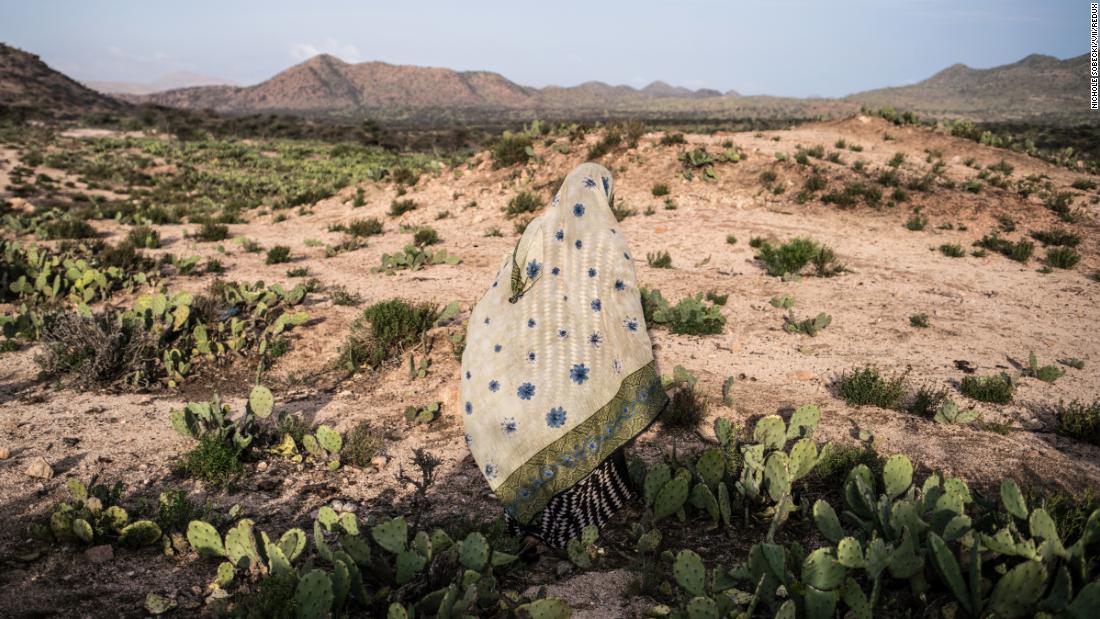 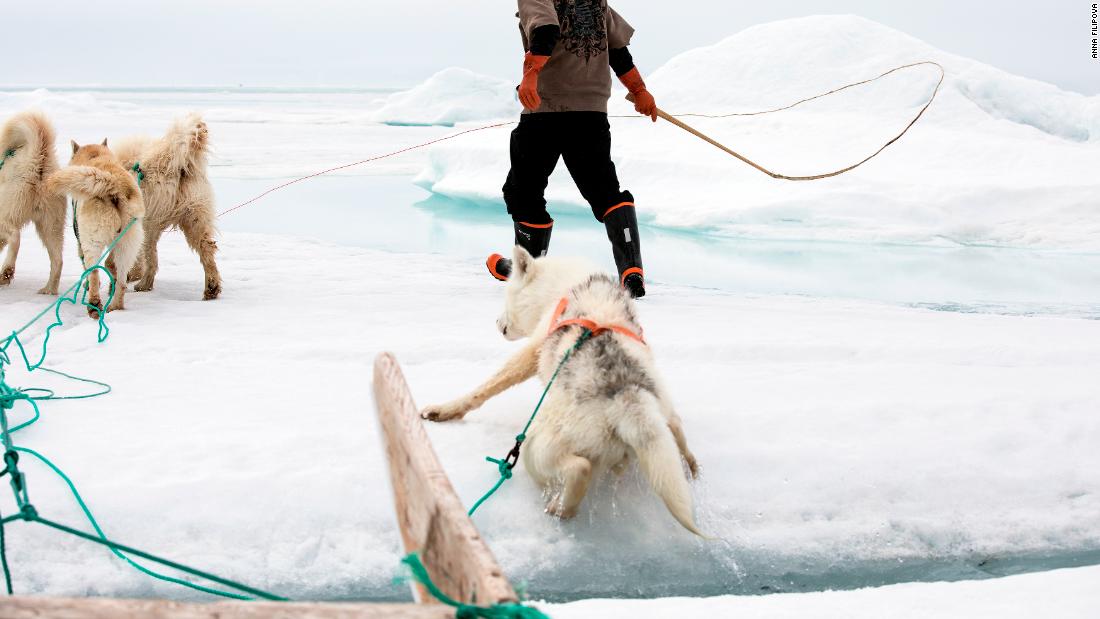 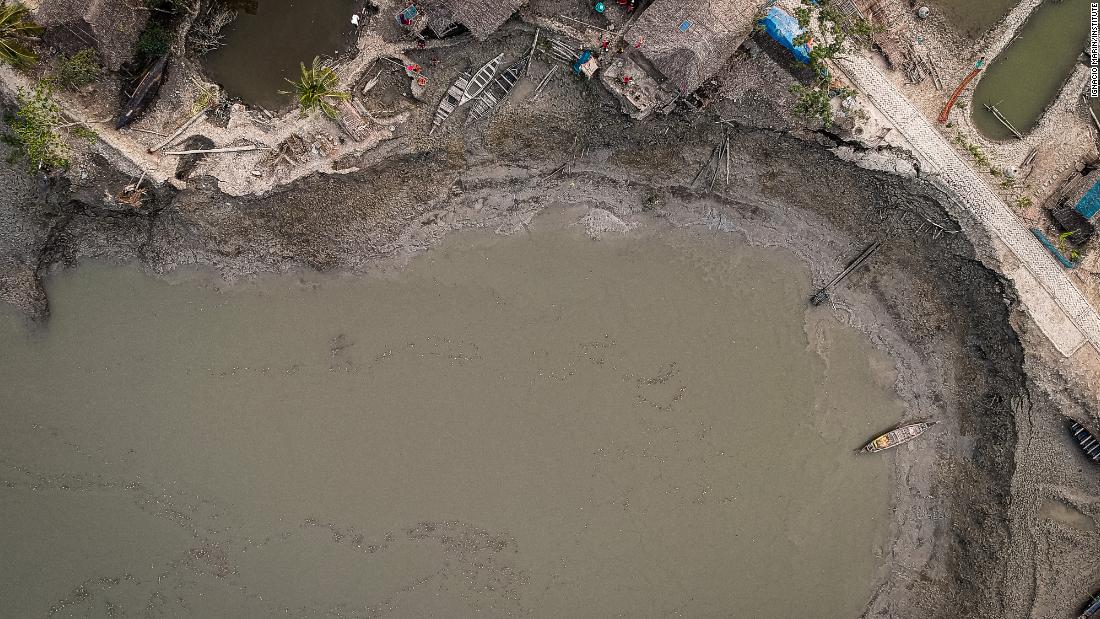 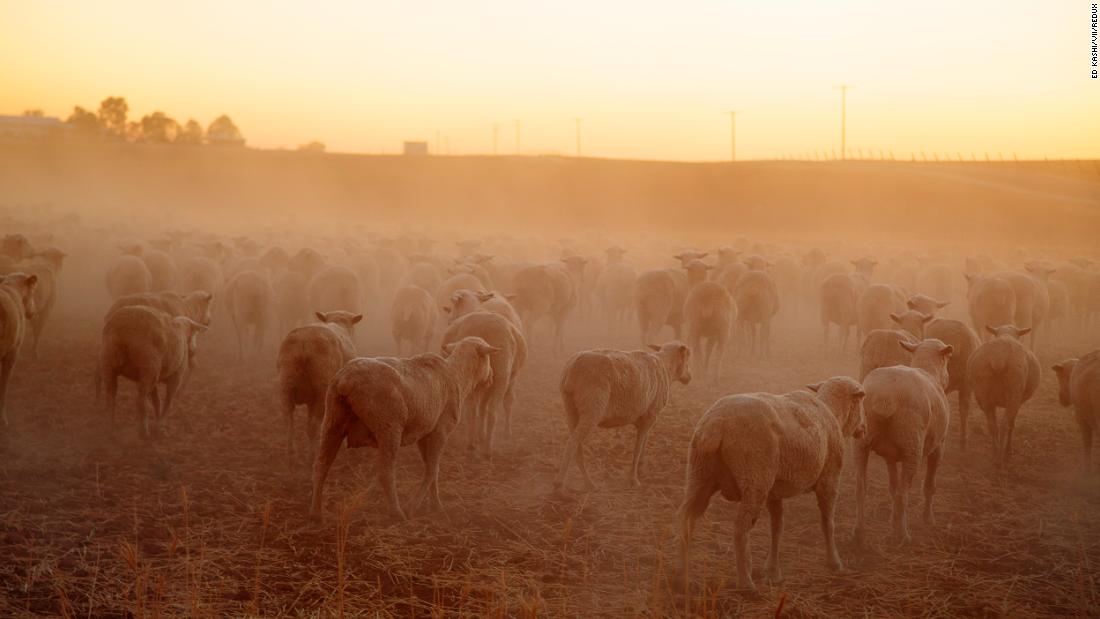 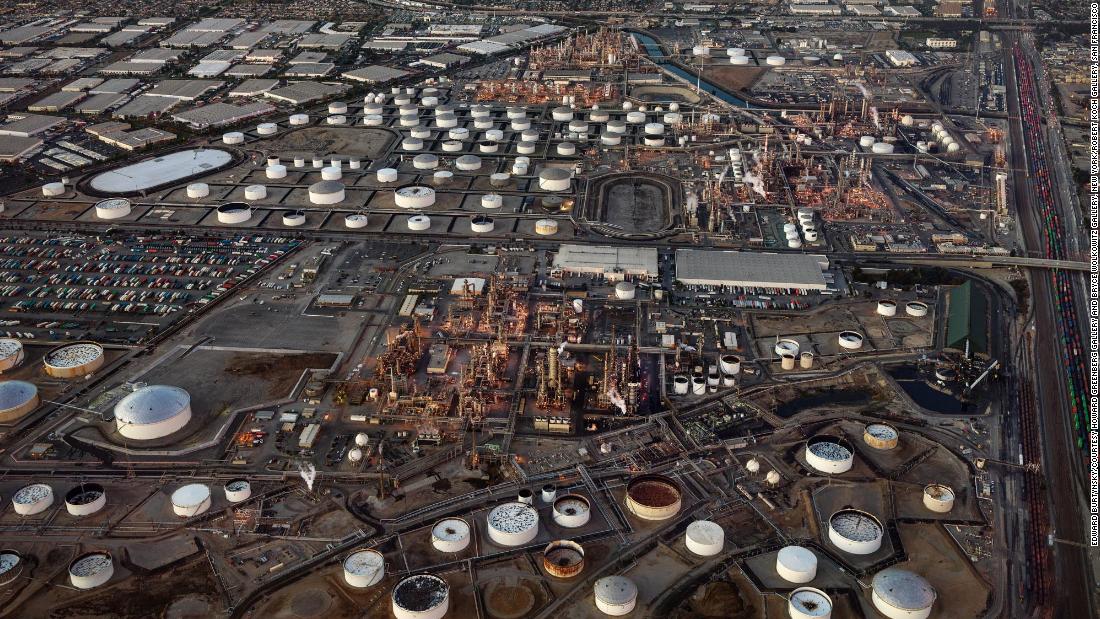 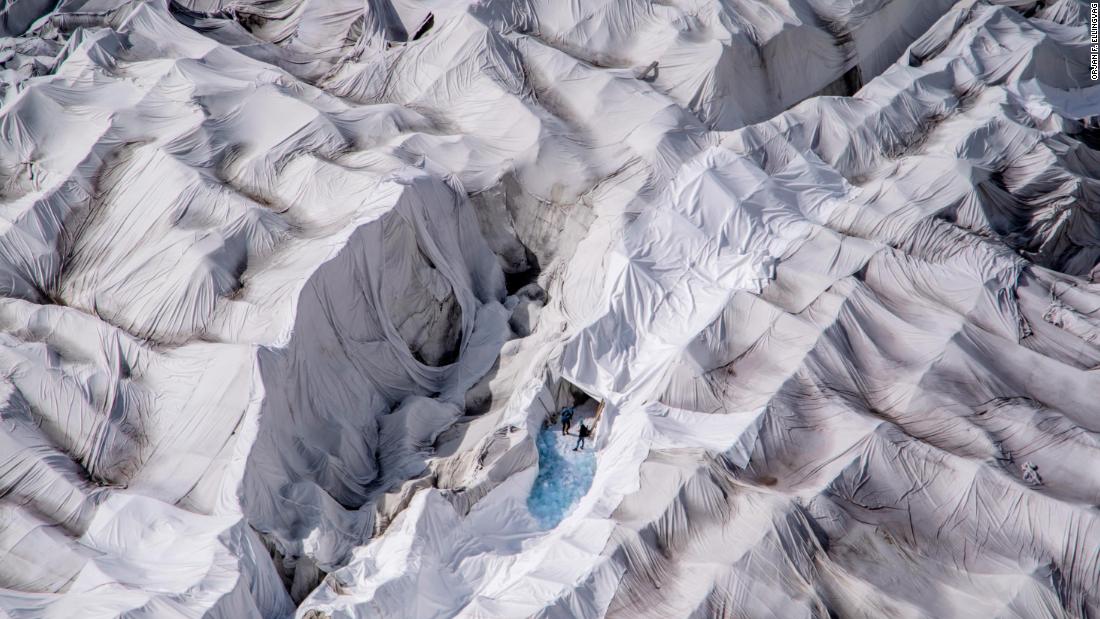 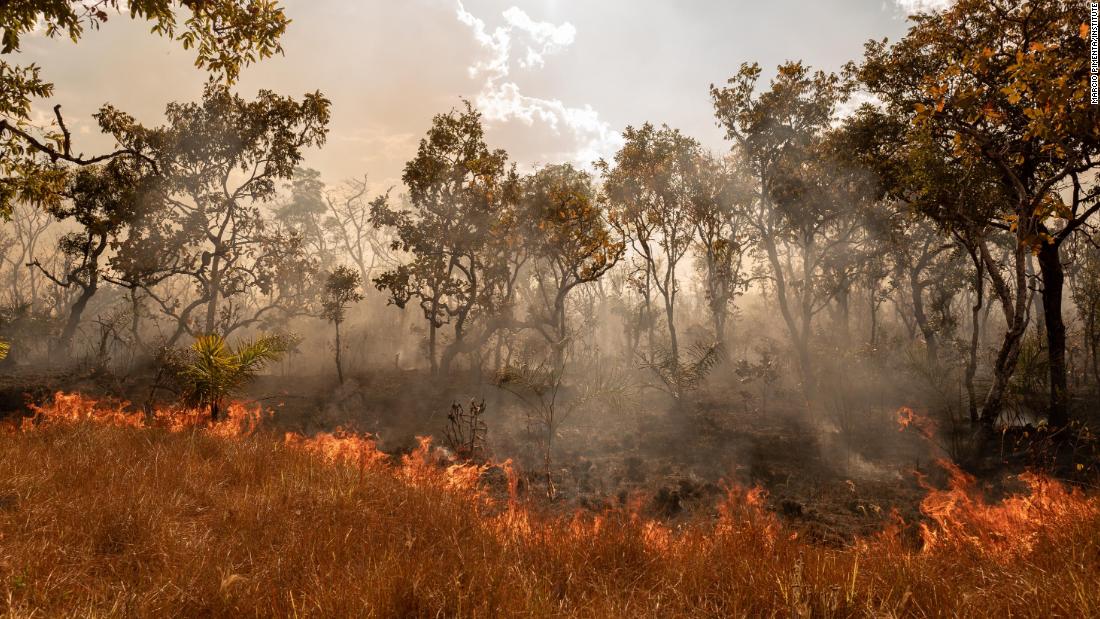 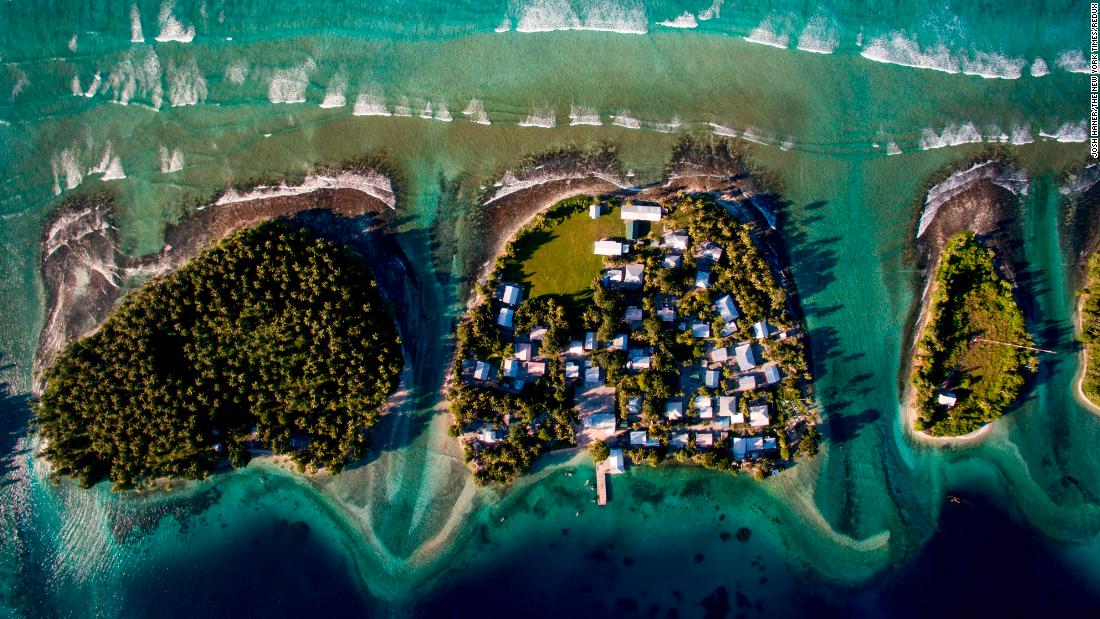 Coal is a crucial area for China after Covid

Before the pandemic, China was on track to achieve most of its climate commitments — which included a peak in carbon emissions by 2030, and a 20% share of renewable energy in its primary energy demand. It had also made big strides in reducing pollution in its cities, with Beijing now out of the world’s top 100 most polluted.
In recent years, China had become the world’s largest developer of renewable energy, and dramatically reduced the price of solar power.
But Covid-19 has shrunk China’s economy into its worst three-month period in decades. Some 80 million Chinese may already be out of work and experts say it will be a long road to recovery.
“There will be major pressures in China to stimulate the economy and keep people employed, and China’s coal industry still a huge employer,” said Joanna Lewis, associate professor of energy and environment and an expert on China’s clean energy at Georgetown University.
China is the world’s largest producer and consumer of coal and there is evidence that China is relaxing restrictions around fossil fuel, signaling a possible move to use coal to boost the country’s coronavirus-hit economy.
In the first few weeks of March, more coal-fired capacity was permitted for construction in China than in all of 2019, according to the Global Energy Monitor.
Construction of plants could give an economic boost in the short term. But in the long-term coal is generally unprofitable — research by Carbon Tracker found that 40% of China’s coal plants are losing money.
“Even if renewables are technically cheaper at this point, they will have to complete against a coal industry being supported by government programs to reduce output, push up prices and guarantee output contracts,” Lewis said.
It may talk a green talk, but carbon emissions have been rising in China over the past few years as its economy slowed.
“Even before the outbreak we saw backsliding in commitments to slow coal growth, with increasing demand in 2019 after years of slowing growth,” said Lewis.
Eyes will be on China’s biggest annual political meeting, the National People’s Congress (NPC), which kicks off on May 22 after being delayed because of the virus. The sessions unveil key economic targets and budgets — and measures to revive the economy after coronavirus will be center stage.
Observers will be keen to see how much climate policy will be on the agenda.
Lewis said a green economic package would be a “huge opportunity to capitalize on the last decade of progress it has made in pushing forward clean energy innovation and deployment and ensure the low carbon transition can continue.” 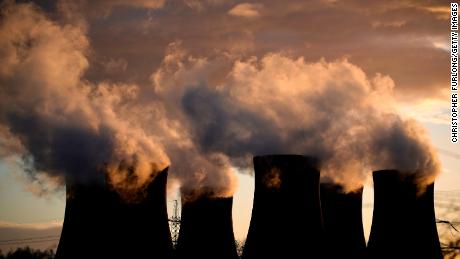 Importantly, China is drafting its 14th Five Year Plan — a roadmap of the country’s goals and a key indicator of how much clean energy and sustainable development will be a focus in the next five years. Because China is the world’s biggest polluter, the document’s climate policy is hugely important.
“The technologies China should be investing in are different from where they instead a decade ago,” Lewis said. “Rather than investing in wind power technology, for example, more investment in battery technology would not only enable further deployment of EVs (electric vehicles) but can help to balance a grid that is relying on more and more renewable energy.”
China leads the world in deployment of electric vehicles. At the end of June 2019, 45% of the electric cars and almost all electric buses were in China.
A report by China Briefing said the country’s recovery strategy will likely push it toward a “sustainable and technology-driven economic model” with investments in “new infrastructure” such as big data centers, 5G, and charging stations for new energy vehicles.
At the United Nations Climate Change Conference (COP 26) — postponed until next year because of the virus — China and India are expected to update their climate commitments, along with other countries. What they do during this recovery time will have ramifications for global climate action.

Lewis said coordination between China and the United States — the world’s second-biggest polluter — should be a “crucial element of US-China engagement going forward.”
Without it, she said: “We risk valuable global action being taken during this next decade, which is no doubt the decisive decade for climate change.”
Source: Read Full Article