The wealthy investor has a reputation on Wall Street as a corporate raider, pushing companies to make drastic changes, such as restructuring, spinning off businesses or pursuing a merger or acquisition, in order to provide better value to investors.
Peltz has been successful in his often aggressive efforts. He is able to drive “very positive change within companies, at least from a shareholder value perspective,” Emilie Feldman, management professor at Wharton business school, told CNN Business.

Activist investors like Peltz tend to step in when they think a company is undervalued, Feldman added. From their perspective, “the company could be worth more, if certain changes were made,” she said.

These investors are typically looking to achieve one of three things: Changes in management, operational improvements or adjustments to the scope of a business, like getting rid of brands or moving into a new strategic space, Feldman said.

Peltz has already made major changes at Wendy’s. Now, with the brand struggling, he’s looking to do so again.

What’s going on at Wendy’s? 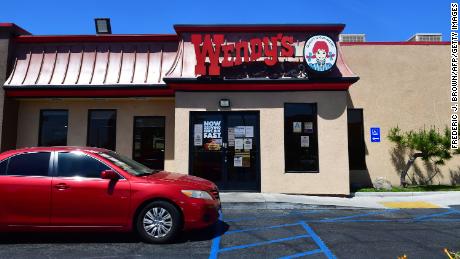 In the first quarter, global sales at Wendy’s restaurants open at least 15 months grew 2.4%.
But first-quarter sales growth was much stronger for Wendy’s competitors. McDonald’s reported that sales at its global restaurants open at least 13 months jumped 11.8% while Burger King sales at locations open at least a year grew 10.3%.
During a recent analyst call, Wendy’s executives said the first-quarter results did not quite meet expectations.
“The first quarter, from a margin point of view, did not fully go with plan,” said Wendy’s CFO Gunther Plosch during a May analyst call. “We missed sales slightly,” he said, adding that “commodity and labor inflation was a little bit higher than what we expected.” Wendy’s also said that bad weather had a negative impact on the quarter.
And then there’s the fact that breakfast, which was helping Wendy’s drive growth early in the pandemic, isn’t what used to be.
The chain launched its breakfast menu in early March 2020, just before Covid upended American’s lives. With Wendy’s marketing push fresh in consumers’ minds, sales of the meal surged, even as morning routines shifted dramatically. Competitors, on the other hand, saw breakfast sales dry up.
But now, two years into the pandemic, breakfast hasn’t been enough to boost Wendy’s numbers significantly. 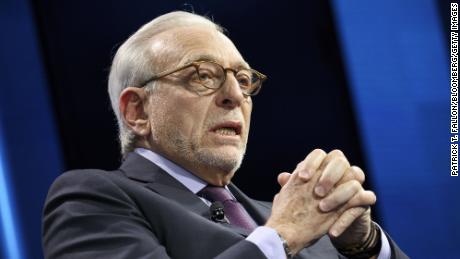 “The breakfast environment was no doubt challenged across the industry … impacting our full year breakfast sales growth expectations,” said CEO Todd Penegor during the May analyst call. Still, “we delivered solid results at the breakfast daypart,” Penegor added, and Wendy’s increased its share in that mealtime compared to other fast-food burger restaurants, he said.
The company’s first-quarter results missed Wall Street’s expectations, sending the stock down when Wendy’s reported on May 11, prompting some analysts to cut their target prices.
Wendy’s was scheduled to have its investor day on June 9, but has postponed the conference to an unspecified date, the company said last week, adding that it is reiterating its 2022 outlook.
“As evidenced by our sales momentum, which accelerated on a 2-year basis in Q1 2022, we continue to make significant progress across our three long-term growth pillars: building our breakfast daypart, accelerating our digital business, and expanding our footprint across the globe,” Penegor said in a statement.
“Our strong momentum, sound execution of our strategic initiatives and improvement in Company-operated restaurant margin as we exited the first quarter give us the confidence to reaffirm this full year 2022 outlook,” he added. Wendy’s declined to comment for this story beyond what it has stated publicly.
If Peltz succeeds in making big changes at the burger chain, it won’t be the first time. 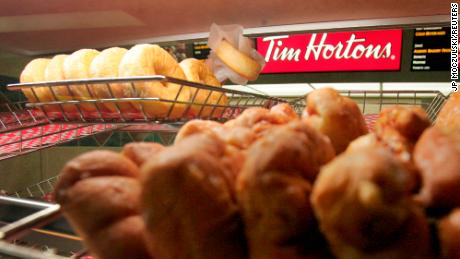 For Wendy’s, which opened in 1969, things started to sour after the 2002 death of founder Dave Thomas, according to a 2008 New York Times article.
“Wendy’s struggled to find direction since its founder and spokesman, David ‘Dave’ Thomas, died,” the report said. In the years after Thomas’ death, a number of investors were pushing for change.
“Large shareholders were urging management in private to do something about the company’s fading image and poor marketing strategy,” the Times reported. “Same-store sales — a key performance measure for the retail industry — were in steady decline, as was its stock price.”
Peltz was one of these investors. He began agitating for change in late December 2005, eventually becoming chairman of the board.
Over the years, under continued shareholder pressure, Wendy’s business has changed, including the spin off Tim Horton’s and later Arby’s.
It’s not clear exactly what will happen next. But investors are taking Peltz seriously. In the filing, Peltz said that to improve shareholder value, Trian is considering a merger or acquisition, among other options. Wendy’s (WEN) stock jumped on that news last week.

“The Board will carefully review any proposal submitted by Trian Partners,” Wendy’s said in a statement following the Trian filing, adding, “we remain focused on achieving our vision of becoming the world’s most thriving and beloved restaurant brand.”
To experts, Peltz’s involvement is far from shocking. In a note last week, Wedbush analyst Nick Setyan said that “we are unsurprised by Peltz’ appetite,” adding that Trian is “no longer sitting on the sidelines.”
Source: Read Full Article