Wayfair Inc. (W) shares rose more than 4% during Thursday's session despite Loop Capital downgrading the stock to Sell with a price target of $35 per share. Loop Capital analyst Laura Champine believes that slowing growth isn't reflected in Wayfair's current share price even after the recent declines. She believes that sales growth will slow from 35% in 2019 to 14% in 2020. As a result, she cut her price target from $55 to $35 per share.

The move follows mixed opinions from other analysts. For example, Gordon Haskett upgraded Wayfair stock to Buy with a $60 price target in March, saying that the stock's slide has made it an attractive buying opportunity. Analyst Chuck Grom predicts a shift toward home spending and believes that digital native brands are well positioned to benefit.

On the other hand, Wells Fargo cut its price target on Wayfair to $38 per share and kept its Equal Weight rating in March. Analyst Zachery Fadem cited broad reductions in consumer spending and a pullback in big ticket and discretionary categories as a reason for the lower price target. 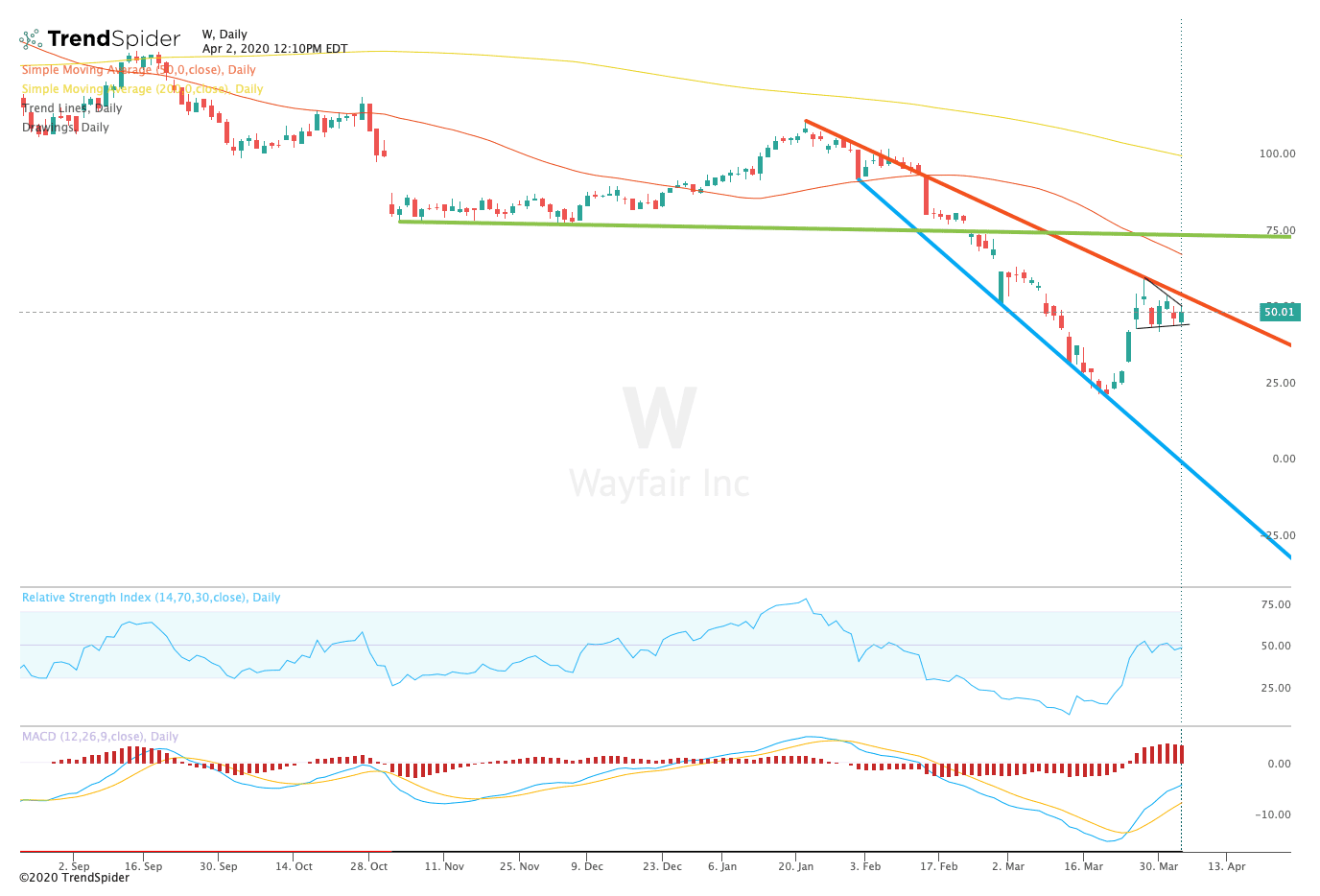 From a technical standpoint, the stock has formed a pennant over the past few sessions, suggesting a bullish continuation. The relative strength index (RSI) remains at neutral levels with a reading of 47.66, but the moving average convergence divergence (MACD) remains in a bullish uptrend. These indicators suggest that the stock has more room to run.

Traders should watch for a breakout from trendline resistance at around $55.40 toward the next major area of resistance near $75.00 over the intermediate term. If the stock breaks down from its pennant pattern, traders could see a move to retest lows near $23.00, although that scenario appears less likely to occur given the recent bullish price action.