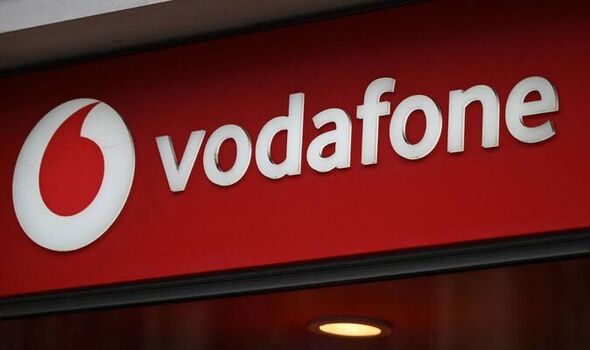 Speaking at the company’s annual results, he said that while the firm is making “good progress” with multiple talks, the uncertain economic environment could affect decisions of vendors.

Read told City analysts: “We highlighted the markets that we were focused on. We remain focused on all of those markets. We’re in active conversations.”

He added that when it comes to snapping up mobile phone towers, it will do so in partnership with financial and industrial investors.

Vodafone said its annual pretax profits dipped 10.1 per cent to £4billion due to higher financing costs and adverse foreign exchange movements, while its revenues rose four per cent to £45.6billion.

Last week Abu Dhabi-controlled Emirates Telecommunications revealed it had spent £3.3billion on snapping up a 9.8 per cent stake in Vodafone, making it the company’s second-largest shareholder.

According to Refinitv data, Emirates Telecom’s controlling shareholder, the Emirates Investment Authority, has 9.8 per cent of Vodafone.

Emirates Telecom is led by former Vodafone executive Hatem Dowidar and Read said they spoke at the weekend.

He said: “He was at pains to go through the rationale and all the elements of the communication that would be going out.

He really wanted to stress the fact that this was a passive investment, supportive of the Board, management strategy in its execution.”

Elsewhere, ContourGlobal has agreed to be taken over by private equity giant KKR power generation group, in a deal that values the company at £1.8billion.

The 263.6p per share offer represents a 36 per cent premium to Contour’s valuation on Monday.

It described the offer as “derisory”. M&C Saatchi is valued at £198.4million.