On Thanksgiving afternoon, Vista Equity Partners dropped a press release announcing that the firm's No.2 exec, Brian Sheth, would be resigning effective immediately.

As Casey Sullivan and Dakin Campbell previously reported, Vista founder Robert Smith and Sheth had been locked in negotiations over an exit after Smith's admission to years of tax evasion. The two billionaires had worked together at Vista for two decades, turning the firm into a private-equity powerhouse.

This week, Casey and Dakin also took a look at the Vista execs' ties to an Austin real-estate developer who's now at the center of an escalating scandal in Texas politics. You can read the full story here:

Once friends, now estranged: Inside the ill-fated relationship between Vista CEO Robert Smith and Nate Paul, the Austin investor embroiled in a political scandal

Keep reading for a look at a $1 billion acquisition that asset-management giant BlackRock announced this week, and to see the full pitch deck for a fintech that's offering customers eye-popping interest rates.

If you're not yet a newsletter subscriber, you can sign up here to get your daily dose of the stories dominating banking, business, and big deals.

JOIN US NEXT WEEK: Elite recruiters from The Carlyle Group, Apollo, and Bain Capital will break down how to get hired in private equity

Landing a job in the ultra-competitive world of private-equity is a challenge, even for the most prepared candidates.

That's only been complicated by a chaotic and unpredictable 2020, in which the private-equity hiring timeline has been upended by the coronavirus pandemic, and the traditional rites of recruiting — coffee-chats, gatherings with headhunters, and fierce superdays — have been delayed instead of shifting online.

You can register for this live event here. 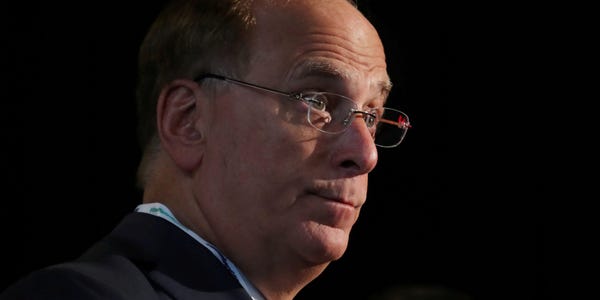 BlackRock plans to buy California-based investment provider Aperio for its coveted direct-indexing capabilities. The world's biggest asset manager is making a big bet on SMAs, which allow investors to tailor investments by owning securities directly, rather than passively owning a mutual fund or exchange-traded fund.

In paying $1 billion in cash for Aperio, BlackRock is doubling down on these increasingly popular, customizable investments where the structure can offer clients ways to pay fewer taxes. New entrants in the space like Fidelity-backed Ethic have looked to capitalize on that growth, and Charles Schwab bought the technology of the startup Motif, which focused on customized thematic portfolios.

Here's why hyper-personalized investing is having a moment.

Here's the 14-page pitch deck fintech HMBradley, a neobank offering interest rates as high as 3%, used to nab an $18.25 million Series A

From Shannen Balogh and Dan DeFrancesco:

People are getting used to the idea of branch-less banking, a trend that startup digital-only banks like Chime, N26, and Varo have benefited from.

The market for these challenger banks has exploded in recent years as customers are drawn to seamless account openings on their apps and websites.  The majority of these fintechs target those who are underbanked, and rely on usage of their debit cards to make money off interchange. But HMBradley has a different business model.

"Our thesis going in was that we don't swipe our debit cards all that often, and we don't think the customer base that we're focusing on does either," Zach Bruhnke, cofounder and CEO of HMBradley, told Business Insider. "A lot of our customer base uses credit cards on a daily basis."

The bank is offering interest-rate tiers depending on how much a customer saves of their direct deposit. Customers can achieve as high as a 3% annual percentage yield if they save 20% of their deposits during a quarter.

From Rebecca Ungarino and Jack Newsham:

The office holiday party will look much different this year for big financial-services companies and law firms, which are known for throwing lavish winter holiday affairs that can cost hundreds of thousands of dollars.

As new coronavirus cases spike across most of the US, some firms are scrapping what were socially distanced events for fully virtual parties, event planners told us. Firms are also generally concerned about appearing insensitive or frivolous during a difficult economic period, an attitude that mirrors a sentiment from companies in the wake of the 2008 financial crisis.

They're also getting creative for employees who are tired of sitting in front of their screens. One event planner's hedge-fund client is sending employees Hermès bags in lieu of an in-person soirée.

You can read the full story here.