London (CNN Business)The army started supplying service stations in the United Kingdom on Monday in an effort to end more than a week of shortages that have forced pumps to close and left motorists without fuel.

Tanker drivers from the military underwent training over the weekend to deliver fuel across the country starting on Monday. The UK government said in a statement on Friday that almost 100 tanker drivers will be deployed from this week to “further relieve pressure on petrol stations and address the shortage of HGV [Heavy Goods Vehicle] drivers.”
The intervention is one of a series of emergency measures announced by the government to address the fuel crisis. It is also issuing temporary work visas for 5,000 foreign truck drivers and suspending competition law to allow suppliers to deliver fuel to rival operators. Over the weekend it extended the validity of 300 emergency visas for fuel drivers from December 24 to March 31. An additional 4,700 truck drivers will be able to stay until February 28. 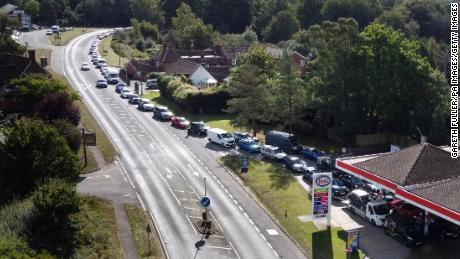 The crisis is now entering its second week. It started when BP (BP) was forced to temporarily close some of its service stations earlier in September for the second time in as many months because of a shortage of tanker drivers made worse by the pandemic and Brexit.

The closure of stations triggered a spate of panic buying by British motorists, exhausting supplies almost as quickly as they were replenished. The British Medical Association warned last week that healthcare workers, including ambulance drivers, won’t be able to do their jobs as pumps run dry.

The situation has since improved in some parts of the country but remains “critical” in London and the south east of the country, where many filling stations are dry, according to the Petrol Retailers Association.
Chairman Brian Madderson said in a statement on Saturday that a survey of 1,000 independent petrol stations showed that just over two thirds had both grades of fuel available. Some 16% were still dry, while 16% had only one grade of fuel.

There’s been a shortage of truck drivers in the United Kingdom for years but it has been exacerbated recently by the pandemic, which delayed the issue of new licenses, and Brexit, which resulted in tens of thousands of EU nationals leaving trucking jobs and other occupations in Britain.
According to the Road Haulage Association, the country is short around 100,000 truck drivers, a situation that is also affecting food deliveries to supermarkets.
On Saturday, UK Prime Minister Boris Johnson blamed high immigration levels before Brexit for the situation the country now faces. 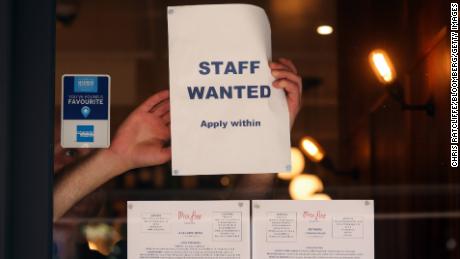 “People don’t want to go into the road haulage industry, [they] don’t want to be [truck] drivers precisely because we’ve had that massive immigration approach and held wages down, held the quality of the job down,” he told reporters.
He did not rule out further relaxing visa restrictions but insisted he did not want a return to “low-wage immigration.” The UK government has repeatedly insisted that lasting solutions to the crisis would be driven by employers offering better pay and conditions.
Worker shortages have been exacerbated by the government’s post-Brexit immigration system and are negatively affecting food production, financial services, hospitality and adult social care.

Last week, pig farmers said that a shortage of butchers and drivers has created a backlog of more than 100,000 animals, which they may be forced to cull.
— Sharon Braithwaite, Amy Cassidy and Anna Cooban contributed reporting.
Source: Read Full Article