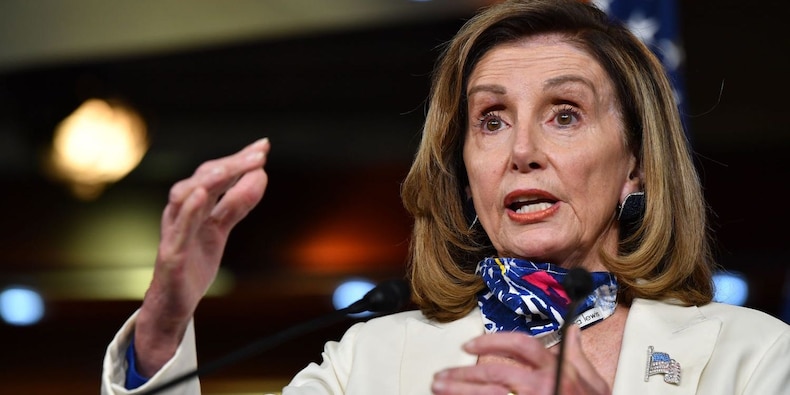 US stocks climbed on Tuesday to continue Monday’s rally, in which all major indexes closed at record highs.

The House on Monday voted 275-134 to increase the $600 federal direct payments in the $900 billion COVID-19 relief package to $2,000. Forty-four Republicans joined Democrats to approve the bill.

It’s unclear whether the Senate will also approve the bill, though Minority Leader Chuck Schumer said he’d push for a vote.

“The House just took a strong, bipartisan vote to pass $2,000 checks,” Schumer tweeted on Monday evening. “Tomorrow, I’ll move to pass the bill in the Senate. Workers, families, and people are crying out for help. Every Senate Democrat is for this relief. Senate Republicans should not stand in the way.”

President Donald Trump, who signed the $900 billion bipartisan relief package on Sunday, has called for Congress to increase the checks to $2,000.

Here’s where US indexes stood shortly after the 9:30 a.m. ET open on Tuesday:

The cryptocurrency XRP fell as much as 31% on Tuesday morning after the online platform Coinbase said it would fully suspend the digital token from its marketplace by mid-January. That followed the Securities and Exchange Commission’s complaint against Ripple Labs, XRP’s developer.

The SEC said on Wednesday that Ripple had effectively been running a $1.3 billion unregistered offering with its sales of XRP, which the regulator deemed a security and not a cryptocurrency.

XRP has lost about 75% in value after hitting a two-year high in early November.

Nikola soared as much as 16% on Monday after JPMorgan predicted that 2021 would be a “less drama-filled” year for the electric-truck company.

JPMorgan said Nikola “cleaned house” before the end of the year, given its exit from two partnerships that “were hastily thrown together by the founder, and committed NKLA resources to non-strategic initiatives.”

Nikola is up roughly 57% this year but has dropped significantly from its record highs this summer.

Read more: Peloton has climbed 415% this year. We asked 3 analysts – including one who expects a 78% stock decline – for their 2021 outlooks with the prospect of gym restrictions easing.