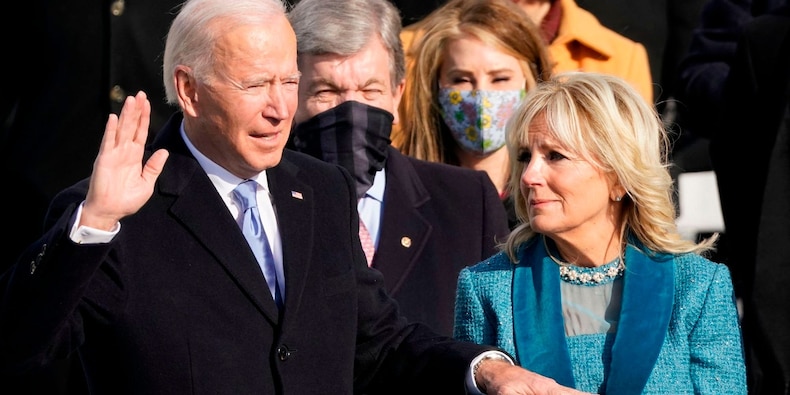 US stocks closed at record highs on Wednesday following the inauguration of Joe Biden as the 46th President of the United States.

The stock market was led higher by technology stocks following a stronger than expected earnings report from Netflix that sent shares soaring nearly 20%.

The video-streaming company said it expected positive free-cash-flow generation going forward and would begin to stop relying on the debt markets to fuel its content lineup; it could eventually explore a stock-buyback program.

Here’s where US indexes stood at the 4:00 p.m. ET close on Wednesday:

Read more: The head of active equity at Wells Fargo’s $607 billion asset-management arm shares how she worked her way up from the call center 29 years ago – and pinpoints 3 trends transforming the investment landscape today

The enthusiasm for tech shares on Wednesday also helped fuel a 6% surge in Alphabet to record all-time-highs.

Popular cryptocurrencies like Bitcoin and Ethereum pulled back on Wednesday after Janet Yellen, President-Joe Biden’s nominee for treasury secretary, said it might make sense to “curtail” their use because they are mainly used for illicit activities in a transactional sense.

Alibaba surged 7% after its founder, Jack Ma, resurfaced in a videoconference. Ma had not been seen in public for months as Chinese regulators clamped down on the Ant Group initial public offering and Alibaba’s selling practices.

Famed short-seller Jim Chanos said he transitioned his short exposure in Tesla to put options from shares, which will limit his downside potential.