GDP measures the value of economic activity within a country. This is the largest fall in that measure since records began in 1997. It is also three times greater than the fall seen in the aftermath of the 2008 financial crash.

Ed Monk, associate director for personal investing at Fidelity International, said April’s figures are “if anything, slightly worse than we feared”.

He continued: “Q1 GDP figures highlighted the damage caused by just the first few weeks of lockdown – the Q2 estimates expected later this month will show output in a crater.”

Jonathan Athow, deputy national statistician at the ONS, told BBC Radio 4’s Today programme, the fall in GDP: “If you take March and April together the fall was 25 percent. So in two months the economy shrank by a quarter.”

“Virtually all areas of the economy were hit, with pubs, education, health and car sales all giving the biggest contributions to this historic fall,” he continued. 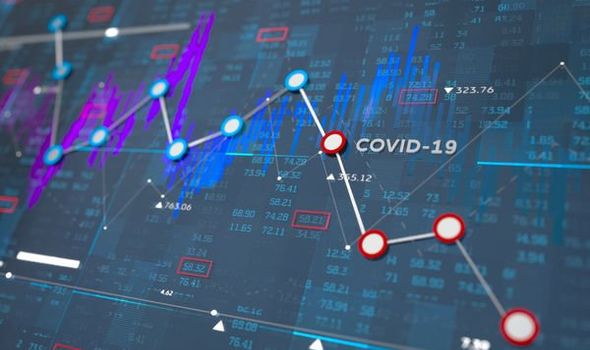 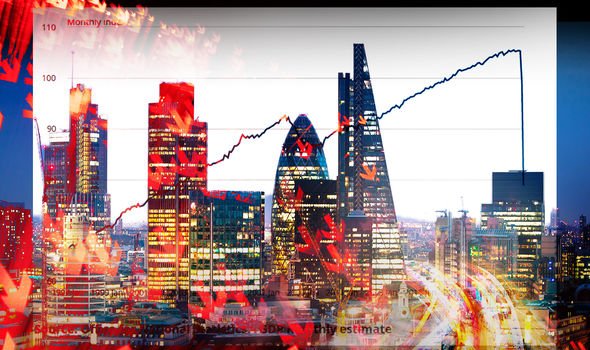 This comes alongside the forecasts from the Organisation for Economic Co-operation and Development that the UK economy could be among the worst hit of leading nations.

Britain’s economy is likely to slump by 11.5 percent in 2020, slightly outstripping falls in countries such as Germany, France, Spain and Italy, it said.

There were hopes that the UK would bounce back, performing a so-called V-shaped recovery.

As things are going, the recovery is looking to be U-shaped, and there’s no telling how long it will be at the bottom of the U for. 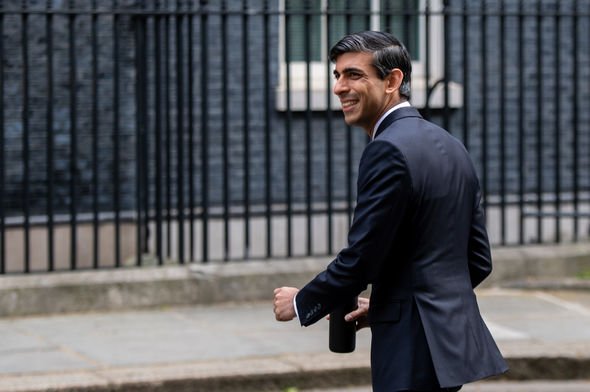 Following the report, Chancellor Rishi Sunak said the UK was not the only country suffering.

He said: “In common with many other economies around the world, we’re seeing the significant impact of coronavirus on our country and our economy.
“The unprecedented action we’ve taken to provide lifelines that help people and businesses through the economic disruption will ensure our economic recovery is as strong and as swift as possible.”

Globally, the OECD said it also sees the outlook as particularly uncertain. As lockdowns end across the world economic activity has begun to pick up, but it does not expect a rapid recovery.

The UK government has thrown billions at supporting the economy, and as lockdowns ease will have to be wary of a potential second wave of the virus.