The company has also set a target of achieving Rs 5,000 crore in the next four years, while for the current fiscal the company expect around 15-18 per cent growth in revenue. 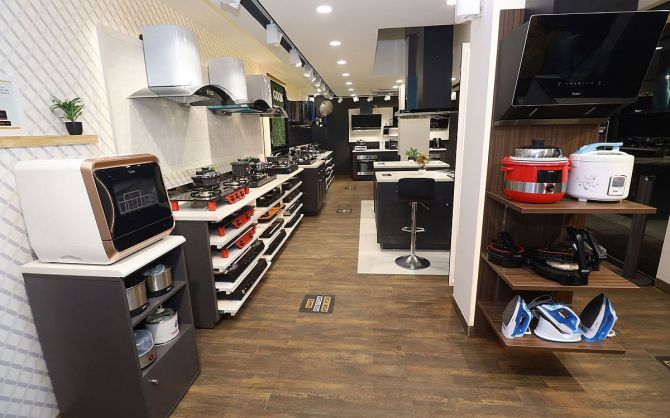 India’s largest kitchen appliances maker, TTK Prestige, has said that it is growing at about 20 per cent over the previous year and that the demand across categories is very high.

The company says many of its stores are out of stock and that it (the company) not able to match both in domestic and export demand.

The company is now looking to double its capacity by end of fiscal and scouting for acquisitions in India and abroad.

The company has also set a target of achieving Rs 5,000 crore in the next four years, while for the current fiscal the company expect around 15-18 per cent growth in revenue.

Last quarter was the best ever in the company’s history and this quarter again demand was up about 20 per cent over a year ago.

The company had problems with part shortages, handles, and packaging, and other items.

“Now we are on speed, but it is not the same thing with our vendors, they are still coping,” Jagannathan said adding that mixer grinder and gas stove vendors are not able to supply due to labour shortages and sudden spike in the demand.

He said that over the past nine months, domestic help has vanished and people have started cooking on their own.

So they have started upgrading their kitchens, which has led to an increase in demand for gadgets and convenience products such as cutters and blenders.

For example, last month was the best for induction products, which sold 150,000 units.

As far as the market concerned, the demand was much higher from rural and tier-II areas, where the company added 50 new stores, taking the total number to 590 across the country.

“I am even more optimistic and excited about the prospects”, said Jagannathan, who is targeting 15-18 per cent growth for the current year and about Rs 5,000 crore revenue by 2024-25.

Company’s export revenue was about Rs 50 crore in 2020-21 and the company plans to double it by next year.

It is also targeting around Rs 100 crore revenue from its two-year-old cleaning solutions business.

Online business contribution rose from 10 per cent to 30 per cent in the last one year.

Jagannathan said the firm is also scouting for acquisitions worth about Rs 500 crore in the domestic and overseas markets, especially Europe.