If other states follow suit, it is going to become difficult for the GST Council to decide on the next stage of reforms. 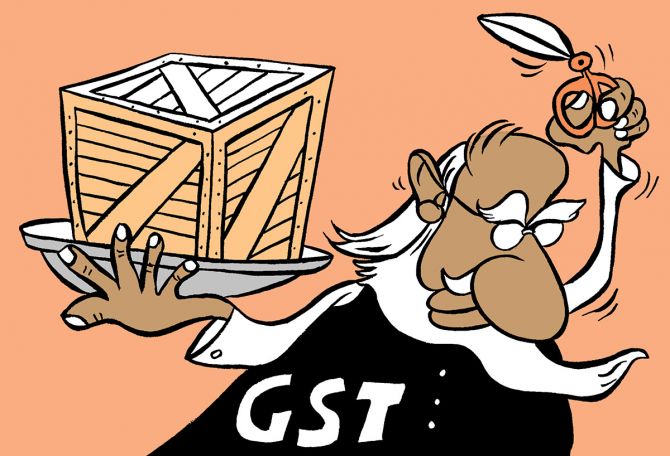 The Tamil Nadu government has set up an advisory council on the fiscal powers of the state and the Centre with special reference to the goods and services tax (GST), a move that has triggered the fear of fissures between the Centre and states if others follow suit.

Many of its terms of reference may undermine the GST Council, say experts.

For instance, the council, chaired by senior advocate Arvind P Datar, has also been tasked to identify the problems with the institutional mechanisms that support GST, which include the independence of decision makers and constitution of the GST Tribunal.

The body would also identify difficulties with respect to GST rates applied to various commodities, according to a government order released recently. The council has been asked to suggest strategies to improve GST collections and other taxes of the state. It would also study the best practices adopted in other states with respect to GST, including the use of technology and artificial intelligence to identify tax evasion.

One of the terms of reference says the body would study the levy of cesses and surcharges by the Centre and its impact on the state’s finances.

An expert said the fact that one state is constituting a committee on various aspects of GST means that fissures between the state and the Centre in GST are now increasing.

“GST reforms are done by the GST Council and groups of ministers appointed. Here we are seeing a state appointing a team to get into what should be done,” he said.

Another expert said that if other states follow suit, it is going to become difficult for the GST Council to decide on the next stage of reforms.

“During the VAT regime, this used to happen as VAT laws were different in each state. They were pulling in different directions. After GST came, there was some unanimity since the Council has both the Centre and the states. Now, if each state starts making its own team and its own recommendations, it is going to become very difficult for GST from a policy point of view,” he said.

M S Mani, partner at Deloitte, said it was necessary to evaluate the changes required for the next half of the decade.

“The involvement of external experts having domain expertise in GST and key industry stakeholders would enrich the recommendations for the next stage of GST reforms,” he said. Other members of the advisory council include Suresh Raman, vice-president and region head, TCS-services sector.

The decisions in the GST Council are usually taken unanimously, barring a few instances. However, there have been instances of tussle between the Centre and the states, particularly relating to borrowing from the markets for meeting losses incurred during the Covid-19 pandemic.

The Centre is yet to release Rs 53,489 crore to the states for 2021-22, according to a written reply by minister of state for finance Pankaj Chaudhary in the Lok Sabha on Monday. So far as cesses and surcharges are concerned, states have been accusing the Centre of increasingly resorting to imposing them to deprive the states of their genuine transfers.

The Centre is bound to transfer 41 per cent of central taxes to the states, but cesses and surcharges are not part of this devolution.