Pehr Gyllenhammar was the CEO of Volvo for 24 years. He has also worked with or served on the board of such institutions as Lazard, Reuters, Rothschild, Chase Manhattan Bank, the Aspen Institute, The Rockefeller University and the London Philharmonic Orchestra. His memoir, Character is Destiny, was published by Morgan James Publishing on September 8, 2020. The opinions expressed in this commentary are his own.

Grocery store clerks, delivery personnel, truckers and health care and factory workers have kept the US economy from collapsing entirely during the pandemic. Yet many of these workers feel they aren’t getting the pay or respect they deserve. They can’t make a living wage or take paid leave when they get sick.

Unfortunately, these aspects of work life have become the norm for much of Corporate America. For too long, workers have watched executives rake in seven-figure salaries while they struggled to pay that month’s rent. This sort of profit-first thinking can be detrimental to a company’s culture, turnover and eventually, the bottom line.

Here’s how companies can start showing employees that their well-being comes first — both during the pandemic and beyond:

Provide meaning to their work

Making sure all employees have a living wage is a good place to start, but salary is only part of the equation, of course. As CEO of Volvo for a quarter of a century, I worked hard not only to give our employees a living wage, but also to make their work more meaningful. Worker salaries were at the top of the union pay scale and were standard, so more important to them were our efforts to give them additional training so they could perform more complex, more interesting work.

One of the first actions I took at Volvo was to change the way we assembled cars. I wanted plants to be designed around the supposition that employees should be able to find meaning and satisfaction in their work, without sacrificing either efficiency or profitability.
Beginning with our new assembly plant in Kalmar, Sweden, we changed the way cars had been assembled for decades at automobile companies around the world. We nixed the traditional assembly line method, and instead, electrically-driven platforms carry the chassis to a work station made up of a team of eight to 10 workers, who spend 20 minutes performing their team’s task, whether it’s installing the engine or transmission, securing the seats or wiring the electronics. Once that team completes its task, the platform moves silently across the factory floor to the next team. 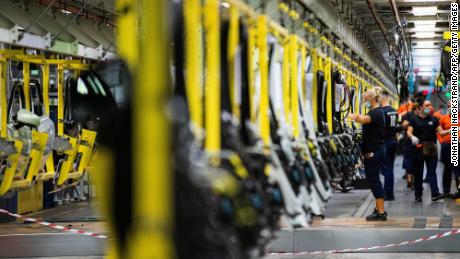 Replacing the assembly line with a work-batch system enabled us to move workers away from single-repetitive tasks toward small teams, with each team responsible for the assembly of a single system in each car. This worked wonders. The change in cycle time — the time it takes to complete a specific task — increased from 90 seconds to 20 minutes, which made a remarkable difference in the health and attitude of our line workers. They enthusiastically embraced performing different kinds of jobs within the overall task assigned to the team. This not only enabled them to escape the monotony and pain that came with a lifetime of three- to four-second repetitions, but also allowed them to fill in for sick or vacationing workers. Volvo became a workplace in which human-centered designs and concepts created better, more interesting jobs, which led to improved worker well-being and profitability.

In my experience, giving people more responsibility and expecting more technical know-how from them reduced turnover and absenteeism, while at the same time increased morale and productivity. This new way of working in teams to assemble a system was soon adopted not only at our other Volvo plants, but at many other companies around the world. Much of the effort was based on simple common sense. What person wants to stand in an assembly line for 40 years repeating the same 90-second cycle over and over again without self-improvement, encouragement to do better or the opportunity to learn new skills? 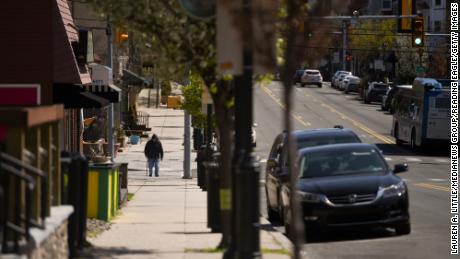 The philosophy is simple: Give employees more responsibility, more training, more satisfying work, and absenteeism decreases, productivity increases and worker morale soars. These lessons can be applied in virtually every industry, not just with the production of large machines. Every worker, whether it’s at the grocery checkout or in the emergency room, thrives with more responsibility, more creativity and more flexibility. By giving people an opportunity to improve their skills and understand how their team can work more efficiently, team members work together to achieve a common goal — not like mindless robots. It may take more effort than the American way of training workers as cheaply as possible and firing them without a second thought, but with buy-in from employees comes loyal employees, new ideas, less absenteeism and more productivity — and all of that translates directly to the bottom line.

Another action we took with an eye toward improving both efficiencies and worker health was, with the help of an ergonomic expert, the introduction of a completely new set of tools adapted for the smaller hands of women. It was absurd that women had to use the same size tools as men, which was causing stress not only in their hands, but also in their shoulders, resulting in more pain, less productivity and more absenteeism. The solution was so simple, and the new tools caused an almost immediate improvement in morale. 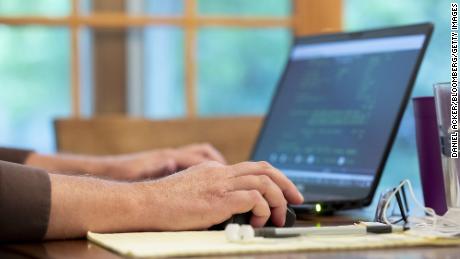 Every type of company would do well to listen to those on the front lines. Adapting a task to a particular demographic is often as easy as raising or lowering a desk chair, or rotating jobs at a grocery store or making certain everyone can reach the gas pedal of a 35,000-pound truck. In the same way, stretching everyone’s knowledge and skills is a win-win for company and workers alike.
The pandemic has shown all of us the value of our hourly workers. Let’s respond by showing them our gratitude by closing the wage gap, respecting their contributions and paying attention to their higher-order psychological needs of safety, creativity, satisfaction and comradery.
Source: Read Full Article