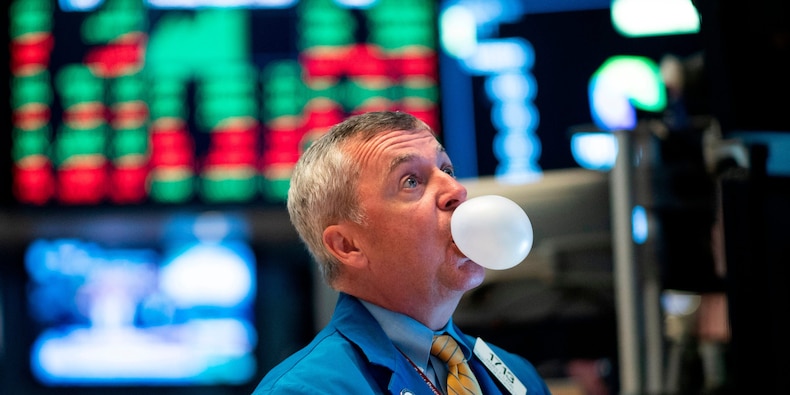 The boom in SPACs, or blank-check firms that merge with private companies to take them public, has collapsed with new issuances drying up, according to market research from Bespoke Investment Group.

There has been no issuance so far this week and none last week, marking the longest SPAC drought since last March.

SPACs have surged in popularity, in part as they allow private companies to bypass the traditional IPO process, which can be slower and more expensive, in favor of a quicker route to public markets. The method of going public has been popular with many pre-revenue startups.

Bespoke said since February, $23.4 billion in SPAC issuance has been priced, which is roughly the same as the volume for the last two weeks of February, and a "small fraction" of the $135 billion in the second half of last year through the end of February.

"Given the collapse in performance since late February, it's no surprise the register has stopped ringing," said Bespoke in a note published Tuesday.

The firm noted that 20 stocks in the Defiance Next Gen SPAC Derived ETF that broadly tracks the SPAC space have lost about 50% or more since mid-February. Many of these are electric-vehicle and clean-energy names.

"Collectively, these stocks have seen their market cap fall from over $135 billion down to just $55 billion," said Bespoke.

Among the biggest decliners, shares of XL Fleet, a company that converts commercial vehicles like small trucks into electric vehicles, and Diginex, a Hong Kong-based digital financial services company, have each fallen by about 67%, while Lordstown Motors shares pulled back by 64%.

In a SPAC Analytics list of top-performing SPACS, Primoris, a construction and engineering services provider, has logged a return of 672%, and sports-betting company DraftKings has posted a return of 604%.

The Securities and Exchange Commission has reportedly launched an inquiry into the SPAC craze and a top regulator with the SEC recently warned about the jump in fundraising SPACs, according to a report by The Wall Street Journal.