Every once in a long while, I manage to have an encounter with the film producer Albert S. Ruddy. It’s always—what?

I think I’ll go with amazing.

It’s certainly amazing to see Al Ruddy, at the age of 91, credited as a producer of Cry Macho, which is set for release by Warner Bros. and HBO Max on Sept. 17–and not just because the movie is directed by and stars Clint Eastwood, who is also 91. To put things in perspective, Ruddy has been trying to get the picture made since I was an struggling doctoral student of Modern European History, which would be 46 years ago, give or take. Once, the film seems to have started, with Roy Scheider, in Mexico. (That would be somewhere among  iterations that involved Burt Lancaster and Pierce Brosnan.) But something happened, and the plug got pulled. By then, Eastwood had already been in and out of the project. He put it aside to do The Dead Pool, which was released in 1988–a long time ago, when cop movies were still popular. 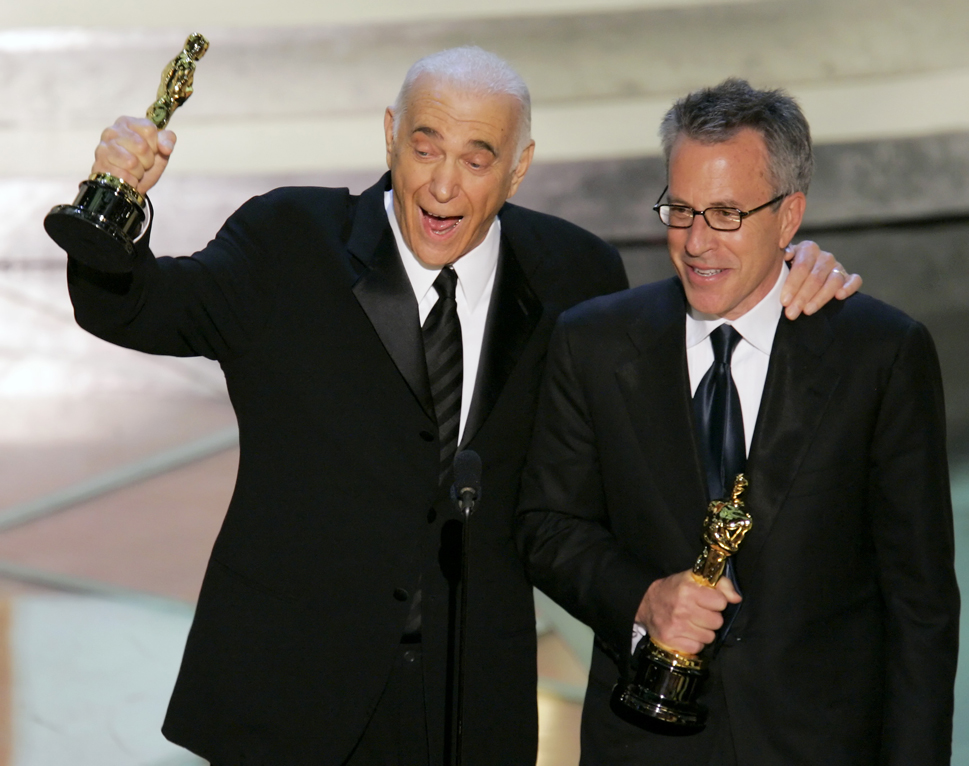 In 2003, during my second tour as a reporter for the Los Angeles Times, I joined colleague Claudia Eller in writing about Ruddy’s plan to cast his close friend Arnold Schwarzenegger in the Cry Macho lead. He was to have played a somewhat battered horse breeder and ex-rodeo star who finds redemption on a mission to retrieve another man’s son from South of the Border. Having put aside politics—or so our story said—Schwarzenegger was looking for role that would highlight his softer side. That was printed on July 31. On August 7, Schwarzenegger announced his candidacy in that year’s California recall election. By Nov. 17, he was governor.

At that point, a more perturbable producer might have given up. But not Ruddy. Nothing seems  to shake him. I once saw him listen calmly as fellow producer Arthur Cohn, whose habit is to toast each and every guest at his annual Oscar dinner, delivered a warm tribute to Ruddy’s spouse, Wanda McDaniel.

“Arthur, that’s beautiful,” said Al, with a nod toward his companion. “But this isn’t my wife.”

Back in the mid-70s, having produced The Godfather, Ruddy courted Ayn Rand, in pursuit of rights to her Atlas Shrugged. They disagreed over script approval. “Then I’ll put in my will, the one person who can’t get it is you,” Ruddy recalled Rand telling him.  Forty years later, he gave me a call at The New York Times, to report that he had the rights. His plan, at that point, was for a television series. Amazing. Anything is possible.

When Ruddy’s Million Dollar Baby won the Best Picture Oscar in 2005, he told Leonardo DiCaprio, whose The Aviator was a runner-up, “Don’t worry baby, you’re going to get a hundred of those things.” Or so he told me and my Times co-writer Brooks Barnes in a typically unfiltered interview in 2016. The gravel in his voice makes everything plausible.

I was certainly a believer five years earlier, when Ruddy got on the line with another amazing report. Cry Macho, he said, was finally being made. This was in early May of 2011. Arnold Schwarzenegger had stepped back in. The film would be his first since leaving office. Rights were being scooped up in Cannes, never mind an inconvenient flap that week, when it was reported that Schwarzenegger had fathered a child with his housekeeper.

At that point, this real-life son would have been about the same age as Schwarzenegger’s young sidekick in the movie. It seemed a bit close for comfort. But “all is A-OK . . . production commences August 24th,” rasped Ruddy.

Well, it didn’t quite work out that way. In a day or two, Schwarzenegger was out.

But, ten years later, Eastwood is back in, and, if the posters on the bus stops are to be believed, the imperturbable Al Ruddy’s Cry Macho arrives in two weeks.

And that is truly amazing.