Concerts are on hold indefinitely, but a Taylor Swift fan could become her neighbor in Rhode Island for $11.95 million.

The home at 12 Bluff Avenue in Westerly is listed with Donna Simmons at Sotheby's. The property is in the "quiet and idyllic" Watch Hill village in Southwestern Rhode Island that has "the breezy, laid back summers one would only find decades ago in American seaside communities," Simmons told Business Insider in an email.

Read more: Target employees claim the chain will wait to arrest shoplifters until thieves steal enough to get felony charges. Experts say it's part of a larger trend to mitigate theft across retail.

The mansion next door famously belongs to Taylor Swift, the subject of her song "The Last Great American Dynasty" on this summer's "Folklore". Hill House, formerly Holiday House, was built in 1930; Swift reportedly paid for the most expensive private home in Rhode Island by wiring $17.75 million in cash in 2013.

The beachfront mansion has 8,381 square feet. 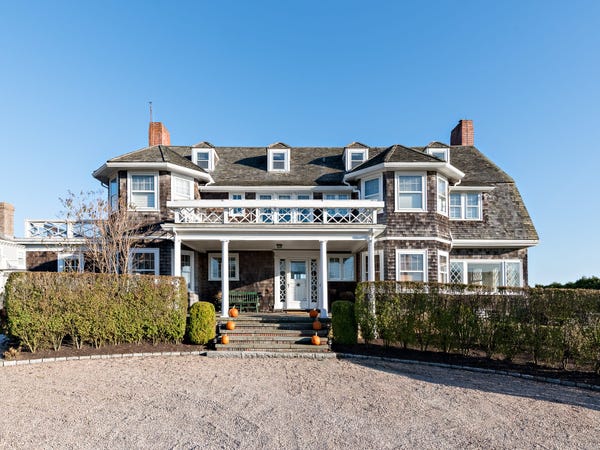 Hill House was built in 1905 in the New England cottage style. 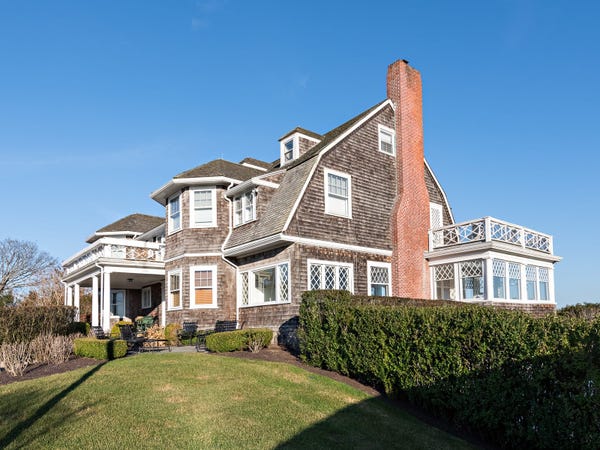 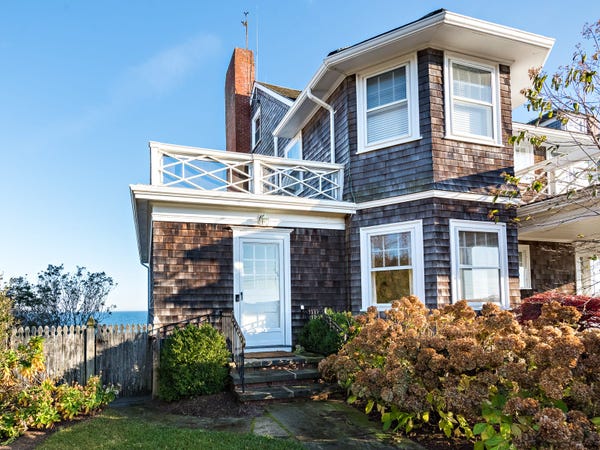 Large porches are another iconic part of the style, where residents can take in ocean views. 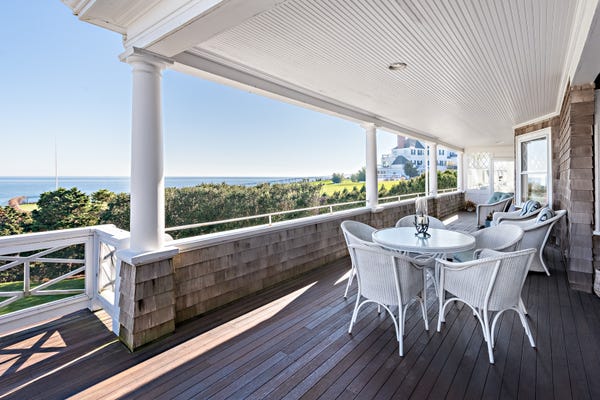 Inside, the house is spacious and decorated in classic, minimal style. 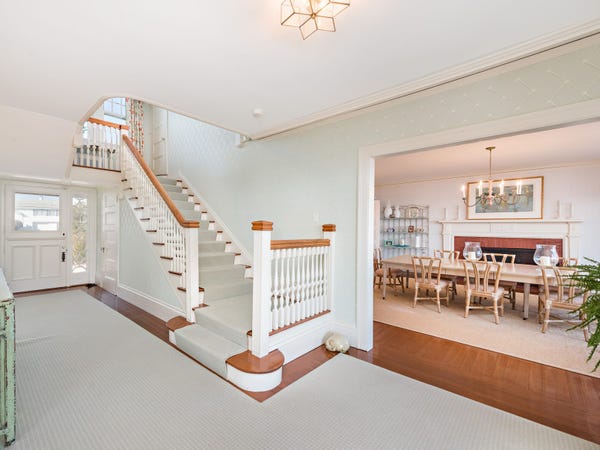 The interior is primarily white, with touches of color. 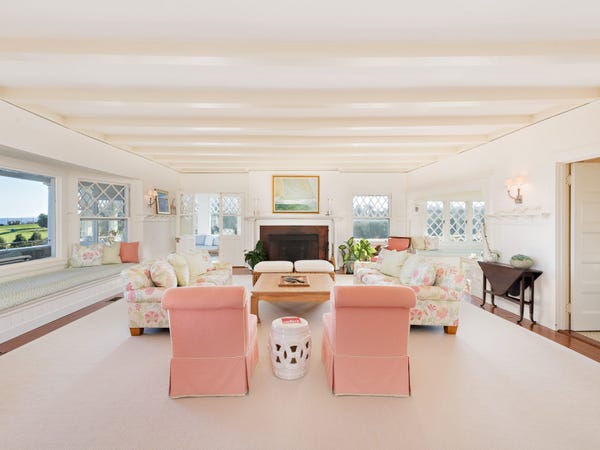 Though it's mainly a beach house, it has four fireplaces for a cozy feel. 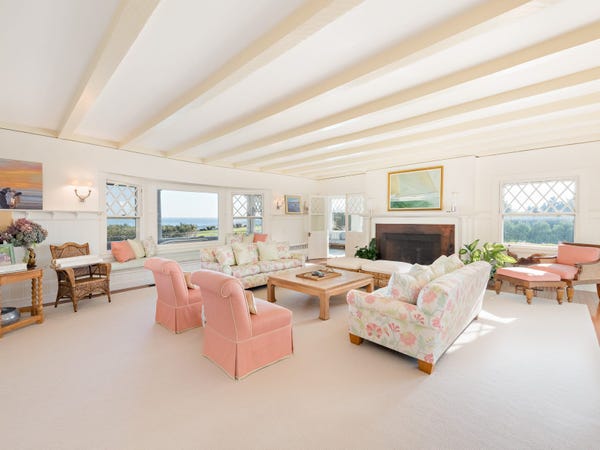 Large windows and an open sitting room look out into neighboring houses. 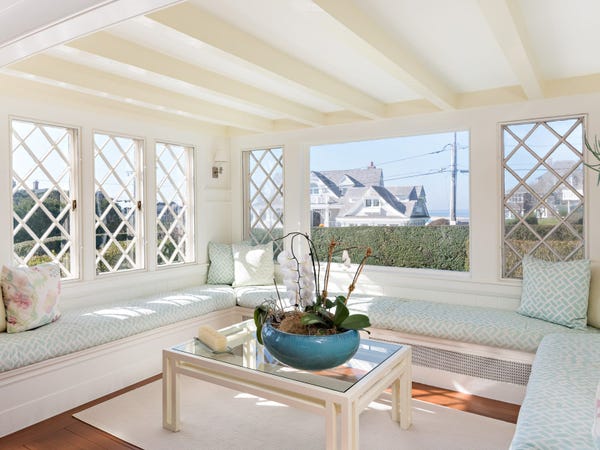 A blue, nautical theme is also appropriate for the beachfront property. 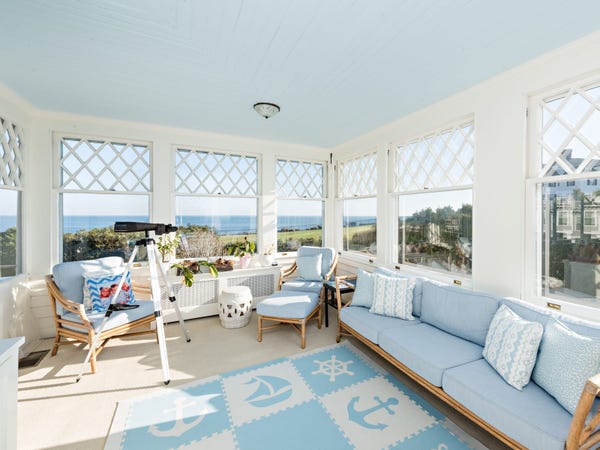 Classic details like a chandelier in the formal dining room nod to the home's history. 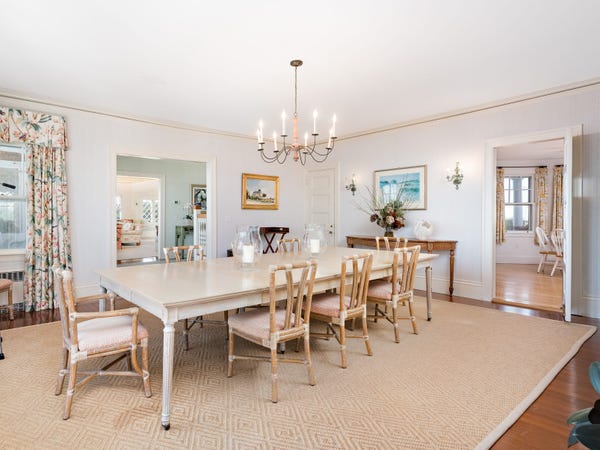 The kitchen is the most colorful room in the house. 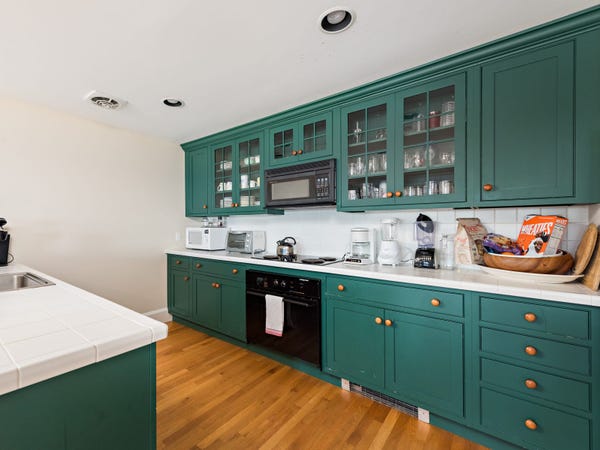 It has seven full bathroom and two half bathrooms. 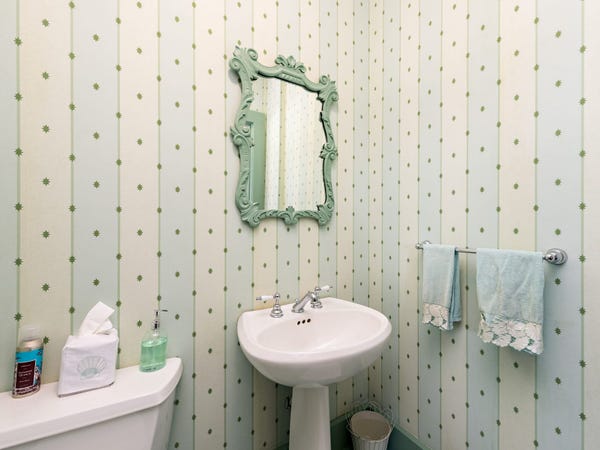 There are nine bedrooms… 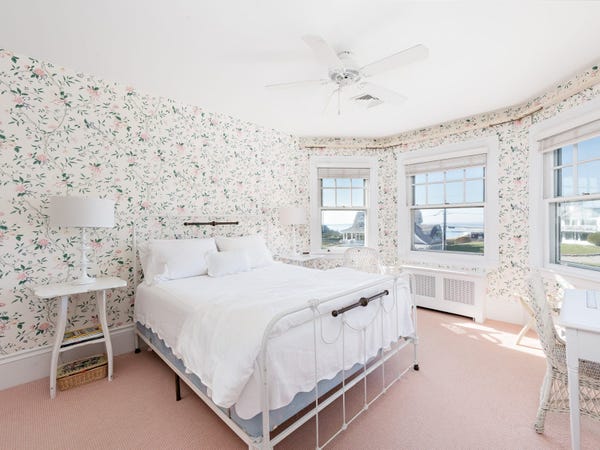 …along with an attic and… 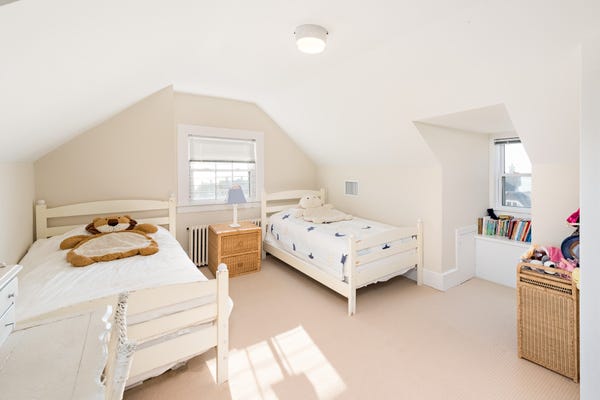 …and an in-law suite. 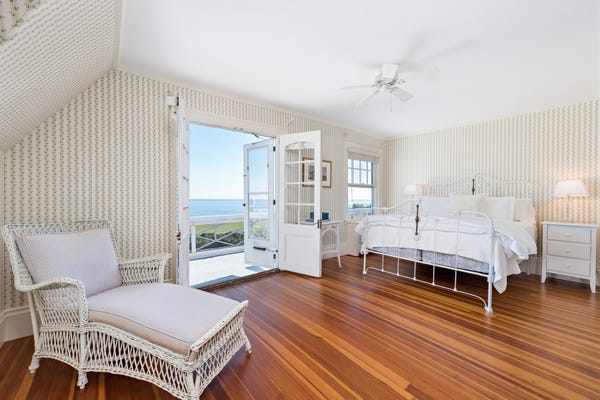 Back outside, the large porch wraps around the back of the house. 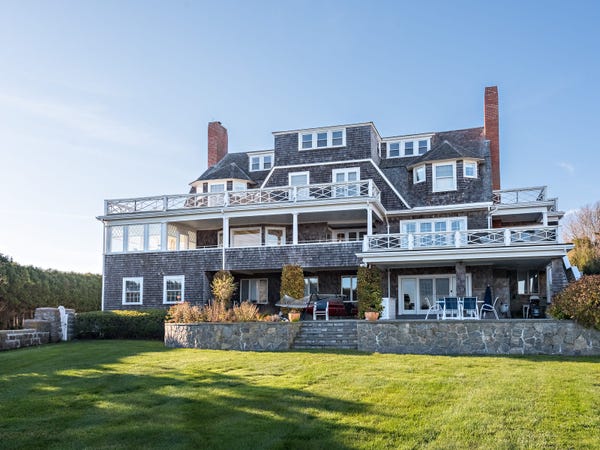 On about half an acre, the lawn slopes down to the beach. 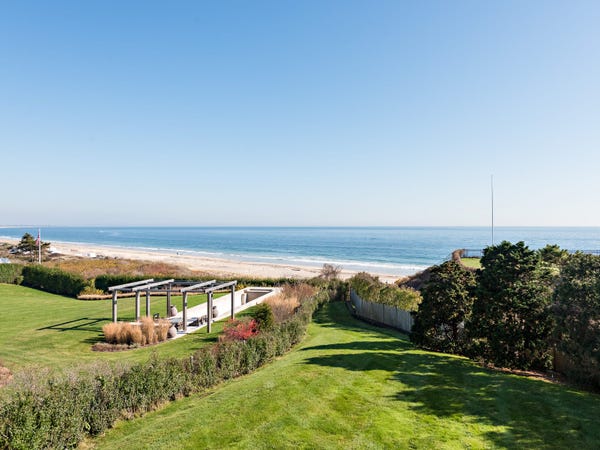 The bluff the property sits on was part of Watch Hill. 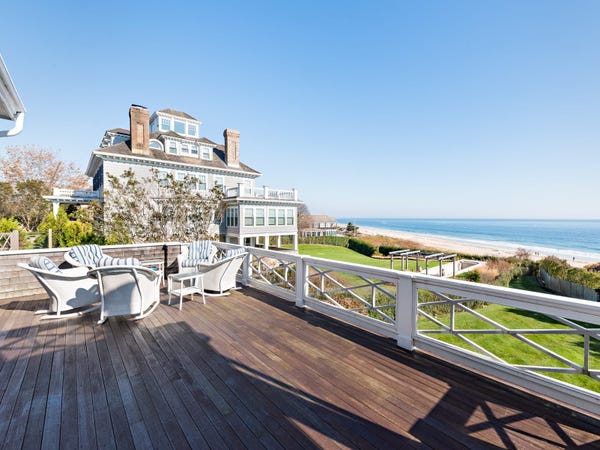 Residents can walk down to the beach directly from the house. 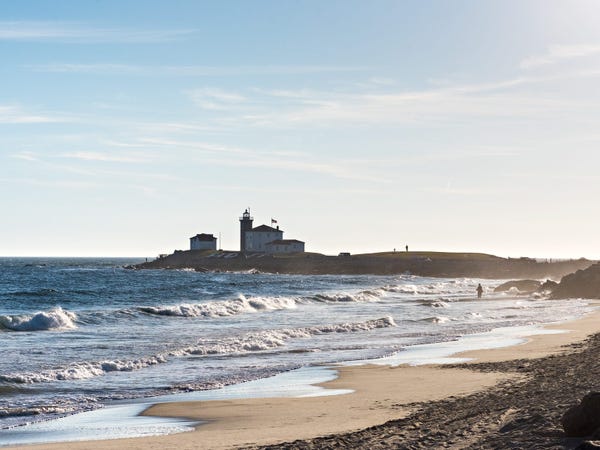 It's also within walking distance to shops and restaurants in town. 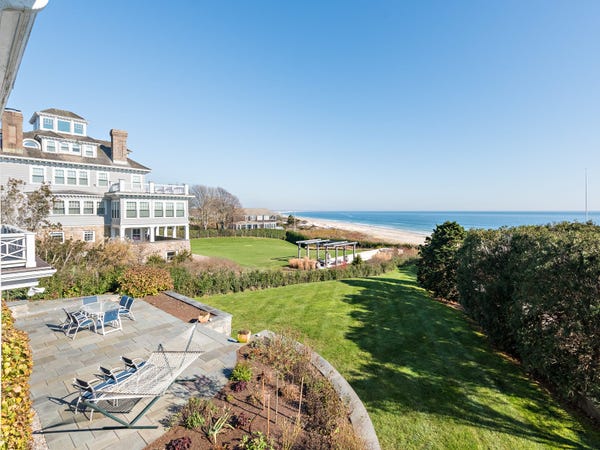