‘There is lack of demand because people have no jobs, and no income.’
‘Lakhs of people have lost their jobs and they have no income which has led to no demand in the market.’

Prominent economists have drafted a seven-point plan of action for the government to tide over the present economic, health and humanitarian crisis India is facing now.

Though the economy has been on a downslide even before the coronavirus pandemic, the health and humanitarian crisis has made the economy shrink even further, calling for drastic action, it was felt.

One of the economists who drafted the seven-point action plan — Mission Jai Hind — is Dr R Nagaraj, a professor at the Indira Gandhi Institute of Development Research.

“What the government has done in most of the cases is, improvements in the supply side. But it has not improved the demand side,” Professor Nagraj, below, tells Rediff.com‘s Shobha Warrier in the first of a two-part interview:

Was it because many economists including you felt that the Rs 20 lakh crore stimulus package, and the measures taken by the government, are inadequate to kickstart the economy that you all decided to come out with this seven-point plan?

To begin with, many of us feel it is a humanitarian crisis that we are facing now.

The government should admit and address this issue first. But somehow, this has not received enough resonance in the government package.

We have been saying that the economic package of Rs 20 lakh crore lacks what is needed to provide immediate relief to the migrant workers and daily wage earners who have lost their jobs.

It is a matter of concern for many of us.

So, when this idea to come up with a seven-point plan to address the issue, we all agreed to sign up the agenda.

Many experts feel that as the first measure, the government should transfer cash to all those whose livelihood has been affected.
Why do you think the government is reluctant to do this when it boasts of opening millions of Jan Dhan accounts?

This is something that has surprised many of us. The government claims that the Jan Dhan accounts were created to help those people in times of distress.

I suspect it is mainly because the government is fiscally very conservative (that they are not doing direct cash transfer).

They are worried that if the fiscal deficit goes out of control, the international rating agencies will downgrade India, and that will affect our ability to invite foreign capital.

Their eyes are totally fixed on international capital and rating agencies’ view of India.

I feel this is the reason why they are not very keen to breach the fiscal deficit very significantly. 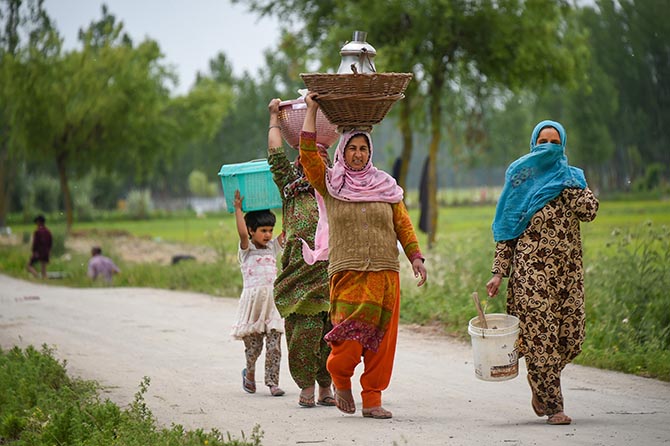 When a humanitarian crisis of this magnitude is happening, should they be thinking of fiscal deficit and what the international rating agencies think of India?

Of course, it is not at all the time to think of fiscal deficit target, and the view of the rating agencies.

We have overflowing stocks of food grains. In fact, a recent study by scholars from JNU says that so much stock is going to be wasted.

Because we need them to restart the production. It takes longer time for them to be back if they leave the city. So, they need to be kept in the city, fed and cared for. And this is not beyond our fiscal ability.

We have a ministry of labour. Everybody knew there was migration of labour from the poor northern and eastern states. 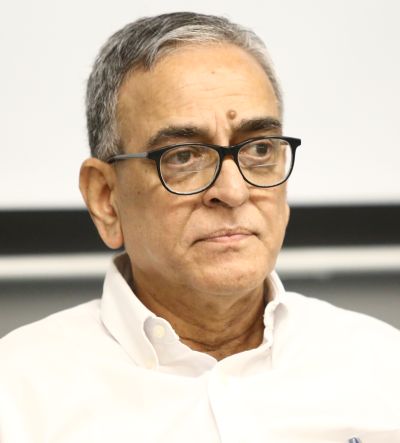 That’s why they have shown absolutely no inclination to intervene in this crisis and make some meaningful suggestions. 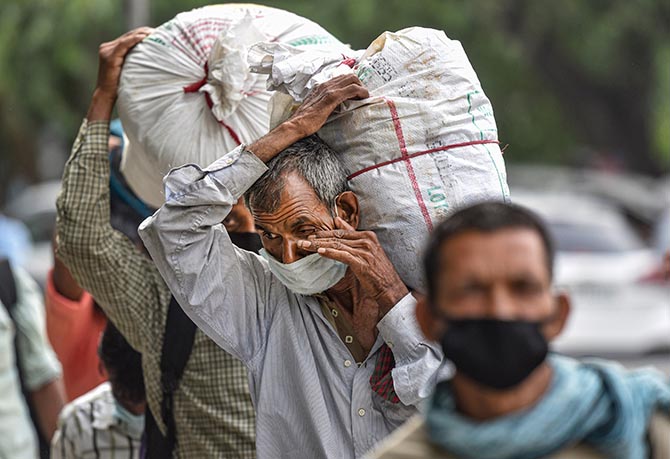 Also, why are they referred to as migrants? Are they not Indians too?

Yes, you are right. They are as much Indian citizens as you and me. This really shows the class nature of Indian society.

The heartbreaking images of thousands and thousands of people walking shows there are two Indias: The well-sheltered middle class plus the rich with regular jobs, and the rest.

The workers may not be the largest, but they are the weakest in our society because they face the worst of the rural economy as well as the urban economy.

They come to the cities to earn a few rupees extra and improve their living, and they have been thrown out without any compassion.

In the cities, if they don’t get their wages, they are out on the streets.

The utter callousness shown towards them by Indian society is appalling.

A crisis of this magnitude made open the wounds, all the contradictions and the class divide and conflict.

The Rs 20 lakh crore stimulus package, and many other packages announced later, even the bBudget did not enthuse the economy. What is lacking in them?

First, most of the money is in liquidity. Yes, bank loans are offered at lower interest rates. But the problem is, it will not create demand.

It is only to improve supply. It is to make it easier for people to borrow provided they are willing to borrow. The borrower may not borrow now as there is no market.

Through these stimulus packages, the government has not done anything to prop up demand which is the immediate concern.

The bulk of the stimulus package consists of supply-side issues which, in principle, are expected to augment output growth in the medium to long-term.

For instance, improving access to credit for MSMEs is desirable. Firms would take the bank credit only when they are sure of adequate demand.

This has not received adequate attention in the package announced.

What the government has done in most of the cases is, improvements in the supply side. But it has not improved the demand side.

And the crisis we are facing now is lack of demand.

There is lack of demand because people have no jobs, and no income.

Lakhs of people have lost their jobs and they have no income which has led to no demand in the market.