The 14 listed Tata group companies in which Tata Sons holds a stake are paying out a record Rs 35,441 crore to their shareholders by way of dividends and share buyback for FY21. 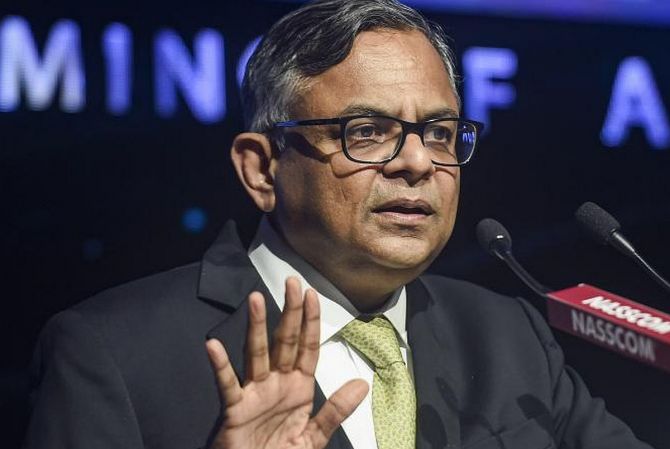 The Covid-19 pandemic seems to have had little impact on Tata Sons’ finances.

The owner and promoter of the country’s largest business group in the private sector is set to earn an all-time high dividend income from its listed companies for FY21.

The 14 listed Tata group companies in which Tata Sons holds a stake are paying out a record Rs 35,441 crore to their shareholders by way of dividends and share buyback for FY21. In comparison, these companies had paid Rs 30,360 crore in FY20.

With this, Tata Sons has earned nearly Rs 90,000 crore from the listed group companies in the last five years by way of dividends and proceeds from share buyback.

In all, 12 of the 14 listed Tata companies are paying the same dividend for FY21 as in FY20, but most of the Tata Sons earnings will come from just two companies — Tata Consultancy Services (TCS) and Tata Steel.

TCS remains the prime cash cow for the group, though its share in Tata Sons’ total earnings declined a bit in FY21 because of a rise in the payout by Tata Steel.

The software major accounted for 92 per cent of Tata Sons’ earnings from the listed group companies, down from 95.4 per cent in the previous year.

The steel major is paying a 162 per cent higher dividend in FY21 than last year, thanks to a rebound in the global steel cycle, leading to higher profitability.

Out of this, Tata Sons’ share would be around Rs 987 crore.

The analysis is based on the annual dividend paid by the listed Tata group companies, and Tata Sons’ stake in these companies at the end of March every year.

The estimated proceeds from share buyback by TCS have been added to this.

TCS has so far done three share buybacks of Rs 16,000 crore each, cumulatively returning Rs 48,000 crore to its shareholders.

Tata Sons’ proceeds from the TCS share buybacks have been estimated based on its shareholding in the company.

Tata Sons’ finances continue to remain disproportionately dependent on the payout by TCS.

In FY21, Tata Sons is likely to net around Rs 20,150 crore from TCS by way of equity dividend and proceeds from share buyback.

Out of this, around Rs 10,000 crore came from the proceeds of share buyback and the rest came from equity dividend.

The company also spent Rs 16,000 crore in share buyback in January this year.

In the last five years, dividend and share buybacks by TCS have accounted for nearly 94 per cent of all Tata Sons earnings.

The payout by other group companies such as Titan, Tata Power, Tata Chemicals, Tata Consumer, Voltas and Tata Communications remains a fraction of the amount paid by TCS and Tata Steel.

Tata Motors, which accounts for 40 per cent of all Tata Sons equity investment in the group listed companies, will skip dividend for the fifth consecutive year.

Some analysts worry about Tata Sons’ overdependence on TCS given a slowdown in its revenue and profit growth and its high payout ratio.

“TCS has been very generous in rewarding its shareholders but future growth in its payout will depend on earnings growth that is now growing in single digit,” said an analyst on the condition of anonymity.

In the last four years, TCS has distributed 91 per cent of its reported net profit as dividend or share buyback among its shareholders.

In the same period, its net sales have grown at a compounded annual rate of 7.5 per cent while net profit has grown at a CAGR of 5.9 per cent.

There is a hope that Tata Steel may pick-up some of the slack.

Many metal analysts expect a sharp jump in the companies’ profits in FY22 thanks to a global upcycle in steel prices.

Edelweiss Securities for example expects Tata Steel to more than double its net profit in FY22 to around Rs 20,000 crore.

Some of this could flow to Tata Sons by way of higher dividend pay-out.

A continued poor show by Tata Motors however means that TCS may continue to remain Tata Sons prime cash cow in foreseeable future.