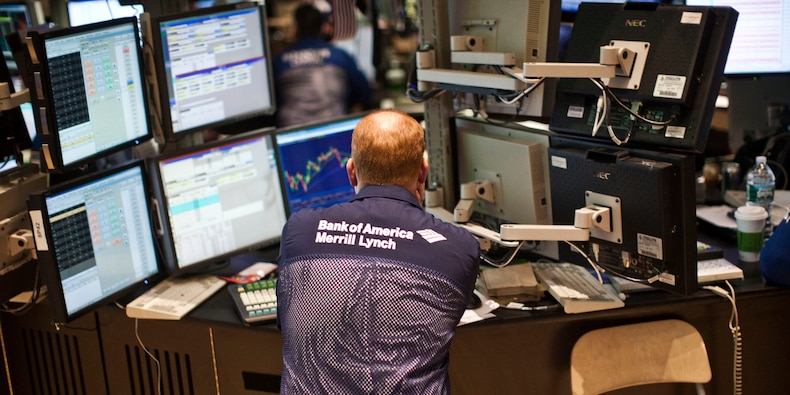 Stocks were the only major asset class (not including cryptocurrencies) that saw gains in the first quarter of 2021, but according to Bank of America's sentiment indicators, "anemic" returns may be on the horizon.

In a note to clients last week Bank of America analysts reviewed the performance of all major asset classes in the first quarter.

The analysts found that stocks were the lone bright spot so far this year. All 11 equity sectors posted gains through the end of March, with cyclicals leading the charge.

The stimulus also led to a rotation away from highly valued tech names and into value plays. According to Bank of America, the first quarter "marked the biggest rotation into Value since 2001."

Despite the strong performance from equities, Bank of America warned of dangerous "euphoric sentiment" in the markets.

Read more: BANK OF AMERICA: Buy these 14 semiconductor stocks poised to benefit from Biden's multitrillion-dollar infrastructure plan – including one set to surge 39%

According to the firm's Sell Side Indicator, a contrarian gauge of Wall Street sentiment, optimism over the past twelve months has risen three times the typical rate following bear markets since 1985.

Bank of America's sentiment indicator is now at a 10-year high and the closest it's been to a contrarian "sell" signal since May 2007.

When the "sell" signal flashed over a decade ago, the S&P declined 13% in the following 12 months.

Bank of America recommended clients stay invested, but "go up in quality" to names with stronger balance sheets and less debt.

The investment bank said clients should focus on investments in areas sensitive to "the real economy" like cyclicals, industrials, and small caps stocks amid record fiscal stimulus and President Biden's new infrastructure plan.