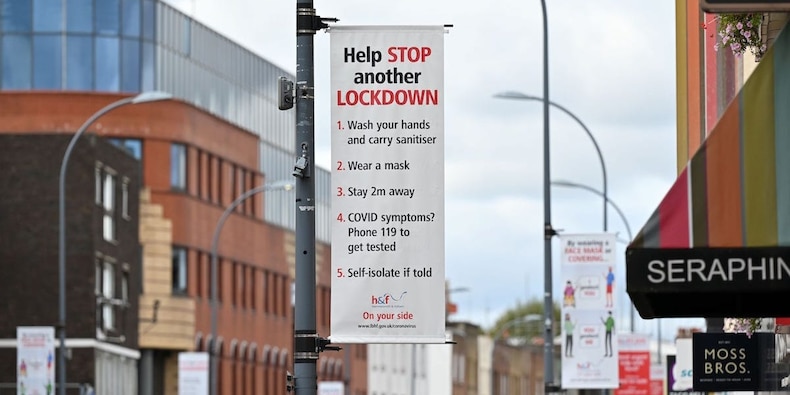 The S&P 500 declined on Monday as investors grappled with a new COVID-19 strain identified in the UK that’s said to be more contagious. The Dow Jones industrial average finished in positive territory after tumbling as much as 424 points at intraday lows.

Much is still unknown about the mutated virus, including how well vaccines from Pfizer and Moderna can protect against it.

Surging COVID-19 cases and concerns about the new variant of the virus have led to lockdown measures and travel restrictions for the UK. France, Germany, Italy, Ireland, and the Netherlands have banned flights from the UK, and Austria and Sweden are preparing to do the same.

Here’s where US indexes stood at the 4 p.m. ET market close on Monday:

Read more: Bank of America unveils its top stock pick in each of the 11 S&P 500 sectors and explains why they’re poised to dominate in the year ahead

Travel stocks plummeted on Monday as investors grappled with the renewed risk of a longer shutdown and travel restrictions. Tesla tumbled as it was officially entered into the S&P 500 index. Meanwhile, a $4.4 billion takeover of Aerojet Rocketdyne by Lockheed Martin helped spur a 26% surge in the rocket manufacturer.

Bitcoin suffered a steep drop from record highs on Monday as crypto investors grappled with a hack of the personal wallet system Ledger and new proposed rules from the US Treasury that would require exchanges to collect identifying information for its users who transfer more than $10,000 to a crypto wallet.

Read more: BANK OF AMERICA: Buy these 26 cheap and fundamentally rock-solid stocks before the economic rebound sends them soaring in 2021