In 2010, the International Energy Agency called coal “the backbone of global electricity generation” in its outlook for the next decade of worldwide energy markets.

On Tuesday, the Paris-based intergovernmental organization said renewables would make up 80% of new power generation by 2030, overtaking the fossil fuels that presently dominate electricity production.

Installing solar photovoltaics is “consistently cheaper” than building coal or natural gas plants in most countries, and solar projects “now offer some of the lowest cost electricity ever seen,” the IEA’s researchers said in their decade-long outlook for the 2020s.

The organization expects solar energy to eclipse coal as the top source of electricity in the next five years, with wind energy following close behind.

Government policies to slash planet-heating emissions would only hasten the trend toward solar as China, the world’s largest climate polluter, seeks to level off its carbon dioxide output by 2030 and reach carbon neutrality by 2060.

“I see solar becoming the new king of the world’s electricity markets,” Fatih Birol, the IEA’s executive director, said in a statement. “If governments and investors step up their clean energy efforts in line with our Sustainable Development Scenario, the growth of both solar and wind would be even more spectacular – and hugely encouraging for overcoming the world’s climate challenge.” 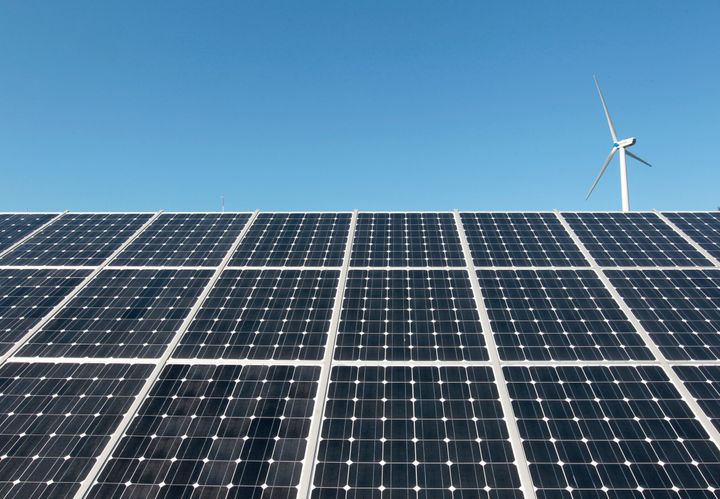 Hydropower was expected to remain the top source of existing non-fossil generation. Demand for gas was forecast to keep growing over the next decade, particularly in Asia, though the fuel could decline as renewables come online at a faster rate. But the world’s appetite for oil was projected to peak by 2030.

“The era of global oil demand growth will come to an end in the next decade,” Birol said. “But without a large shift in government policies, there is no sign of a rapid decline.”

The researchers found that grid operators remain “the weak link in the transformation of the power sector,” with demand for new transmission lines to carry electricity from sun-soaked or windy locales to densely populated areas growing by 80% compared to the past decade.

The report also found that worldwide poverty levels increased in 2020, making electricity unaffordable for more than 100 million people who already had electricity connections. The IEA expected the number of people in sub-Saharan Africa without any electricity at all ― a figure that already topped 580 million people, nearly twice the population of the United States ― to grow this year, reversing years of progress.

To keep global temperatures from exceeding 1.5 degrees Celsius above pre-industrial averages, the steady deployment of renewables will need to be coupled with the increased use of low-carbon hydrogen fuels and carbon capture technology. Advanced nuclear reactors could also play a key role, the report said.