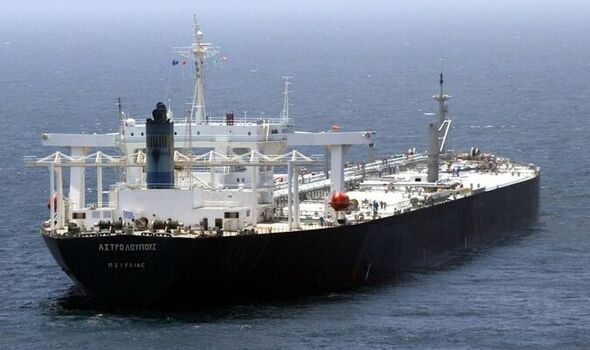 The Office for National Statistics (ONS) said that prior to its attack on its neighbour, Russia was the largest exporter of refined oil to the UK, accounting for a quarter of all imports.At the same time, Russia provided 5.9 per cent of crude oil imports and 4.9 per cent of the UK’s gas supplies.

Fuel exports to the UK were worth approximately £500million a month to Moscow.

The British government aims to halt Russian oil imports by the end of the year, with gas to follow as soon as possible.

Oil and gas accounts for just under half of Russian exports to the UK.The ONS says that since the invasion, sanctions have sent the total value of Russian imports down from £1.8billion to £33million, the lowest level since records began in 1997.

Additionally, the ONS said that in June the value of Russian drinks, tobacco, animal and vegetable oil and fat imports had fallen to zero. Imports of chemicals, raw materials, food and animals, and manufactured materials from Russia has fallen by at least 90 per cent.

The war in Ukraine, combined with a post-pandemic surge in demand for energy, has sent wholesale fuel prices soaring.

According to the Institute of Chartered Accountants in England & Wales (ICAEW), its business confidence monitor has turned negative for the first time since the pandemic, due to higher costs, particularly energy, as well as skills shortages, rising taxes and transport strikes sending the cost of doing business soaring.

The ICAEW said that in response to rising costs, companies are hiking their prices at record rates and they expect inflation to be a problem well into next year.

Michael Izza, ICAEW chief executive, said: “With inflation running at levels not seen for 40 years, ministers must provide targeted support for struggling businesses and households to keep the lights on this winter.”