London (CNN Business)The future of a nearly complete gas pipeline that promises to strengthen Russia’s grip on Europe’s energy supply has been thrown into doubt following the poisoning of opposition leader Alexey Navalny.

The German government has not ruled out consequences for the Nord Stream 2 pipeline as it moves to press the Kremlin for information about the poisoning, but analysts say that such a move would face multiple legal challenges and threaten Europe’s cheapest supply of gas. Navalny is being treated in a Berlin hospital after being flown there from the Siberian city of Omsk.
Russia was the European Union’s largest supplier of natural gas last year, accounting for 38% of imports, according to the European Commission. Restricting supply would raise prices for consumers across the European Union, experts say.

The European Union has been here before. The bloc pledged to cut its dependence on Russian gas after Moscow annexed part of Ukraine in 2014, but imports increased between 2016 and 2018 before falling slightly last year. Germany still imports more than half its natural gas from Russia, which is also the leading supplier of crude oil and coal to the European Union. 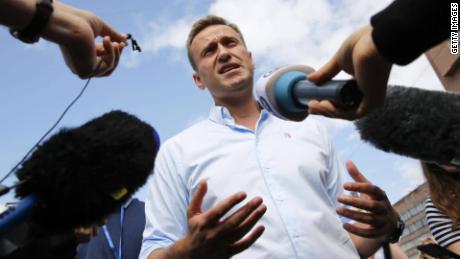 Russia has the largest natural gas reserves in the world and is the world’s biggest gas exporter. The primary purpose of Nord Stream 2, which connects Russia to Germany via the Baltic Sea, is to reduce the reliance on transit routes through Ukraine, which have been increasingly difficult to negotiate due to the armed conflict in that country.

The new Baltic pipeline will have the capacity to meet about one third of the European Union’s future gas import requirements, according to the Nord Stream 2 website. Russian state-controlled gas giant Gazprom is the project’s sole shareholder.
While Europe has several other sources of gas supply, including liquified natural gas (LNG) from the United States, “Russia is a very big one and a very competitive one, which is why people buy it,” said James Henderson, director of the natural gas research program at the Oxford Institute for Energy Studies.
Europe could decide to stop buying gas from Russia altogether, as Poland and Lithuania are trying to do, but prices would increase, Henderson added. Nord Stream 2 coming online next year as planned could reduce the cost of gas in Europe by about 25%, compared to a scenario where the project is abandoned, according to a Wood Mackenzie estimate.
“That would be good news for European gas consumers, obviously, but less welcome for companies seeking to export LNG from the US,” said Wood Mackenzie’s Americas vice chair, Ed Crooks. 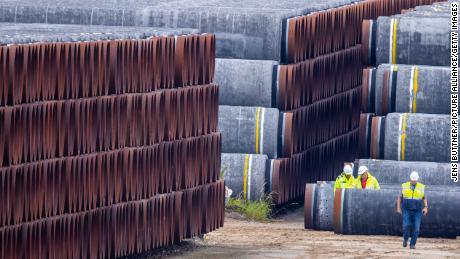 The United States has already imposed sanctions on entities involved with Nord Stream 2, which it says is detrimental to the European Union’s energy security.
It is concerned that the pipeline will bolster Russia’s dominance in the European gas market, giving it undue influence in the region and squeezing out American LNG exporters.
Ukraine is also a key US ally and collects gas transit fees from Russia, leading to worries that the pipeline could destabilize the country and undermine the development of the gas market in Central and Eastern Europe.
A bipartisan bill introduced in the US Congress in June aims to expand sanctions on companies involved in the project, which is about 90% complete.
Germany, which has historically argued against the US position, could threaten sanctions on companies involved in Nord Stream 2 as a bargaining chip in the Navalny investigation, Henderson said, but doing so would have negative consequences for many European businesses. 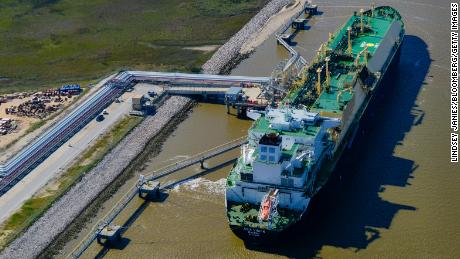 Among them are two major German firms, the utility company Uniper and energy group Wintershall DEA, which have financed the pipeline. Other lenders include French utilities company Engie, Austrian industrial firm OMV (OMVJF) and Royal Dutch Shell (RDSA).
According to the German Eastern Business Association, European companies have already invested €5 billion ($5.9 billion) in the project and substantial damages claims could arise if there were any attempts to prevent it from being completed.
“Commercial interests may prove to be stronger than political interests on this particular front,” said Carole Nakhle, CEO of London energy consultancy Crystol Energy.
It would also be politically difficult to sanction the pipeline, given that its backers have invested alongside Gazprom in an earlier pipeline project, Nord Stream, which is chaired by Germany’s former chancellor Gerhard Schröder.
Russia would be hurt if Europe targets its energy trade. The European Union is its most important market and Gazprom has acted to retain market share by offering price discounts and more flexible contracts to many of its customers, Nakhle added.
“Gazprom’s pipeline expansion plans, particularly Nord Stream 2, hinge upon such assumption of competitiveness as well as a strategic desire for more direct access to European core markets,” she said. “However, other new pipelines into Europe, as well as the flexibility and competitive variable costs of LNG are likely to restrict the medium-term role of Russian gas.”

Given the European Union’s diversity of gas supply, energy security concerns are “overblown.” But “it would be a dramatic move” to cancel the project,” she said.
— John Defterios contributed reporting.
Source: Read Full Article