Hong Kong (CNN Business)Rio Tinto (RIO) has found a new chief after a crisis this year led to the ouster of its top executive.

On Thursday, the mining giant named Chief Financial Officer Jakob Stausholm as CEO. Stausholm will assume the role on January 1, the same day outgoing CEO Jean-Sébastien Jacques is slated to step down.
Jacques resigned under pressure from investors in September over the company’s destruction of a 46,000-year-old sacred Indigenous site in Australia. It demolished the Juukan Gorge caves in Western Australia in May to expand an iron ore mine.

The decision to blow up the site had faced a seven-year battle by the local custodians of the land, the Puutu Kunti Kurrama and Pinikura people, to protect it.
Rio Tinto later apologized for the incident, with its chairman Simon Thompson admitting: “What happened at Juukan was wrong.” 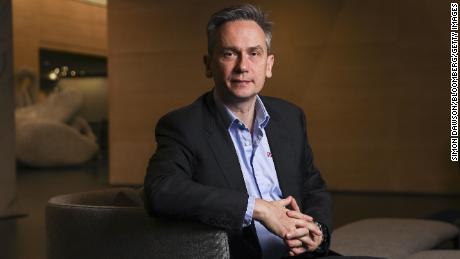 But it didn’t immediately fire any executives, which led to more backlash.
Investor groups accused Rio Tinto of failing to take full responsibility for the demolition of the caves, which had held significant archeological value and deep cultural meaning for Aboriginal people. The two rock shelters, for instance, had contained artifacts indicating tens of thousands of years of continuous human occupation.
Some politicians have since called for restitution.
Last week, an inquiry panel from the Joint Standing Committee of Northern Australia found that Rio Tinto should pay reparations to Indigenous Australians. It described the destruction of the caves as “inexcusable,” but did not specify a proposed amount.
UBS analysts noted that the committee’s report was not government policy, writing in a Wednesday research note that “unilateral action is unlikely.” They added, though, that Rio Tinto is “likely to pay compensation” over the incident.
In a statement Thursday, Stausholm recognized the challenge ahead of him, acknowledging “the difficult times we have faced during 2020.”
“I am also acutely aware of the need to restore trust with Traditional Owners and our other stakeholders, which I view as a key priority for the company,” the incoming CEO added, referring to the land’s local custodians.

Rio’s stock in London rose 1.9% on Thursday following the news. Shortly before the announcement, its shares in Sydney had closed up 1.8%.
— Angus Watson, Laura He and Sandi Sidhu contributed to this report.
Source: Read Full Article