The pandemic changed Ricky Gervais's morning routines. The comedian and director, 60, wakes up at 7:30 a.m., two hours earlier than he used to. He drinks coffee, checks his emails and eats breakfast with his partner, author Jane Fallon. The couple is out of the house by quarter to 9 for their daily hour-long walk around Hampstead Heath, the grassy woodland park in London. It's another habit they started during the pandemic. "We do it for exercise to get our steps up," he says. "We're slaves to our FitBits, but it's also to meet dogs." Gervais estimates that he knows 200 dogs by name at this point. Getting to pet a handful of them sets him up for a successful rest of the day.

Gervais, who was born and raised southern England, has been doing stand-up since the late 1990s. He rose to fame in the early 2000s for playing David Brent, the lead of the British version of the mockumentary sitcom "The Office," which Gervais also co-wrote with Stephen Merchant. He's since written, acted and voiced series including "The Ricky Gervais Show" and "An Idiot Abroad," which were also collaborations with Merchant and comedian Karl Pilkington. In his most recent show, "After Life" on Netflix, Gervais plays Tony, who loses his wife to breast cancer and decides to spend the rest of his time on earth saying and doing whatever he wants. The series, which aired its third and final season on Netflix earlier this year, won the UK's National Television Award for best comedy series in 2021.

Gervais is also known for the comedic takedown of celebrities and celebrity culture. He's hosted the Golden Globes five times. As the Academy of Motion Picture Arts and Sciences continues to search for a host for this year's Oscars ceremony, Gervais says he's not the right man for the job. 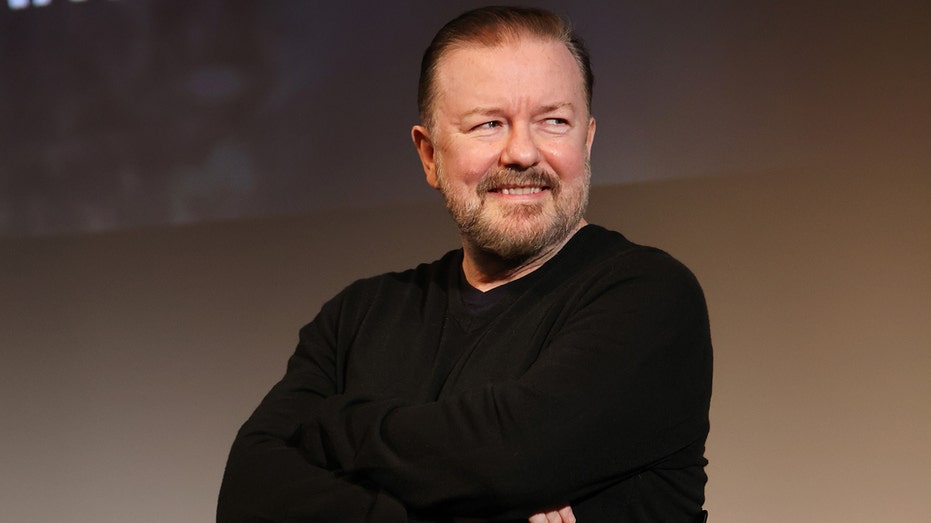 Here, he talks to WSJ. about why no subject is off-limits in comedy and why he doesn't want to preach about veganism.

Do you have a go-to breakfast?

It's granola. That's just how healthy I want to be. Real muesli is just a little too much like chewing sawdust, so I think granola with some fruit in it is a happy medium for me. With oat milk or almond milk.

Do you take any vitamins?

I'm taking a Berocca, it's a fizzy vitamin C thing you put in water. A bit of vitamin D; I started that during the pandemic because I heard it was good against Covid. A vitamin P in there as well. A piriton—in the summer, I get slight hay fever but I take it all year round.

And what do you do after your walk?

I get back around 10. Then I do admin. A typical day, I meet my assistant, we go to the office, I do two hours of admin, which [includes] fan mail. Today I had to write a description for my stand-up show. [And my assistant] has about 10 requests. I try and turn them all down. The only things I can't turn down are charity requests. Today I turned down a voice-over [and] handing out an award…. My excuse for not handing out the award was I can't be bothered to get dressed up, and they just laughed.

It's a wonder I still get offered things. Now all requests for actual work start with, "I know this is a long shot."

My attention span is short, so I have to do lots of things at once. So I'll be writing a script or working on stand-up…. It goes from two minutes of concentration to, I'll have a game of chess. So I have a game of chess and come back—what was I doing? Then I look at the stand-up thing, I think about that for three minutes, then I'll go on YouTube and go down a YouTube portal and then the algorithm kicks in and shows me a song I haven't heard before. Then I might go, That might be great for this scene, if I'm writing something. So I count it all as work. 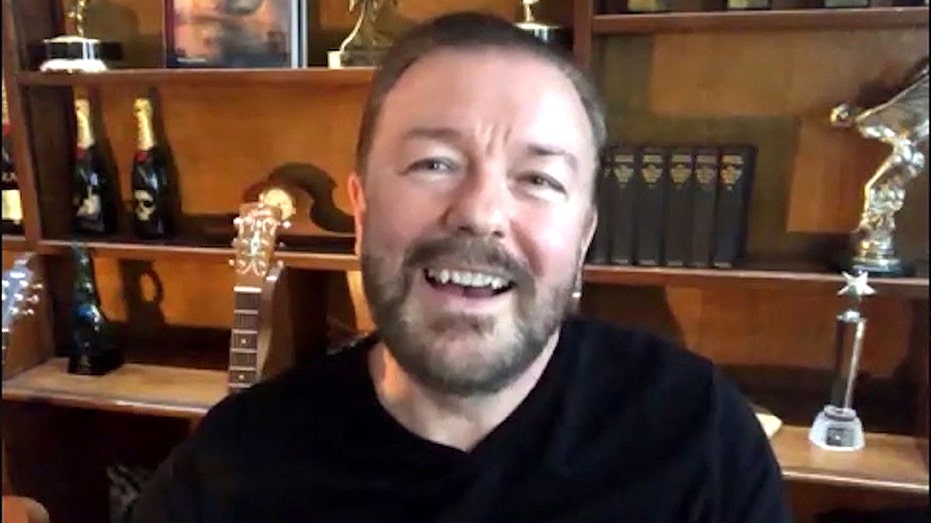 Do you think there's anything you shouldn't joke about?

No. There's no subject you shouldn't joke about. It depends on the joke. As a journalist, there's nothing you wouldn't write about. It depends on your angle, right? I think a lot of this pious offense comes from people mistaking the target of the joke with the subject. You can joke about anything, but it depends on what the actual target is. If you use irony and people see that at face value and think you're saying one thing but you're actually saying the opposite.

Even the critical thinkers, if it's a subject that's personal to them, they can't see the wood for the trees, they can't see objectively. People laugh at 19 of the terrible subjects I joke about, but not the 20th because that affects them.

A lot of vegan blogs and Redditors were excited to learn you're vegan, not just a vegetarian, which you mentioned on The Tonight Show With Jimmy Fallon. How long have you been a vegan?

I've been nearly vegan for years. I haven't eaten meat and eggs for years. The last one to go was dairy. We're 100 percent vegan in the house, but I did lapse every now and again, but I'm desperately trying to be vegan now. But you know what? I don't want to preach about it because when I was vegetarian, I saw people on Twitter making other people who were trying feel bad. For me, it's not about being 100 percent vegan. One, it's about being better than you were yesterday. It's about education. And everything's going to be vegan soon; it's going that way. Also, I've got a cat, so I'm not vegan, because I've still got to buy into the meat market. It's a dangerous thing to be that smug about being a vegan because veganism isn't about food, it's about harm. 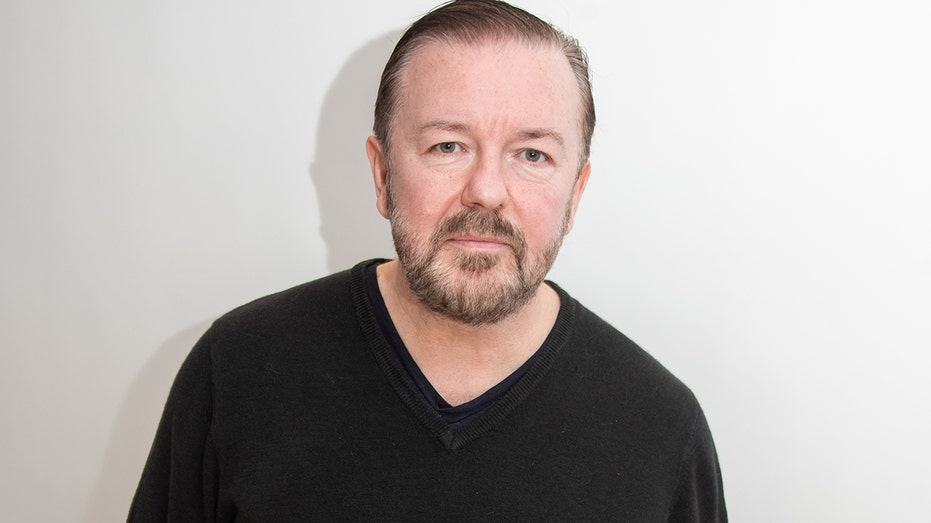 What do you make of the Golden Globes being essentially reduced to a live blog this year?

I don't know. I don't watch awards shows anyway, I never have. The only time I've ever seen an awards show was one that I'm at. I'm either winning or losing an award or presenting it. They're fun for the industry, you know? The first time I [hosted] the Golden Globes—I did it five times over 10 years—it was palpable. People were going, Who does he think he is? How dare he insult the most important people in the world? Over that 10-year period, the world changed. By the last time I did it, it was very different. I kept doing my thing and now people were going, Yeah, give it to them. We hate celebrities. We're tired of being told what to do by people with everything. We're tired of being told to recycle when we know they got there in their private jet or limo.

With ‘After Life’ coming to an end this season, what have you learned about yourself from directing and writing and starring in it?

After the first season, people would come up to me and say, "I lost my brother before I watched it and it really helped." I think I learned that everyone's grieving. It's at the forefront of my mind now, that you never know what other people are going through…. There's this great thing that [philosopher, author and podcast host] Sam Harris says: The next time someone cuts you off on the freeway and you're really angry, you'll both be dead soon. Why waste this moment being angry? I suppose I'm trying to be a bit more zen.