Following its acclaimed run at The Bridge Theatre in London, David Hare’s Straight Line Crazy starring Ralph Fiennes as New York powerbroker Robert Moses will make its Big Apple Off Broadway debut this fall at The Shed. Directed by Nicholas Hytner and Jamie Armitage, the play will run Oct. 18 to Dec. 18.

The announcement was made today by producers Alex Poots, Artistic Director and CEO of The Shed; Madani Younis, Chief Executive Producer of The Shed; and Tim Levy, Co-Director of the London Theatre Company.

The limited nine-week engagement begins previews Oct. 18, with an official opening on Oct. 26 at The Shed’s Griffin Theater as part of the venue’s fall 2022 season.

Hare’s play examines the questionable legacy of Robert Moses and his enduring impact on New York. The play presents an imagined retelling of the arc of Moses’s controversial career in two decisive moments: his rise to power in the late 1920s and the public outcry against the corrosive effects of that power in the mid-1950s.

“When I first read Straight Line Crazy,” Fiennes said in a statement, “I was compelled by its provocation, humor, and of course by the portrayal of Robert Moses. It seemed its natural home was NYC and now—thanks to The Shed—the play can be seen there. I’m excited. It’s a New York play—that’s simply what it is.” 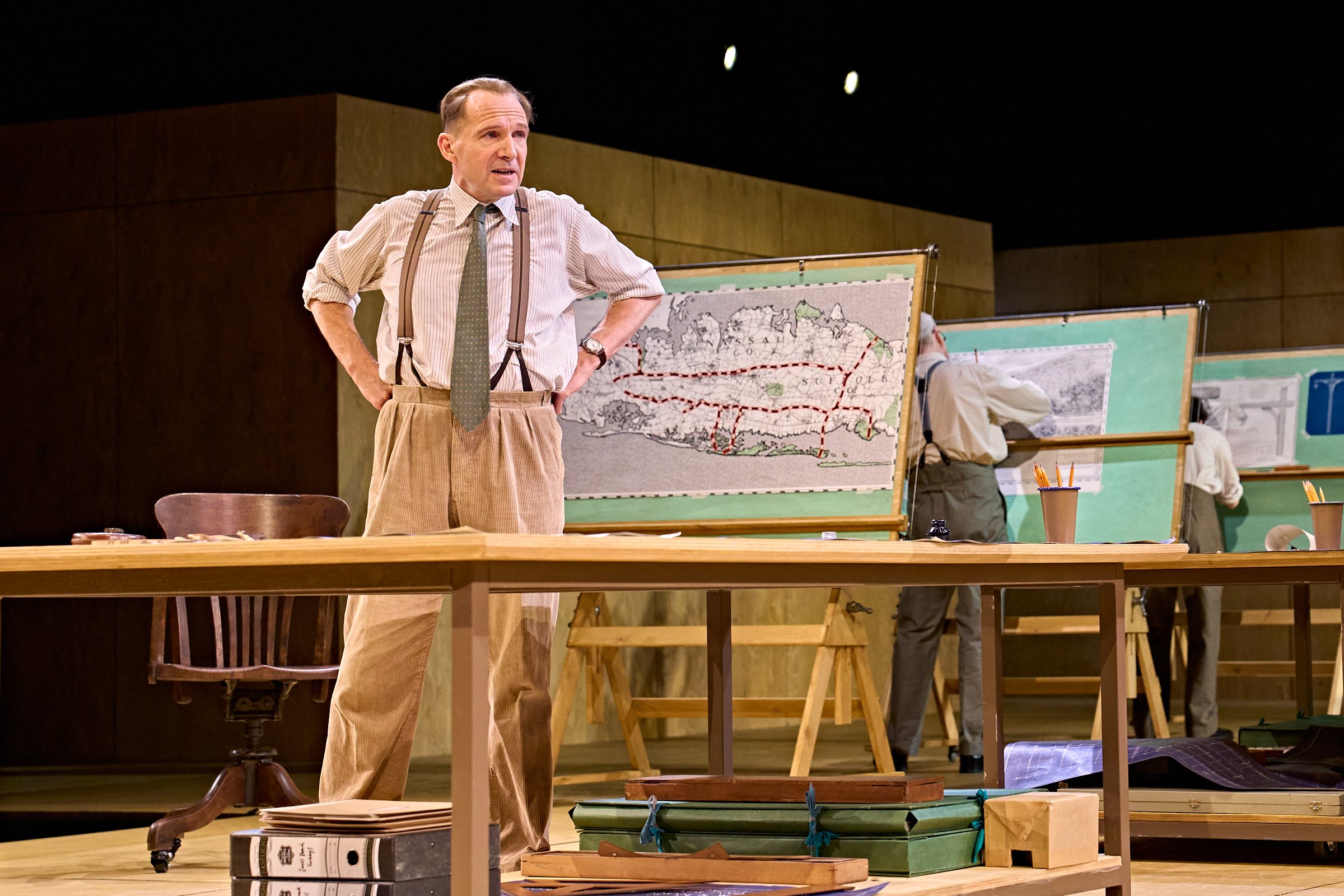 Said Hare, “I am very excited to bring Robert Moses home. We had a great educational run in London at The Bridge Theatre where few of the audience had heard of him. But it will be fascinating to bring this controversial figure back to the city, and to the state, on which he left such a lasting mark.”

Moses was considered the most powerful man in New York for four decades, as he envisioned and built public works whose aftereffects determine how New Yorkers experience the city to this day. “Hare’s play exposes Moses’s iron will, which exploited weaknesses in the state and city governments as he worked to remake public space,” the production says. “Though never elected to political office, he manipulated those who were through a mix of guile, charm, and intimidation. Motivated at first by a determination to improve the lives of New York City’s working class, he created new parks, new bridges, and 627 miles of expressway to connect the people to the great outdoors. However, Moses often achieved these public works at the expense of disempowered New Yorkers, particularly people of color, living in the way of and near his projects. In the 1950s, groups of citizens began to organize against his schemes and the prioritization of cars over public transportation, campaigning for a very different idea of what a city should be.”

Hytner said, “Having premiered David Hare’s new play at The Bridge Theatre in London this spring, I’m so thrilled to now partner with The Shed to bring this New York story to New York with Ralph Fiennes leading the way alongside our brilliant cast and creative team.”

“We’re honored to work with one of the world’s great playwrights, David Hare, and directors, Nicholas Hytner, alongside the brilliant Jamie Armitage, for this production. And we’re thrilled to welcome Ralph Fiennes to The Shed for his first live theater performances in New York since 2006,” said Madani Younis, The Shed’s Chief Executive Producer.

Straight Line Crazy was originally produced by the London Theatre Company at The Bridge Theatre in March 2022.

As part of the presentation of Straight Line Crazy, The Shed will produce a series of conversations about the legacy of Robert Moses and his continued impact on our city. Details to be announced.