Lakshman Achuthan and Anirvan Banerji are co-founders of the Economic Cycle Research Institute (ECRI). The opinions expressed in this commentary are their own.

Despite the continued optimism about the country reopening, US economic growth is already starting to slow.

Yes, year-over-year comparisons to the catastrophic conditions in the spring of 2020 have been puffing up recent economic growth data. But it’s important to understand that there’s much more to the story from an economic cycle perspective. That’s our conclusion not only from the data we regularly monitor that define economic cycles — like GDP and jobs — but also economic indicators that foresee peaks and troughs in those cycles.

At the bottom of a severe recession, the economy is like a coiled spring that jumps back up in the early part of the recovery. Once it’s almost fully uncoiled, however, its rebound slows.

That’s where we are today. While the economy continues to recover, our work shows that the pace of the recovery is already starting to decelerate. That’s clear from our U.S. Coincident Index, which combines the broad measures of output, employment, income and sales. The latest data shows the US economy’s growth rate — having peaked at almost 20% in March — slowing to 5% in June. Moreover, our analysis anticipates that the economy will keep decelerating in the coming months.
To be clear, a full-blown recession is nowhere in sight. And in the second quarter of 2021, we saw the strongest year-over-year GDP growth in 70 years. But even with the economy on track for full reopening in the months ahead and the jobless rate set to decline, economic growth is already decelerating, as we’re warning publicly for the first time here. 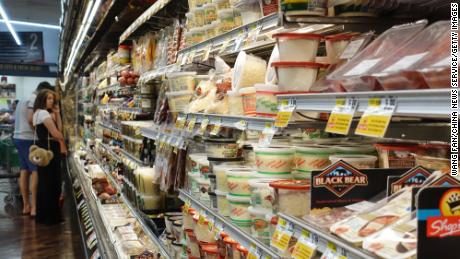 Separately, a confluence of factors — ranging from red-hot home prices deterring first-time home buyers to shortages of raw materials and construction workers — is slowing growth in home-building. And this slowdown is acting as an additional headwind for overall economic growth.
Ominously, our work also shows a strong link between the risk of serious stock market corrections and slowdowns in economic growth. Since 2010, all stock market corrections involving at least a 10% pullback in the S&P 500 began during such cyclical slowdowns.
The economy is in a similar place as it was about a year after the end of the Great Recession of 2007-09. By early 2010, with the economy undeniably bouncing back, there was growing optimism about a “V-shaped recovery,” in which the economy quickly bounces back like a coiled spring after hitting bottom. But the rebound in the “coiled spring” was actually about to slow, and our framework was already displaying caution flags. In early 2010, we predicted a deceleration in economic growth. Sure enough, actual economic growth peaked in May and kept slowing for a full year.

In the current cycle, as the economy started bouncing back last year, we explained why the ensuing stock market rally made perfect sense from a cyclical vantage point, regardless of all the negative news about the pandemic and political strife.
As economic growth expectations start to adjust downward in coming months, the risk of hitting major air pockets in the stock market will mount. The speed of the recovery from the Covid recession has been record-breaking, but it’s important to understand that it’s also as good as it’s going to get.
Source: Read Full Article