Nazara’s Rs 583 crore-IPO will run through March 17-19 and will be entirely an offer for sale. 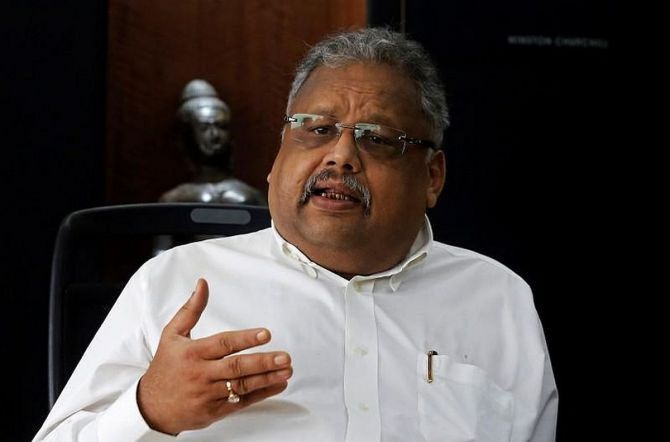 Rakesh Jhunjhunwala-backed Nazara Technologies is all set to hit the primary market with its Rs 583-crore IPO on Wednesday.

The diversified and online gaming firm’s three-day issue will run through March 17-19 and will be entirely an offer for sale (OFS).

While 5.29 million equity shares will be offloaded via OFS by some of the shareholders, Rakesh Jhunjhunwala, who owns 3.29 million shares or 11.51 per cent stake in the company as of September 30, 2020, has decided to hold on to his stake.

Nazara Technologies is an Indian gaming and sports media platform with presence in India, North America, Africa and Middle East.

Moreover, their content is developed in India for the Indian as well as global audience, allowing them to achieve scale.

The gaming industry is set to witness over 30 per cent CAGR over 2020-2023E on the back of high mobile penetration, increasing internet penetration and increasing number of gamers.

Thus, Nazara offers strong growth visibility as it has a widespread presence both in terms of geography and product portfolio.

The IPO is valued at 8.3x on H1FY21 (annualised) price/sales which we believe is reasonable when compared to the newly listed technology stocks.

Although this growth has come at the expense of Ebitda margins and return ratios, the pivot was an essential strategy to foray into diverse lucrative opportunities, leveraging an ecosystem of partners and creating business moats.

As the synergies and growth from these investments kick in, the margin profile and consequently return ratios are expected to return to a path of steady growth.

The offer is priced at a price/sales multiple of Rs 7.95x on the annualised sales of H1FY21. This may seem aggressive but would be justified in terms of the growth prospects in the medium to long term.

The company’s IPO will be the first pure play gaming company that would get listed on stock exchanges.

It has successfully leveraged its capabilities for in-house content creation, game engine development and proprietary technology stack development, ability to deliver positive LTV/CAC ratios across offerings and its relationships with telecom operators, app stores and other participants in gaming ecosystems.

Considering its leading position in the mobile gaming industry in India with a presence across emerging and developing countries and ongoing positive sentiments for new IPO’s in the current scenario, we believe a decent listing gain is possible.

The company has already posted revenue of Rs 200 crore in H1FY21.

The company has been reporting losses as they have increased their spending significantly on advertising & promotion from FY20 onward which will help drive strong top line growth for the company.

At current levels the stock is trading at EV/Sales of 11.6xFY20 revenues and we recommend a subscribe rating to the issue.

In India, mobile gaming is the largest and the fastest growing segment compared to PC and Console gaming.

Nazara is well placed in the online gaming space given its leadership position.

Its diversified set of offerings, portfolio of premium intellectual property, large and engaging user base, strong relationship with telecom operators & app stores are some of its key strengths.

Given the nascent stage of the gaming market in India and huge growth potential, we are positive on Nazara from a long term perspective.