Households are poised to splurge hundreds of millions of pounds as they begin to return to normal. The huge cash injection for pubs, restaurants, hotels and hairdressers – all allowed to open their doors again on July 4 – is seen as vital to helping businesses get back on their feet and safeguarding hundreds of thousands of jobs. Yesterday’s announcement on the easing of lockdown heralds the return to a more normal way of life and follows some green shoots for the stuttering economy following the decision on June 15 to allow non-essential shops to welcome back customers.

In a further boost, Chancellor Rishi Sunak is understood to be mulling a temporary VAT cut to help consumer confidence in response to the pandemic.

If he does intervene it would echo the tactic taken by former chancellor Alistair Darling during the crippling 2008 credit crunch.

The standard rate of VAT was increased from 17.5 percent to 20 percent in January 2011.

But there are suggestions Mr Sunak could sanction a more radical approach by bringing down the tax on most goods and services to 15 percent, or even lower, to mitigate the effects of the greatest economic emergency since the 1930s depression.

City experts told the Daily Express that despite the four-month crisis economic activity is actually ahead of where it was expected to be, given the seismic shock experienced in March.

One insider said: “All else equal, this tends to imply a faster rebound in the near term.” 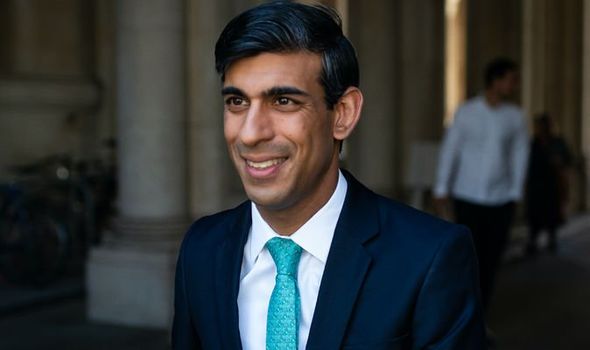 However, they added that beyond the current quarter there is a growing risk of a “shakeout in the labour market”, with more people being made redundant than previously expected. “That could slow growth in the medium term,” admitted the insider.

Dame Carolyn Fairbairn, Confederation of British Industry director-general, said easing social distance was the lifeline many businesses desperately needed, especially in the hospitality sector. She said: “Easing social distancing rules will make a material difference to the viability of thousands of firms.The move will also have a significant impact across sectors employing millions of people.”

She added: “Planning for a sustainable and inclusive economic recovery must now take centre stage.

“In the coming weeks business will be looking for the Government to accelerate efforts to protect jobs, livelihoods and future prosperity across all UK nations and regions.”

Kate Nicholls, chief executive of UK Hospitality, which represents bars, coffee shops, hotels, night-clubs and visitor attractions, said: “Having a reopening date of July 4 to work towards gives us some much-needed clarity and something for venues and the public to look forward to. 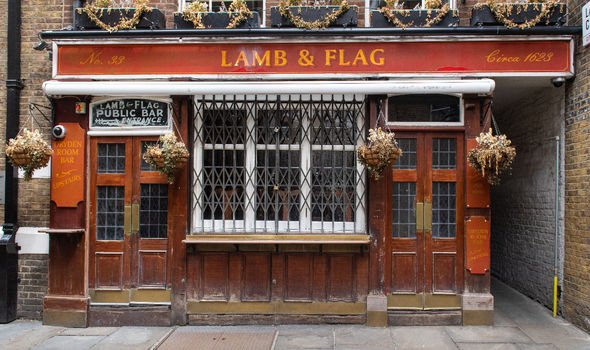 “Many customers will want to go out and support their local pubs, restaurants and coffee shops and hospitality has a huge role to play in helping rebuild the economy.

Ian Cass, managing director of the Forum of British Pubs, said: “The past three months have been a very difficult time for the pub industry as a whole, but in particular for the owners and tenants of the pubs themselves. The country will be celebrating them opening their doors again.”

The impact of coronavirus on the economy has been catastrophic.

The Government borrowed more than £103.7billion in April and May, meaning UK debt is now larger than the size of the whole economy.

Experts now fear the bill by the end of the financial year next April could top £300billion.

Taxpayer-funded support to public services, businesses and workers who have been furloughed has cost at least £123billion alone.

The Treasury has also taken a hit in the amount it receives in taxes.

It comes after the Organisation for Economic Co-operation and Development warned that those countries which had been forced to impose the most draconian restrictions now faced the longest road back to economic prosperity.

It predicted a slump in the UK’s national income of 11.5 percent this year. France, Italy, Spain are set to fare a little better, while Germany’s national income is set to fall 6.6 and America is expected to take a hit of 7.3 percent.

The Treasury said: “We’re delivering on our plan to reopen the economy safely.

“We’re already seeing our high streets spring back to life.

“And we are now looking forward to seeing our pubs and restaurants safely welcome back customers.”