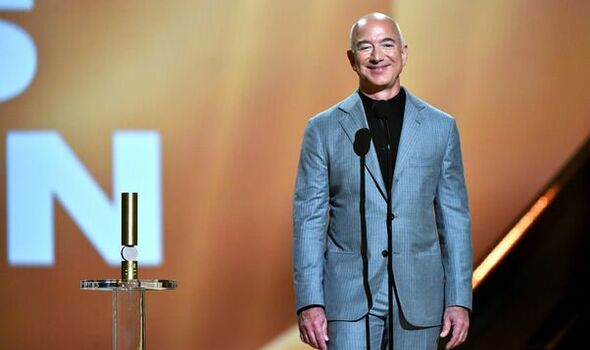 They issued the warning at a meeting on Wednesday between business leaders and Lucy Frazer, the Financial Secretary to the Treasury and minister responsible for tax policy. The Government closed its consultation on the introduction of an OST earlier this year. It is evaluating responses.

Both Amazon, founded by Jeff Bezos, and eBay are understood to have warned that if the Treasury proceeds with an OST, it will harm the 300,000 plus small to medium sized businesses that use them to sell their goods at a time of growing economic stress.

An executive from a rival retailer at the meeting said that introducing an OST would punish already stretched consumers.

A source briefed on the discussions said: “They [the Government] were told that we do not believe that people should be paying more at a time when there is a cost-of-living crisis.”

Additionally, businesses are believed to have said that an OST, which could be set at one percent or two percent of online sales values, would stifle innovation.

A Treasury spokesman said: “We have not decided whether to proceed with an online sales tax. The purpose of the recent consultation was to consider the design options and economic impacts of such a tax and explore the arguments for and against.”

The Government is considering bringing in an OST to help level the playing field between traditional bricks and mortar operators and online businesses, who do not have the same overheads, or suffer from the huge business rates increases that their rivals do.

According to the Centre for Policy Studies, if an OST were introduced, retailers would pass the cost on to consumers, resulting in them paying an additional £175million a year on average.

Tom Clougherty, CPS head of tax, added: “It would burden small businesses who sell online just as the economy risks sliding towards recession.”

“And it would help undermine the Government’s broader efforts to level up and boost economic growth.”