Venture-backed Oscar Health is almost as good at losing money as it is at raising it.

Since it was founded in 2012, the health insurance startup, which is going public at a valuation of $9.2 billion, has captivated investors with the promise of upending health insurance with sleek technology.

It’s raked in $1.6 billion in funding from investors like Alphabet, Founders Fund and General Catalyst, making it one of the most well-funded healthcare startups in recent years.

But Oscar has been plagued by losses since it was launched. By the end of 2020, it’s managed to lose almost as much money as it’s collected from investors. To date, the startup has lost a cumulative $1.4 billion, according to the paperwork it filed on February 5 for an initial public offering.

Oscar is losing money because it hasn’t mastered the basics of being a health insurer, industry experts told Insider. It has consistently struggled to price its health plans appropriately and tame its costs, making a profit all the more difficult to reach.

Achieving profitability will depend on whether Oscar can master those basics.

“Just because you claim you’re a disruptor doesn’t mean that these fundamental principles are suspended,” said Ari Gottlieb, a consultant who works with health plans, but not Oscar or other startups. “You have to manage a network, you have to price your product appropriately, you have to be efficient in how you operate, and you have to manage risk. It doesn’t seem like they’re doing any of that.”

Oscar could also devote more investment toward building up its nascent Medicare Advantage business, or it could lean into powering other insurers’ health plans with its software, which includes virtual care and 80 automated programs to keep patients healthy.

Oscar declined to comment, citing constraints related to the IPO. 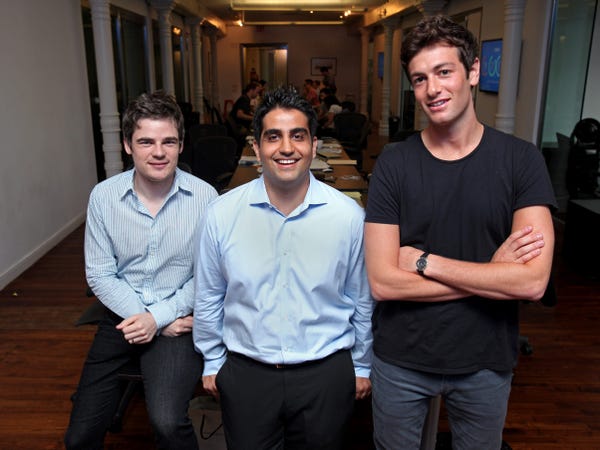 Why Oscar is losing money

Oscar, founded by Mario Schlosser and Joshua Kushner, was created to sell health plans on the Affordable Care Act marketplace. The company served about 529,000 people across 18 states as of January 31. That’s up from about 402,000 people at the end of 2020.

Its core business is the individual market, where most people receive financial help from the federal government to buy insurance and shop for plans based on their price.

But Oscar is betting that its technology and promise of a better customer experience will attract customers.

The company has spent loads of money on sales and administrative expenses, which include things like marketing, salaries, employee benefits and technology. It spent $94 million on marketing and commissions alone in 2020, up from about $50 million the year before.

Its administrative expense ratio, which is somewhat affected by Oscar’s reinsurance deals, was 26% of premiums in 2020, according to its S-1 filing.

Though its administrative ratio has come down from over 50% in 2017, it is still more than double what competitors are spending. Centene, another major ACA marketplace insurer, reported an administrative expense ratio of 9.5% in 2020, while insurer Molina Healthcare reported a ratio of 7.6%.

Gottlieb said Oscar is “massively overspending” on marketing and customer experience in a market where people largely shop on price alone.

“That’s not the game in the individual market,” Gottlieb said. “That’s not how you make money, because it’s a commoditized product.”

Oscar was the lowest-priced individual-market plan in any given market less than 10% of the time in 2021, the company said in a roadshow video for investors. It said it grew membership anyway.

Meanwhile, Oscar is spending a lot on medical care.

Its provider networks often contain prestigious, brand-name hospitals like Mount Sinai in New York and Cleveland Clinic in Ohio that many other low-cost marketplace plans exclude.

The result is that Oscar is likely paying high prices to the hospitals in its network, because it doesn’t have enough members in many of its states to negotiate good rates, said David Anderson, a health policy researcher at Duke University.

Its medical-loss ratio, a measure of how much money it spends on medical claims, has long exceeded its competitors’ measures.

Oscar’s medical-loss ratio was 85% in 2020, meaning it spent 85% of its premiums on medical care for its customers. While that’s improved from a ratio of 88% in 2019, driven by the pandemic, it’s unclear if that’s sustainable beyond the crisis, when patients begin frequenting the doctor again.

In comparison, Molina Healthcare, which serves 318,000 people on the ACA marketplace, reported a medical-loss ratio of 79% in 2020. The ACA requires a ratio of at least 80%.

The startup is writing big checks to other insurers

Oscar is also writing big checks to its competitors under an ACA program known as risk-adjustment. 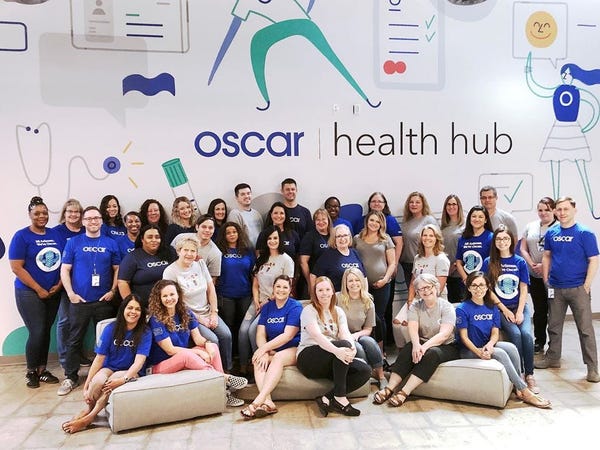 Oscar had to pay $716 million to other health insurers in 2020, the company said in its S-1 filing. That’s because its members are healthier-than-average, it said.

That payment wouldn’t hurt Oscar so much if its members weren’t still spending a lot on medical care.

Craig Garthwaite, a health economist at Northwestern University, said it’s also likely that Oscar hasn’t figured out how to “win” in the risk-adjustment program.

Savvy insurers are able to document all of their patients’ diagnosis codes so they adequately capture how much those patients would cost without any medical management, he said. Then, they’re able to manage patients’ care so that their health costs fall below that amount, he said.

Oscar could benefit from selling its software

Oscar, despite all its investor support, may never make a profit. It acknowledged as much in its S-1 filing.

“Why should we expect them to be successful? What is it that they’re doing that is this big differentiator that means that they’re going to be profitable in the insurance market?” Garthwaite said.

The insurer could start on the path toward turning a profit if it masters the basics of pricing and cost-cutting, Gottlieb said. Already, Oscar is pruning high-cost providers from its network in Los Angeles, he said. It remains to be seen how that will affect its membership and financials.

In its S-1 filing, Oscar laid out opportunities to grow its business by expanding into more states and selling coverage to new types of customers, such as large employers. It also wants to make acquisitions, form partnerships with other health plans and hospitals systems, and sell its technology platform to other insurers.

Selling its technology to other insurers “might be its best play,” depending on whether the technology provides value to the market, Garthwaite said.

Almost half of Oscar members use its app each month, and 37% of members who had a medical visit used its virtual care program in 2020, according to the S-1.

Oscar also said its platform has reduced emergency room visits by 13%, and members who use its app to find a doctor have had median cost savings of about 7%.

Oscar is already starting to sell its technology, suggesting that there could be value in its product. In January, it struck a five-year deal with small Florida insurer Health First to allow Health First members to use its tech tools and concierge care. It has also launched co-branded health plans with the Cleveland Clinic and Cigna that are powered by Oscar’s technology.

Focusing on Medicare Advantage is another option

Oscar could turn its focus to selling more health plans to seniors in Medicare Advantage, the private alternative to the traditional Medicare program for people 65 and older, sources said. It covers just 3,200 people in that market as of January 2021, its second year selling the plans.

Oscar may be able to grow its older, individual-market members into its Medicare Advantage plans when they become eligible, Garthwaite said.

The problem is Medicare Advantage is extremely competitive and dominated my massive insurers with a lot of experience, which could make it more difficult for Oscar to gain a foothold in the market.

Still, Oscar’s technology, care teams and programs to keep people healthy may prove more useful at lowering healthcare costs in that market, where patients stick with the same insurer for longer periods than members in the individual market, Anderson said.

This story was initially published on March 1 and was updated on March 2 with new details from Oscar’s updated filing.