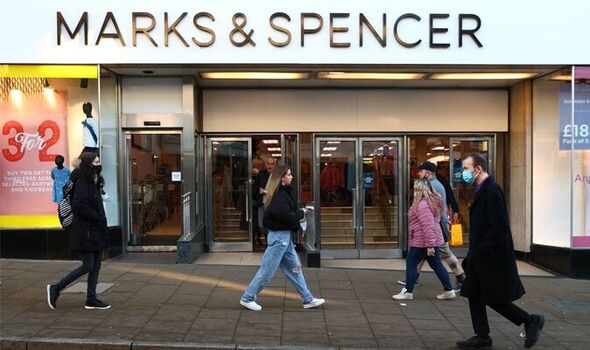 The retailer slammed what it called “failed local authority or government policy”. It said: “As a result, a high proportion, but not all, of our relocations are to the edge of town.”

M&S said it was moving from “old multi-floor buildings, often with challenged fabric and poor access and car parking, to modern, well-located sites”.

It still plans to open 15 new “full-line” stores in the next three years, including seven in former Debenhams sites.

The revamp will lead to a further 32 store closures.

The high street giant also signalled more price rises to come because of a “substantial” rise in costs.

It came as M&S announced it had swung to a £391.7million profit for the year to April.

It follows on from a £209million loss in the previous 12 months, with sales growing to nearly £10.9billion.

Clothing and home business returned to growth, with sales up 3.8 per cent from two years ago before the full impact of the pandemic, helped by a surge in online orders as shop takings fell. Sales in its food arm jumped 10.1 per cent.

But it warned profits will be hit by a decision to pull out of Russia, for which it will take a £31million hit, and the ending of a business rates holiday.

He said: “People will come back from enjoying their first holiday for a couple of years and then there will be realism of the energy bill increases.”

“Between autumn and January we will start to see it bite.”

Before that, he predicted many people would put concerns aside to enjoy the Queen’s Jubilee.

He added: “We know from our market research that at least 40 per cent of the population is planning to have a street party.”

M&S’s costs are rising by an average of seven per cent. Mr Rowe warned: “A chunk of it will get passed on.”