‘Moonshiners’ stars reflect on their success with the controversial booze: ‘We started a craze’

Steve Tickle and Josh Owens are chronicling their adventures making hooch for the popular reality TV series, which has been airing since 2011.

Forget the spiked eggnog. Several moonshiners want folks to warm up with their hooch.

Josh Owens and Steve Tickle are back for season 12 of Discovery Channel’s "Moonshiners," which chronicles how several distillers are carrying on a centuries-old tradition passed down from their forefathers. The popular series has been airing since 2011.

And moonshine, or illegally produced alcohol, is reportedly on the rise around the world in both production and consumption. During Prohibition, distillers concocted the high-proof spirit in secret to escape the ban and taxes. 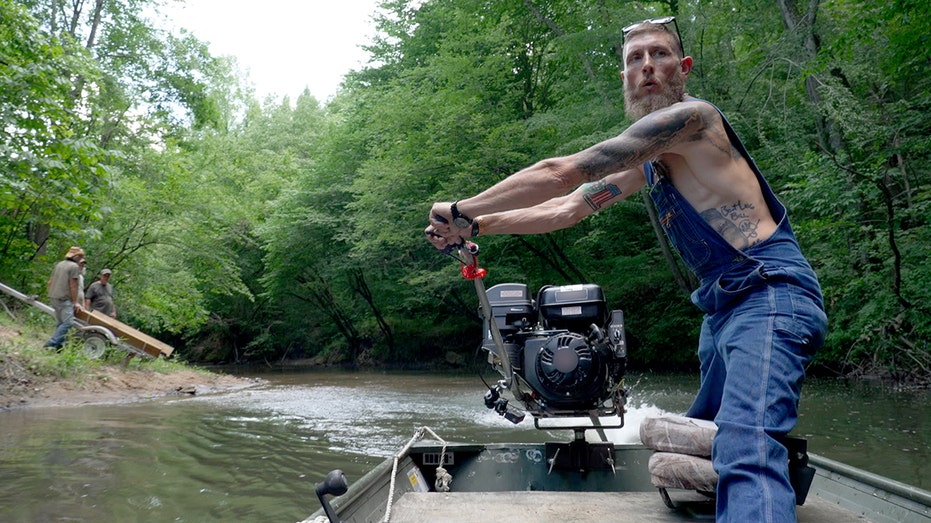 Josh Owens said he’s noticed a spike of interest in moonshine since the launch of the series in 2011. (Discovery Channel / Fox News)

"I think moonshine in general has been booming for the past 12 years," Owens told FOX Business. "After the show started, I went to get some yeast at a local brewery supply place, and I couldn’t even get yeast because everyone was out trying to make their own stuff.

"I think we may have changed the world here a little bit because we started a craze. Right now, I think it’s getting back to that more and more. With the way the economy is and the way the world’s changing, I think a lot of people are starting to think about growing their own … food or whatever … having chickens, eating their own eggs and stuff."

'DIRTY JOBS' STAR MIKE ROWE REVEALS THE NEW GIGS THAT TESTED HIS GUTS: 'MY DREAMS WERE FEVERED AND VIVID'

"People are starting to want to get back [to] those old days," Owens added. "’Cause, let’s face it. Things [are] out of control. Inflation’s out of control. It’s taking all your money to make money. But if a person can sort of self-sustain themselves a little bit – I think people are going towards that."

As the show sparked the curiosity of viewers over the years, it has been in hot water. In 2011, Virginia alcohol regulators said the series was misleading viewers into thinking the state was tolerating illegal booze manufacturing. At the time, Virginia Department of Alcoholic Beverage Control spokeswoman Kathleen Shaw told The Associated Press that viewers have asked why the state is allowing a crime to take place. She insisted the show is a dramatization and no illegal liquor is actually being produced. 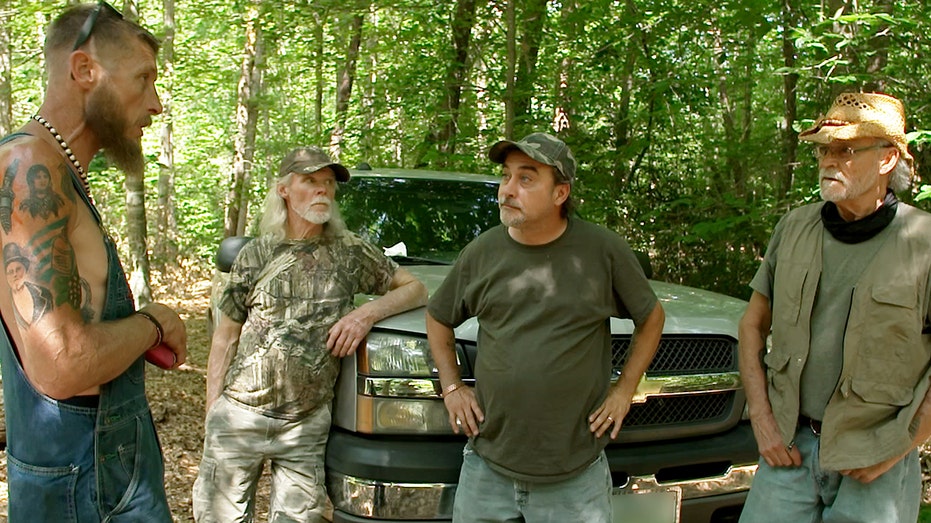 "If illegal activity was actually taking place, the Virginia ABC Bureau of Law Enforcement would have taken action," she added.

The department also issued a statement saying it wouldn’t have participated in the filming had it known how the show would’ve turned out.

"Virginia ABC agreed to participate in an informative piece that documents the history of moonshine and moonshine investigations in Virginia," the statement said. "Virginia ABC did not participate nor was it aware of the false depiction of moonshine manufacturing, distribution and/or transportation in the filming and would not have participated in the 'documentary' had it known of this portrayal." 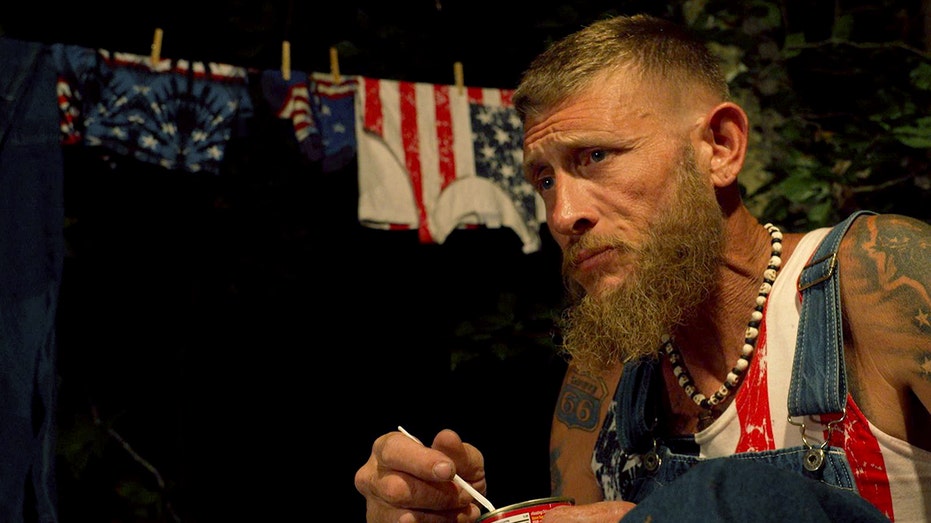 The show’s producers said they stood by the series.

"Magilla Entertainment, the production company behind the hit series ‘Moonshiners,’ stands behind the docuseries and feels it accurately portrays the secret life of those who make moonshine and the law enforcement tasked with capturing them," Matt Ostrom, partner and executive producer, told Fox News Digital after some viewers questioned the show’s veracity.

Nearly every country has its take on moonshine and produces it with various ingredients and types of distilling methods. Across Eastern Europe, several farmers who create brandy by distilling apples have fought European Union regulations to change the amount they can legally brew at home, Forbes reported. The outlet noted that, in Poland, the government confiscated 430,000 liters of "bimber" made from grain or potatoes. It was donated to disinfect transport and public buildings, as well as handed out to police and border guards during the coronavirus pandemic. 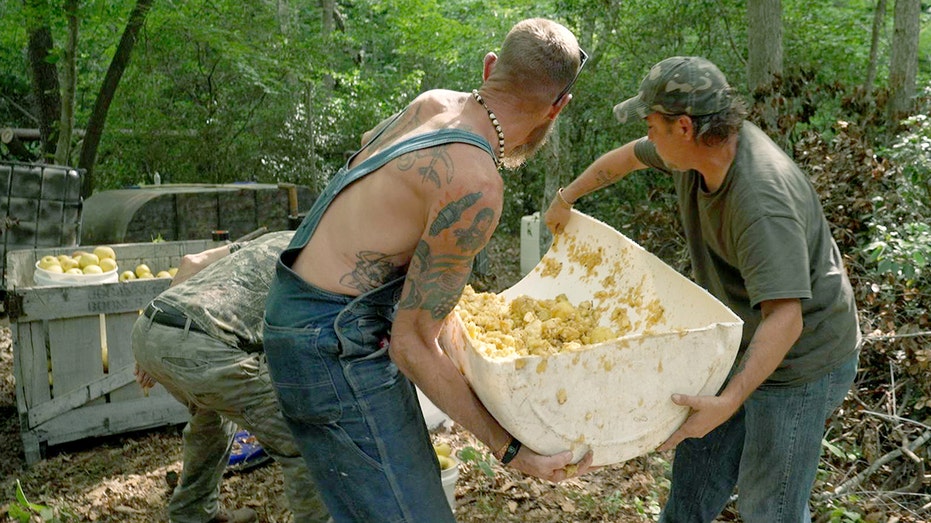 Tickle and Owens moving mashed apples in the series for their spirit. (Discovery Channel / Fox News)

Tickle, who appears in the series alongside Owens, told FOX Business there’s a reason people can find the controversial spirit in some liquor stores today.

"What makes the moonshine that we make in the woods illegal is the lack of paying a federal tax," he explained. "I’ve got a moonshine in the liquor store myself. It’s through Sugarlands Distilling Company. … [It’s] made with a true moonshine recipe. The only difference is that federal taxes have been paid on that. … There are some great ones you can [find] [at] the liquor store shelf."

Forbes also reported that many companies, such as Ole Smokey and Popcorn Sutton, have gone legit. Bloomberg reported that, in 2010, many Southern states relaxed distillery regulations, which allowed many moonshiners to also go legit. 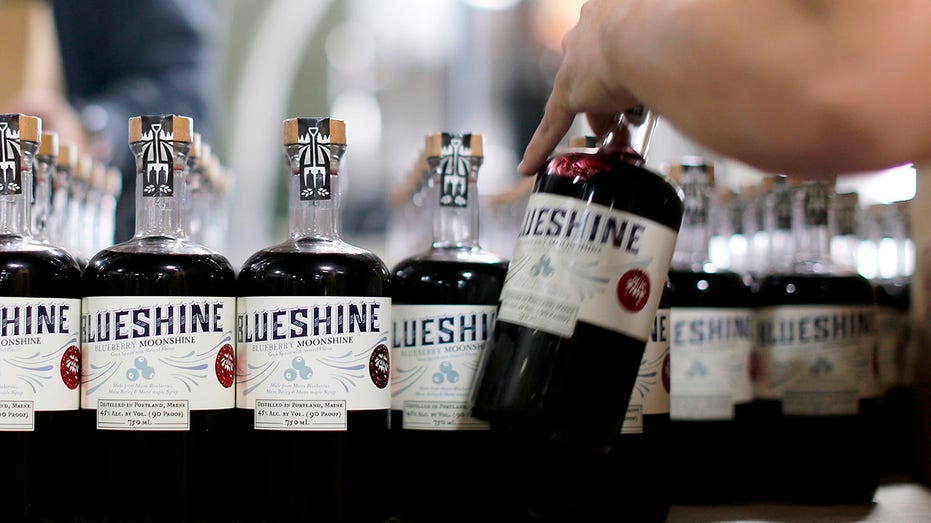 It’s encouraged many to experiment with fun flavors in hopes of boosting business.

"Apple has always been a No. 1 seller," Tickle explained. "Also just a good straight grain liquor. … And with good straight grain, you can make just about any flavor you want by adding fruit and spices. I’ve even seen people go as far as putting pine needles and straining them back out. It kind of gives it a little bit of a gin flavor."

Tickle’s "Dynamite Cinnamon Moonshine" from Sugarlands promises to start sweet and end with some heat. 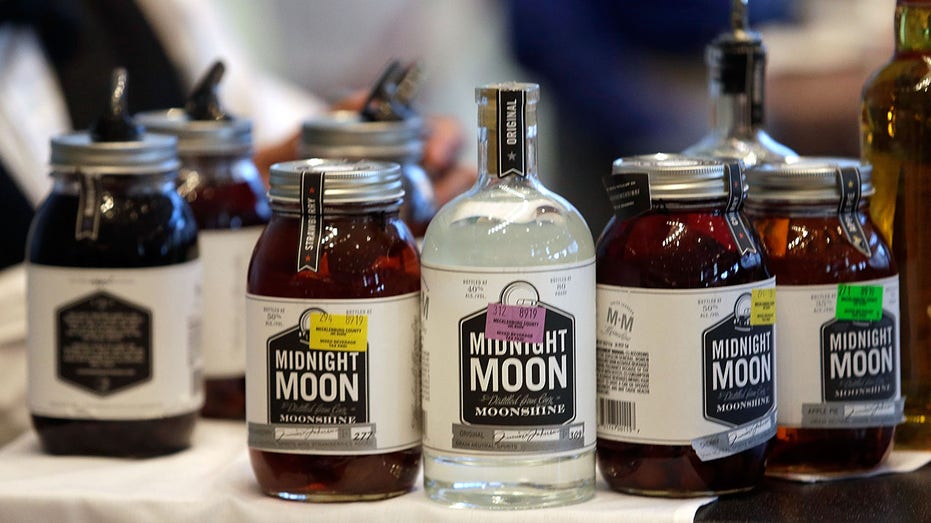 But there’s one thing Owens and Tickle stressed while sharing their adventures on the small screen: Don’t try this at home.

"It’s kind of like having a race car team," said Owens. "You don’t just jump in and do it."