Between June 1 and July 28, about 32 per cent of the 685 districts in the country did not receive adequate rainfall. 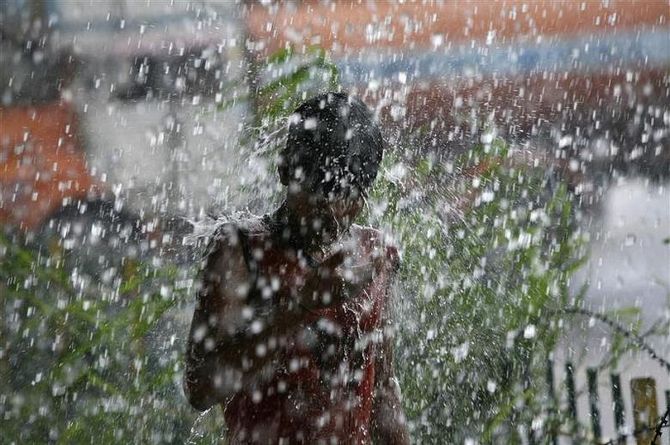 After a strong start in June, the southwest monsoon reduced over some parts of the country in July, wiping off the early gains, the data from the India Meteorological Department shows.

Till July 28, India received around 425.5 millimeters of rainfall, which is just normal.

Till June end, the country had received 18 per cent more rainfall than the normal, one of the best performances in recent years.

Thereafter, though East and Northeast India continued to receive good rains, which led to flooding in those parts, the showers stopped over much of Central and North India.

Between June 1 and July 28, about 32 per cent of the 685 districts in the country did not receive adequate rainfall.

“There has been some letdown in the monsoon in July, which was against expectation as El Niño remained neutral and did not turn into La Niña as was expected.

“But, August promises to be better and rainfall in North-West India in the states of Punjab, Haryana, UP, Delhi will improve, so also in Central Indian regions,” said Mahesh Palawat, vice-president of meteorology and climate change at Skymet Weather.

The break in southwest monsoon in July, meanwhile, did not have much impact on sowing of kharif crops, except for slowing its pace a bit.

Till July 24, kharif crops were sown in around 79.95 million hectares, which was 18.50 per cent more than the corresponding period last year, with pulses and oilseeds leading the way.

This was a sharp drop in contrast to end June, when the area covered under kharif crops was almost double that of last year.

“There will be some breaks in monsoon and it is nothing to worry as it is normal,” a senior executive said.