The biggest worry is not the shrinking of the labour market, but the collapse of good jobs, reports Somesh Jha.

The biggest economic challenge of the government next year is reviving the job market after it was hollowed out by the pandemic.

The government’s survey of the labour market in the cities conducted from January-March 2020 and April-June 2020 is due for release, but has not yet been made public.

In the absence of this data, the Centre for Monitoring the Indian Economy’s Consumer Pyramids Household Survey offers the most comprehensive insights into the labour market.

The CMIE data shows the unemployment rate peaking at 27.1 per cent in the first week of May when India was in the middle of a national lockdown.

It fell to its lowest of 5.45 per cent in the first week of November, before almost doubling up to 10.1 per cent by December 20 — the highest level since June.

In the formal sector, which constitutes 10 per cent of the domestic labour market, the government estimates that around 2 million-3 million jobs were lost within six months of the lockdown being imposed in March.

This estimate is based on the subscription data from the Employees’ Provident Fund Organisation and Employees’ State Insurance Corporation.

It means that about 3-5 per cent of formal sector jobs were wiped out after the lockdown.

The biggest worry, however, is not the shrinking of the labour market, but the collapse of good jobs, said CMIE Managing Director and Chief Executive Officer Mahesh Vyas.

While the total job loss stood at around 10 million, the decline in regular salaried jobs was to the tune of 17.6 million, according to the CMIE data.

“The distressing signal is the migration towards low-paying and low-quality jobs. In 2020, India suffered its biggest loss of good quality jobs,” said Vyas, adding that the farm sector saved the day, with the addition of 1 million jobs.

Though the economy is on an upward trajectory, the government is only ‘cautiously optimistic’ owing to the uncertainties of the novel coronavirus. The manufacturing sector rebounded to register 0.6 per cent growth in the second quarter, from a sharp contraction of 39.9 per cent in the April-June quarter, mainly helped by steep cost-cutting measures, according to analysts.

Small companies saw a dip in employee costs by 10-12 per cent in the July-September quarter, which could either mean a decline in the headcount, salary cuts, or a combination of both.

According to the ManpowerGroup Employment Outlook Survey report, going into January-March 2021, ‘hiring intentions continue to reflect caution, with the outlook weaker than reported at this time last year’. When the lockdown began, the main reason for millions of migrant workers to leave the cities to go back to their villages was that most were part of the unorganised sector, with no safety net, making them more vulnerable during the pandemic.

What they face now is a situation where the job market has shrunk in the cities and good quality jobs have shrunk even further, as companies resort to hiring workers for shorter periods or with no social security cover.

With a vaccine in sight, a considerable percentage of workers will come back to the cities in 2021, hoping for better pay terms, working conditions, and job security.

What awaits them instead is a new set of nationwide labour laws set to come into effect from April 1, which may lead to a hike in employer wage bills (due to increased coverage of the minimum wage law and a change in the definition of wages), while providing them with considerable leeway for hiring contractual workers. 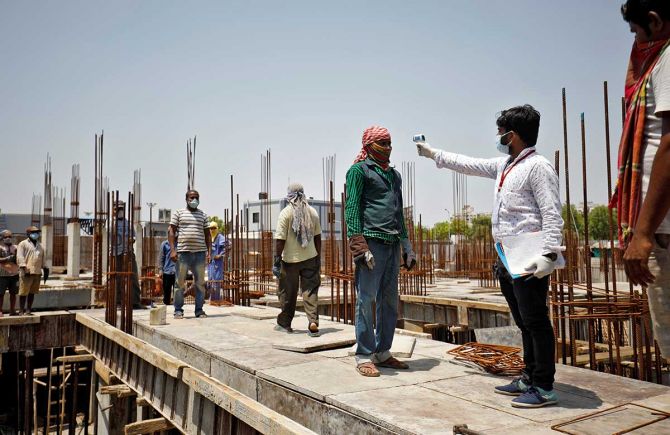 Many small companies will no longer have to adhere to the laws governing contract labour.

Moreover, when the pandemic struck, industrial states like Madhya Pradesh, Gujarat and Rajasthan, as well as non-industrial states such as Uttar Pradesh, changed their labour laws to make them more employer-friendly.

The licensing of factories and their inspection became easier. 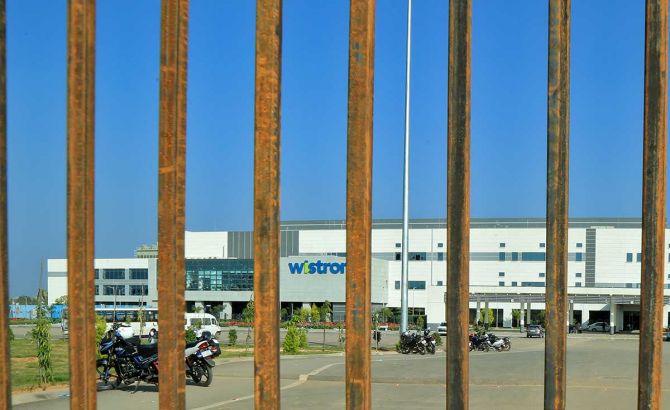 A harbinger of what the new labour regime may usher in is the growing labour unrest seen in many large factories, including those of global manufacturers.

Workers at Toyota Kirloskar’s Bidadi plant in Karnataka have been agitating since November 10 after the management dismissed a union member over alleged disciplinary issues and declared a lockdown when the agitation got out of hand.

The company says only about 5-10 per cent of its staff is willing to return to work.

The plant suffered damage and closed.

Apple has decided against entering into any new business with Wistron in future until the issues have been resolved. 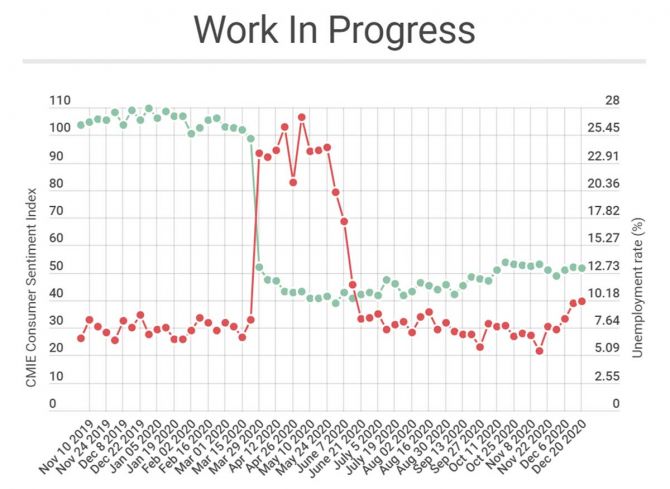 Earlier, in June, more than 1,000 — mostly unionised — workers lost their jobs after global retail giant H&M decided to phase out its business relationship with Gokaldas Exports in Karnataka, following the discovery of ‘suspected non-compliance with our minimum requirement to respect workers’ right to freedom of association’.

At this, Gokaldas Exports shut the Euro Clothing Company factory and laid off the workers.

H&M Group has decided to gradually reduce order volumes over the next 18 months.

2021 will reveal if the government can manage job creation and better working conditions, alongside a smooth environment for manufacturers. 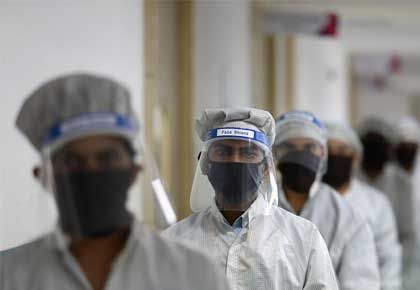 Related News:
Business News:
Climate Change SPAC soars 80% amid plans to merge with electric-vehicle charging network EVgo
7 cities real-estate investors should target in 2021, from the 'clever investor' who went from $30,000 in debt to flipping over 1,000 houses
Late Credit Card Payments at Historically Low Levels in U.S.
Over 2.7 million people have enrolled in this free online course that teaches you how to learn better
Biden's unrivaled ability to work with Senate Republicans like Mitch McConnell will define his presidency
Recent Posts
This website uses cookies to improve your user experience and to provide you with advertisements that are relevant to your interests. By continuing to browse the site you are agreeing to our use of cookies.Ok