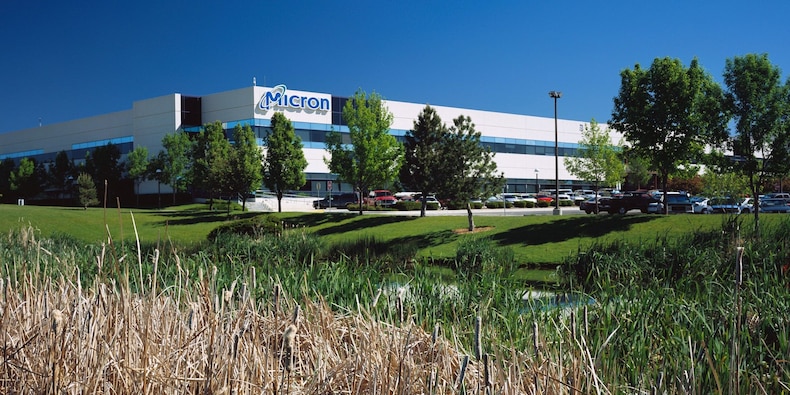 Micron Technology jumped as much as 6.5% on Thursday after beating top and bottom-line analyst estimates and posting a positive outlook in its fiscal second-quarter earnings release.

The Boise, Idaho-based memory and storage solutions provider posted non-GAAP net income of $1.13 billion which equates to earning per share of $0.98. The figure topped consensus estimates by $0.03.

The company guided for revenue of between $6.9 billion and $7.3 billion in the upcoming fiscal third quarter. That's compared to $5.44 billion from the same period a year ago. Gross margins are expected to be 41.5% with GAAP Diluted EPS hitting $1.52.

"Our technology leadership in both DRAM and NAND places Micron in an excellent position to capitalize on the secular demand driven by AI and 5G, and to deliver new levels of user experience and innovation across the data center and intelligent edge," the CEO added.

Micron Technology has traded steadily between $90-$95 per share over the last month, but the stock is up roughly 93% in the past six months.

Ahead of earnings, Rosenblatt Securities analyst Hans Mosesmann reiterated his "buy" rating and price target of $150 on the firm.

Needham & Company also maintained its "buy" rating on shares of Micron with a price target of $120.

Overall analysts are bullish on shares of Micron. The company boasts 47 "buy" ratings, 10 "neutral" ratings, and just one "sell" ratings from analysts. 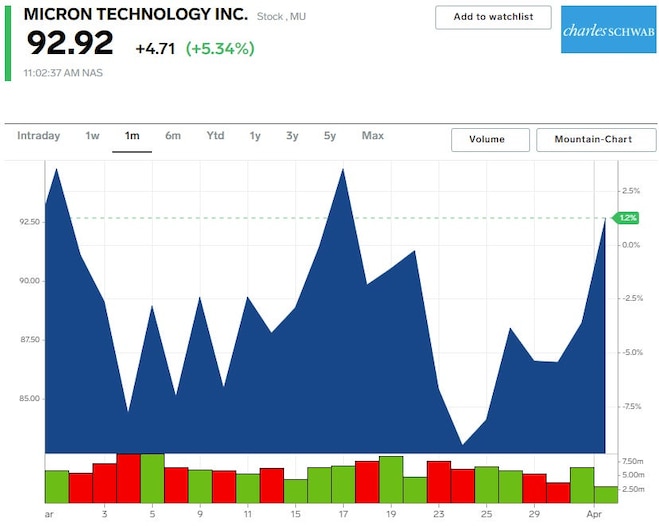