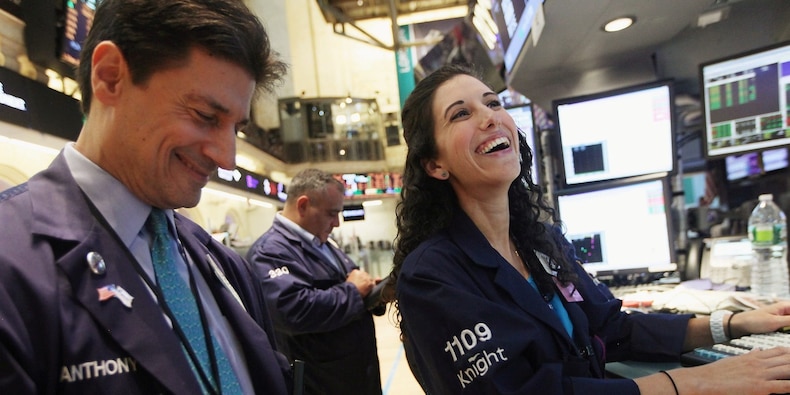 The 2020 election outcome is not final yet but any chances of a Democratic sweep have faded as Republicans are poised to take control of the Senate.

But the markets are relieved as they don’t prefer one party having control over both the executive branch and the legislative branch of government, according to Eric Diton, managing director at the Wealth Alliance.

President-elect Joe Biden has pledged to raise the corporate tax rate to 28%, which is higher than the current rate but lower than the one before Trump took office. Under Biden’s tax plan, US companies would have to pay more in federal taxes.

But even if the Democrats eke out a small majority in the Senate, there will be moderates among them who won’t vote for large tax increases. This would prove to be a relief for markets, Diton pointed out.

The October stock market pullback right before the election was a result of market concern over Biden’s tax agenda, he said. There was actually widespread relief that the Democrats lost seats, and that there is now closer balance in the house with a slightly Republican Senate.

After Democrats fell short in several Senate races on November 3, both of Georgia’s US Senate seats are headed for runoff elections in January.

Read more: How to trade the ‘McConnell Cap’ as Republican Kentucky senator has become Stimulus-in-Chief, according to a $400 mln wealth manager

It is highly unlikely that Democrats would make up a Senate majority because Georgia hasn’t given its vote to the party since 2000, Diton said.

If Republicans hold on to a Senate majority, that would prevent Democrats from passing much of the sweeping legislation they pledged to pursue under Biden. This includes healthcare reform, an economic stimulus, and green infrastructure policy.

Political gridlock would mean that the Federal Reserve may intervene in fiscal policy measures.

“The implication of having more gridlock in Washington is going to be that markets will look to the Fed to fill that void, so I think the Fed will take more action in the markets whether it means more lending, more open market bond purchases,” Diton said.

“If it sees that the economy is not recovering fast enough, the Fed will have to take more action to fill that void.”

Read More: Goldman Sachs says to load up on these 22 energy stocks set to soar as the market recovers — and details 10 to ditch