A very busy Broadway season comes to a close with its final production, and Sam Gold’s staging of Macbeth starring Daniel Craig and Ruth Negga is nothing if not a dynamic attempt to cap an unusual and often extraordinary theater season. Uneven – if not so much as Gold’s 2019 King Lear with Glenda Jackson – and peppered with choices both curious (what, no “double double toil and trouble?”) and captivating (a brief prologue that’s as funny as it is timely), this iteration of The Scottish Play, which opened last night at the Longacre Theatre, nearly holds up to the unavoidable hype of its starry cast.

Craig, 007-strong if forcefully one-note in the title role, and Negga – whose transformation from murderously ambitious soldier’s wife to haunted, spot-damning wreck is one of the production’s delights – lead a large cast that includes stand-outs Amber Gray (in the gender-switched role of the doomed Banquo), Paul Lazar (as the doomed King Duncan) and Grantham Coleman (as the doomed Macduff). 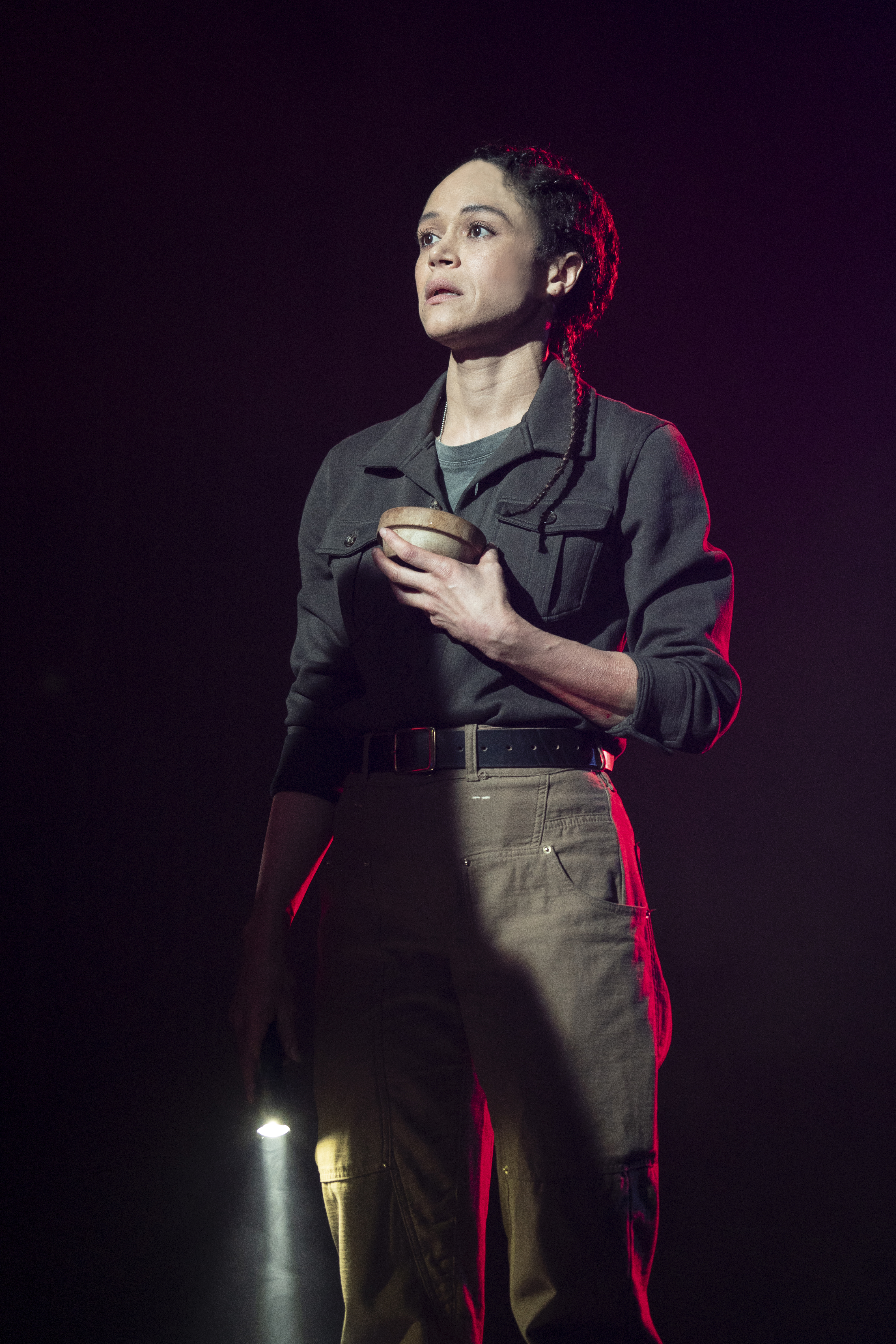 With all that doom, and a creative team that’s anything but withholding, this Macbeth promises lots of stage blood, eerie lighting and fog machines (hand-held and cleverly employed), all enhanced by effectively creepy original music (by Gaelynn Lea) that underscores the witchery, throat-slitting and madness with ominous Psycho strings and thunder drums. Gold makes good on all those promises, at least.

Performed on a mostly unfurnished stage, with Christine Jones’ set designed as a brick-and-scaffold backstage area, this Macbeth is contemporary in both dress and approach. Craig begins as the soldier Macbeth in a tight-fitting white t-shirt, black slacks and long, vaguely military-style gray coat, but adopts a more elitist (and not always convincing) look of silk pajamas, fancy paisley robe and teal smoking jacket after his bloody rise to power.

But well before the paisley, Macbeth sets its stage (as the audience arrives) with a trio of casually attired witches – like the rest of the ensemble, the coven is race- and gender-diverse, allowing for an examination of power dynamics that goes underexplored – silently stirring and blending whatever nasty concoction is bubbling in a stew pot on a modern-style kitchen block table. Gold signals early on that this will not be your parents’ Macbeth when the witches are joined onstage by the fine Chicago actor Michael Patrick Thornton, briefly appearing out of character (he’ll play Lennox). Addressing an audience that’s primed for a cancelation announcement, Thornton, who uses a wheelchair, instead cracks a few jokes and tauntingly invites everyone to mutter the taboo “Macbeth” into their masks. He reminds us that Shakespeare wrote this particular play, along with Antony and Cleopatra and King Lear, all within the single pandemic year of 1606, then the actor ruefully and comically considers his own (and, by suggestion, our own) months of comparatively fruitless Covid isolation

With a contemporary and light mood set, Gold pivots to something much darker as a large cast ambles congenially onstage while one of their number is slowly hoisted, upside down, into the air. One of the witches casually approaches and quietly slices the man’s neck, catching the draining blood in a cup.

Soon enough, Negga will make her entrance as Lady Macbeth, immediately establishing the killer couple’s chemistry, romantic and otherwise, as she leaps onto, and straddles, Craig’s Macbeth, setting a passionate Bonnie & Clyde vibe well before their first victim falls dead. Throughout this long night of knives, Negga (Passing, Agents of S.H.I.E.L.D.) ricochets both physically – bounding about the stage – and emotionally – she’s as convincing in her weeping, guilt-drenched, hand-scrubbing mad scenes as in her earlier displays of power-hungry zealotry.

Craig, maintaining a fairly constant tone of anguished determination, provides a center to all the bloody doings and plottings, an approach that, whatever else can be said about it, gives everyone in this mostly excellent ensemble a chance to shine. In addition to Negga, Gray (Broadway royalty after her amazing musical performances in Hadestown and Natasha, Pierre & The Great Comet of 1812) is particularly moving as Banquo, the stalwart general and betrayed ally of Macbeth. Equally powerful is Coleman as the grieving and vengeful Macduff, and, in a more comic portrayal, Lazar as the overstuffed and rather hapless King Duncan. 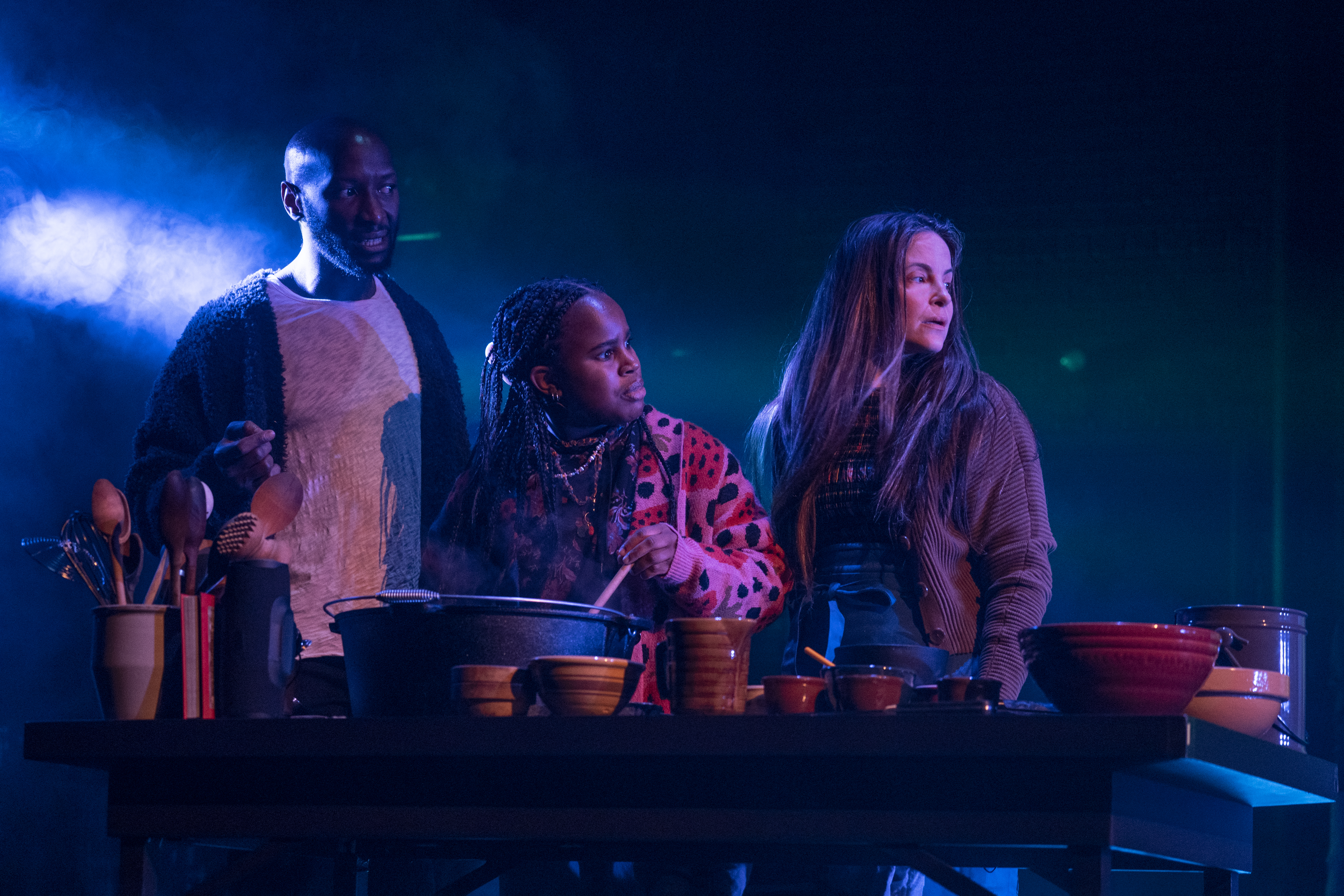 Lazar, like Thornton before him, will step out of character to address the audience, shedding a by-now bloodied fat suit, stripped to his boxers and wistfully noting his seemingly early departure from the play. This comic gambit, though amusing, comes off less impactful than Thornton’s destabilizing speech earlier on: By this point, we don’t need reminding about dramatic artifice or contemporary perspective (both Craig’s Macbeth and Lazar’s Duncan quench their thirsts with cans of light beer).

Nor is Lazar truly departing. In one of Gold’s riskier directorial flourishes, the dead of Macbeth never really leave. Even aside from the usual ghosts and apparitions, Gold’s stage will be populated by the sitting, silent victims of all that bloodletting, a choice that casts an appropriately spooky spell even as it – along with an unnecessary, weirdly upbeat visual coda – ultimately undercuts the wreckage and finality every bloody Macbeth deserves. 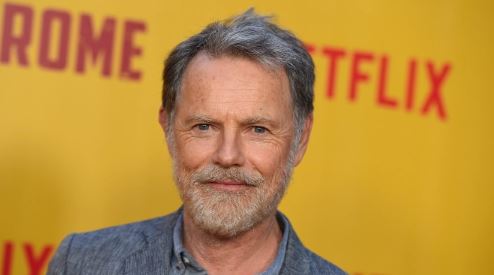