London (CNN)The United Kingdom and European Union have reached a post-Brexit trade agreement after months of fraught negotiations. The breakthrough averts a much-feared “no-deal” scenario that would have sparked economic chaos and risked major disruption to the flow of goods and medicines.

“Deal is done,” read the statement from Downing Street on Thursday afternoon — swiftly followed by confirmation from Brussels.
Speaking shortly after the announcement, Prime Minister Boris Johnson said the agreement was a “good deal” for the “whole of Europe” — one that signified “a new stability and a new certainty in what has sometimes been a fractious and difficult relationship.”

Echoing the nationalistic rhetoric that featured so prominently in the Brexit referendum campaign he said: “We’ve taken back control of our laws and our destiny…from January 1, we are outside the customs union and outside the single market; British laws will be made solely by the British parliament, interpreted by the UK judges sitting in UK courts; and the jurisdiction of the European Court of Justice will come to an end.”
Johnson claimed that the UK had achieved a “Canada-style” trade deal worth £660 billion (US $893 billion) and addressed the agreement on fisheries — a key point of contention in the negotiations — saying that the UK had taken back “full control” of its waters. 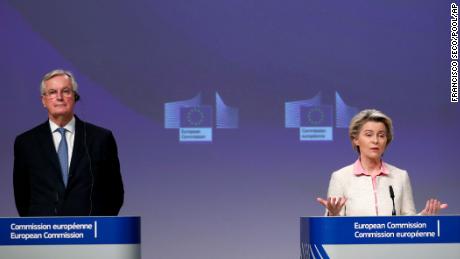 The European Commission President Ursula von der Leyen agreed that the EU had struck a fair and balanced post-Brexit trade deal, but signaled that the bloc had the upper hand in the negotiations.
“As we knew, in any case, if there would have been a hard Brexit, it would not have been good for both sides, but it would have hit the United Kingdom harder than the European Union with all its might of 450 million citizens. And therefore, from a position of strength we were able to come forward with the most comprehensive agreement we’ve ever had,” von der Leyen said at a news conference.

Key points from the deal:

Now that a deal has been agreed, EU leaders, the European parliament, and the UK government will all need to now approve the agreement on their own.
The hefty legal text of the agreement will first be translated, reviewed and approved by all 27 EU member states, whose leaders largely welcomed the news.
French President Emmanuel Macron said that “European unity and firmness have paid off,” and called the agreement “essential.”
Ireland’s foreign minister Simon Coveney welcomed the fact that the Good Friday Agreement would be protected and said that it was a “fresh start” for UK relations.
Belgium’s Prime Minister Alexander de Croo said that the only thing that mattered to him was ensuring the best protection for Belgium’s economic interests. “We must protect our Belgian companies from unfair British competition. Initial reports seem to indicate that this agreement will give us this crucial guarantee,” he said. 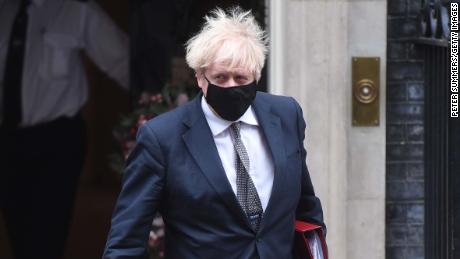 Once all member states give their sign off, it will then go back to the European Parliament, where Members of European Parliament (MEPs) will vote to ratify the deal.
But the European Parliament has said that it is too late to hold an emergency voting session before the transition period ends on December 31.
Instead, they plan to apply the EU-UK agreement “provisionally,” with MEPs reconvening formally to ratify the deal in the New Year. The Parliament will meet on December 28 to discuss Christmas Eve deal.
In the UK, British lawmakers will be brought back from their Christmas break to debate the legislation on December 30. The opposition Labour party said Thursday they would accept and vote for the trade deal.
While the deal marks a significant milestone in the four-and-a-half years since the UK voted to leave the EU, it is unlikely to end the years of toxic political debate in the UK.
Euroskeptic lawmakers are already organizing efforts to ensure that a deal does not leave room for the UK to drift back into the EU’s orbit.
After the announcement on Thursday, Johnson reinforced his support to leave the bloc, saying that while the EU was, and is, an extraordinary concept” the “UK’s own relationship with it was always difficult.”
“The very dense program of integration wasn’t right for the UK, and that’s why it was right to take back control in the way that we have. I think this deal expresses what the people of the country voted for in 2016 and I think there was a wisdom in what they decided,” he said.

So to all Europeans, I say it is time to leave Brexit behind — our future is made in Europe.

Pro-Europeans, meanwhile, will be hopeful that at some point in the future, the UK, perhaps under new leadership, will be able to strengthen ties with Brussels.
Europe’s Von Der Leyen acknowledged that it was a difficult day for some in the UK, but made it clear that Europe is ready to forge its own path.

Quoting the poet T.S. Eliot, she said, “What we call the beginning, is often the end, and to make an end, is to make a beginning.”
“So to all Europeans, I say it is time to leave Brexit behind — our future is made in Europe.”
Source: Read Full Article