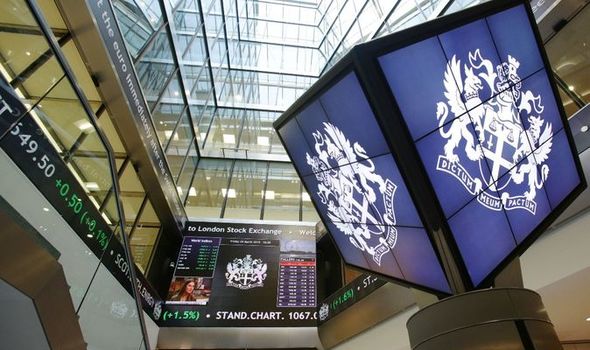 The group’s IPO (initial public offering), one of the largest of the year for the exchange, is backed by City investment giants BlackRock and Janus Henderson. The pair will own £367million of shares, giving them more than 11 percent of the company. Alphawave, which makes semiconductors used in electronic circuits, will use the money raised from selling shares to ­accelerate its growth around the world.

It says the flotation will raise its profile and allow it to reward and recruit key employees and executives.

The LSE has traditionally lost out on technology company flotations to Nasdaq in New York, but recently it has seen ­success, attracting Deliveroo and cyber defence group Darktrace, which is ­preparing for its own £4billion IPO.

Alphawave executive chairman John Lofton Holt said: “We are a global business and proud to be taking Alphawave public here in the United Kingdom where the silicon ­intellectual property business model was invented by great British companies like Arm and Imagination and where there is a deeply experienced semiconductor community.”

He added: “There is a long track record in the UK of investors who understand the value of licencing semiconductor IP.”

The Anglo-Canadian company has been profitable since it first started three years ago.

It designs high-performance, energy-­efficient semiconductors for use in 5G and other ­high-speed digital communications infrastructure.

The fast-growing company says it enjoys profit margins of 53.9 percent and that since its formation, revenues have grown annually at 161 percent. For 2020 it had revenues of £23.6million.

Last year it booked contracts worth £54.1million, compared to £19.6million in 2019. With the rapid growth in data use it believes that huge growth will ­continue.

The IPO is being ­managed by Barclays, JPMorgan and BMO Capital Markets.