With states in north India imposing stricter measures to curb intra-state movement after April 20, makers of summer products such as air conditioners, refrigerators, colas, and ice creams are estimating a 25-60 per cent drop in yearly sales. 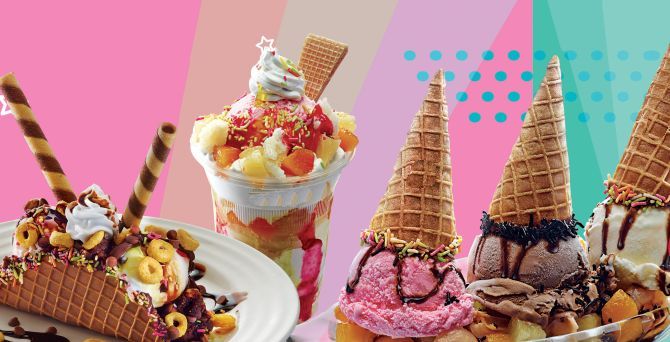 Manufacturers of summer products have begun feeling the heat of the extended lockdown.

And, with normalcy in operations and retail activities not yet in sight, they have been forced to redraw their yearly plans and targets.

The extension of the lockdown dashed their hopes of a revival in sales from mid-April.

With states in north India imposing stricter measures to curb intra-state movement after April 20, makers of summer products such as air conditioners, refrigerators, colas, and ice creams are estimating a 25-60 per cent drop in yearly sales.

Despite the home ministry allowing partial relaxation of the lockdown from April 20, key markets like Delhi, Punjab, Haryana, and Uttar Pradesh have introduced stringent measures to minimise movement across states.

Together, these four, along with Rajasthan, contribute to 40 per cent of sales for most summer products.

Take large appliances such as ACs and refrigerators, for example.

Like most other summer product categories, north India is their largest market – forming 38 per cent of yearly sales.

According to Kamal Nandi, president of apex industry body CEAMA and executive vice-president of Godrej Appliances, sales have dropped over 60 per cent in March and April.

“With the lockdown extending beyond April, we estimate a washout in summer sales,” he said.

More than half the refrigerator sales happen during the summer.

Manish Sharma, president and CEO of Panasonic India, said the firm has enough inventory to meet demand. However, with no retail activity for non-essentials, sales were yet to take off.

According to Krishan Sachdev, MD of Carrier Midea India, the period from mid-March to mid-April is the peak time for AC sales.

But the extended lockdown has kept firms away from manufacturing.

The indefinite deferment of the Indian Premier League has also hit the TV market.

The lockdown has not only hampered sales in the Rs 30,000-crore market, in which 15 per cent sales happen in these two months, but has also impacted overall annual sales.

Marketers of the Rs 22,000-crore branded cola market, which gets 55 per cent of its yearly sales during the summer, are facing a similar situation.

With out-of-home activity at halt, sales have plunged 80 per cent.

The cola industry gets over half its sales from out-of-home consumption.

Coca-Cola is banking on in-home consumption, which has spiked during the lockdown.

Like summer appliances, the north forms over 35 per cent of the cola market.

The on-going crisis has come as a rude shock for both Coca-Cola and PepsiCo, which have witnessed a steady rise in volume uptake in 2019, after years.

They are hoping to maintain the reduced off-take through e-commerce deliveries.

Ice cream majors Amul and Mother Dairy, which have strong presence in North India, are in a fix. Over half their sales come through moving carts, which have practically disappeared from the roads.

Supply and off-take through their branded milk booths that form close to 15 per cent of total sales are still on.

According to R S Sodhi, MD of Amul, the ice cream market may not recover this year.

Data suggests that close to 80 per cent of the Rs 5,400-crore annual ice cream sales take place during the summer.

North India contributes close to 30 per cent, after the west (35 per cent).