The drugmaker didn’t say how many doses were lost, and it wasn’t clear how the problem would impact future deliveries.

A vaccine ingredient made by Emergent BioSolutions — one of about 10 companies that Johnson & Johnson is using to speed up manufacturing of its recently approved vaccine — did not meet quality standards, J&J said. 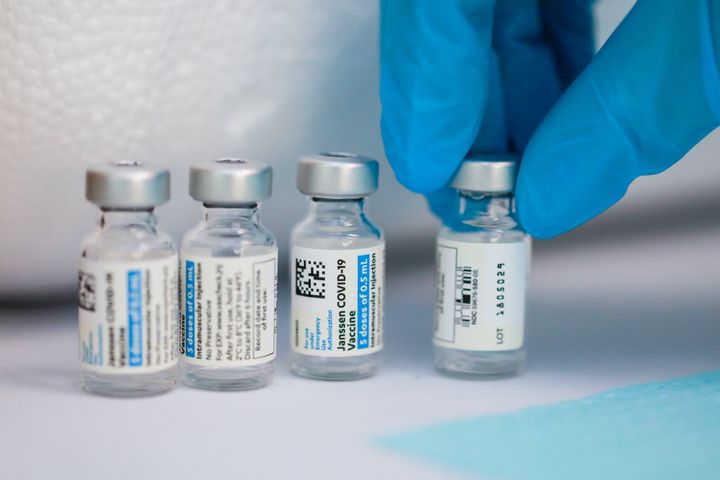 J&J said the Emergent BioSolutions factory involved had not yet been approved by the U.S. Food and Drug Administration to make part of the vaccine. Emergent declined to comment.

President Joe Biden has pledged to have enough vaccines for all U.S. adults by the end of May. The U.S. government has ordered enough two-dose shots from Pfizer and Moderna to vaccinate 200 million people to be delivered by late May, plus the 100 million shots from J&J.

A federal official said Wednesday evening the administration’s goal can be met without additional J&J doses.

A J&J spokesman said earlier Wednesday that the company met the end-of-March goal, but did not respond to questions about whether the Emergent plant in Baltimore, known as Bayview, had been cleared by FDA.

As of Wednesday, J&J had provided about 6.8 million doses to the U.S. vaccine effort, according to the Centers for Disease Control and Prevention’s online vaccine tracker. Some additional doses may not yet have been recorded as delivered, and federal health officials said Wednesday that another 11 million doses of the vaccine would be available for shipments starting on Thursday.

It was not immediately clear where those 11 million doses originated, but J&J has been shipping finished vaccines from its factory in the Netherlands to the U.S.

Emergent, a little known pharmaceutical company granted a major role in the federal government’s response to coronavirus pandemic, has been repeatedly cited by the FDA for problems ranging from poorly trained employees to cracked vials and mold around one of its facilities, according to records obtained by The Associated Press through the Freedom of Information Act.

The records cover inspections at Emergent facilities, including Bayview, since 2017. Following a December 2017 inspection at an Emergent plant in Canton, Massachusetts, the FDA said the company hadn’t corrected “continued low level mold and yeast isolates” found in the facility. Nearly a year later, agency investigators questioned why Emergent had “an unwritten policy of not conducting routine compliance audits” at a separate plant in Baltimore, known as Camden, where an anthrax vaccine is filled into vials.

Emergent’s revenues skyrocketed during the Trump administration, jumping from around $523 million in 2015 to more than $1.5 billion in 2020. The company has invested heavily in lobbying the federal government, according to disclosure records, which show the company spent $3.6 million on lobbying in 2020 alone.

J&J said it was putting more of its manufacturing and quality experts inside Emergent’s factory to supervise production of the COVID-19 vaccine, a move meant to enable delivery of an additional 24 million vaccine doses through April.

J&J said it still expects to deliver more than 1 billion vaccine doses globally by the end of the year.

The J&J vaccine has been viewed as crucial for vaccination campaigns around the world, because only one shot is required and it can be shipped and stored at standard refrigeration temperatures, unlike some other vials that must be kept frozen. The company also has pledged to sell the vaccine without a profit, but only during the pandemic emergency.

The problem with the vaccine batch was first reported by The New York Times. The FDA said it was aware of the situation but declined further comment.

The Associated Press Health and Science Department receives support from the Howard Hughes Medical Institute’s Department of Science Education. The AP is solely responsible for all content.

A HuffPost Guide To Coronavirus